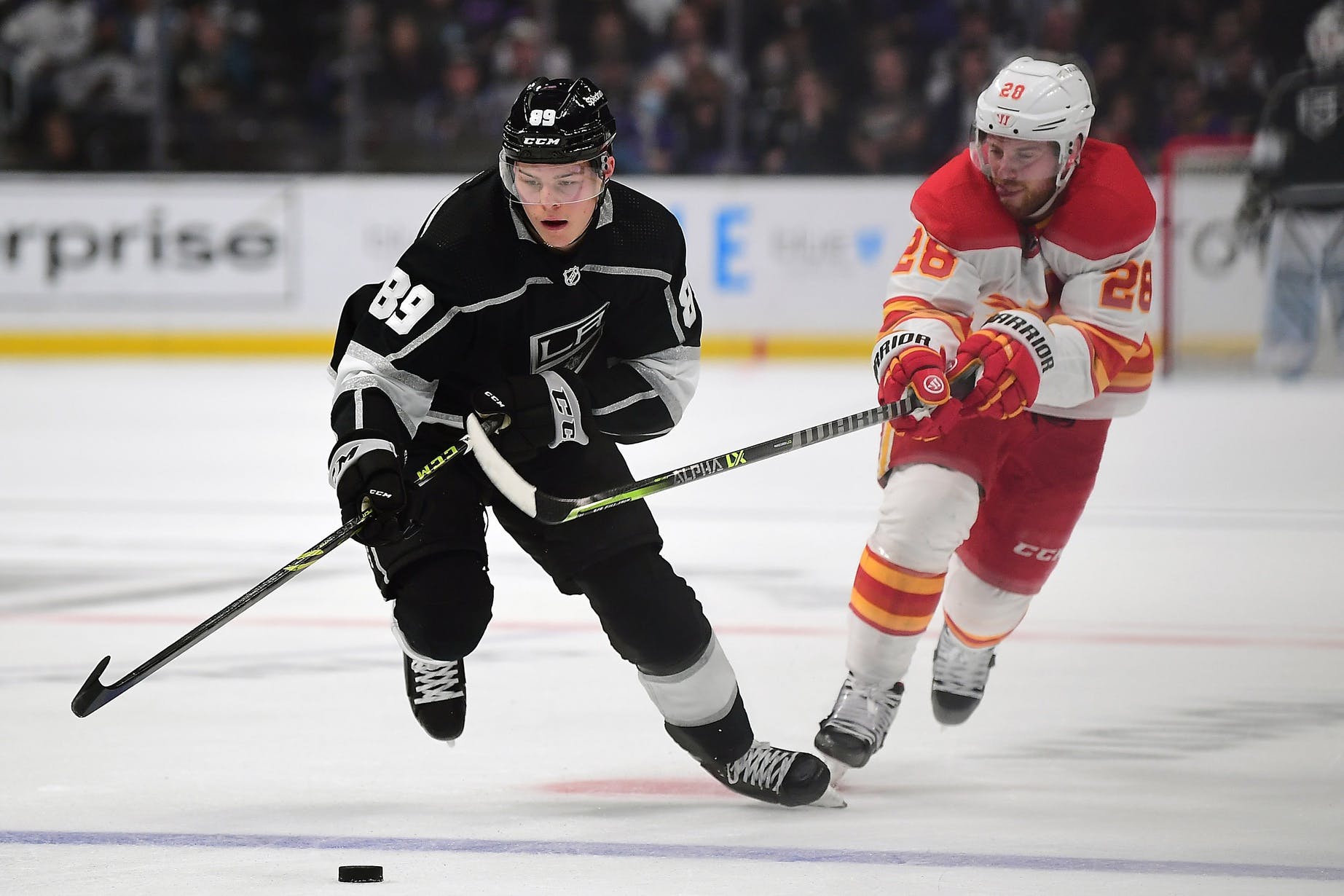 By Ryan Pike
8 months ago
The Calgary Flames began a four game road trip on the Pacific Coast on Monday night at the Crypto.com Arena in Los Angeles. In a tight-checking, playoff-style contest, they beat the Los Angeles Kings by a 3-2 score.
The recap is here, if you missed it. Here are the highlights and post-game comments from Monday night.

Johnny Gaudreau
On the game’s result: “It was a big win for us, start this road trip off the right way. We didn’t play our best game against them last time we played L.A, so we knew we had a lot better in us. I think we kinda stuck around there, took a couple too many penalties there in the third, but our PK did a great job and Marky did a good job.”
On his opening goal: “A lot of luck. Goalie kinda, I think he tried to rim it a little bit harder, missed, maybe, and then I just kinda fired it net front. I didn’t even know it went in until I saw Chucky raise his hands.”
Head coach Darryl Sutter
On Gaudreau’s three-point effort: “Johnny was on fire tonight. He was awesome. He’s been really good lately, and hopefully that will get the line going again.”
On the team’s offense coming from one source: “We had a lot of chances tonight. Tyler had two or three. Those are just him and the goalie. Other than Mange, I think our goal-scorers are getting chances.”
On Gaudreau’s takedown of Sean Durzi in the first period scrum: “Just think, if that had been a fight he could’ve had a Gordie Howe hat trick tonight. I was mad at the refs. I said ‘How could Johnny Gaudreau get a roughing penalty when there’s like 10 guys in there? There has to be somebody else to get a penalty.’ The referee said ‘Don’t point at me.’ I said ‘I wasn’t pointing at you, I was pointing to where the scrum was.'”