Clips and Quotes: the Calgary Flames beat the Vancouver Canucks 6-3 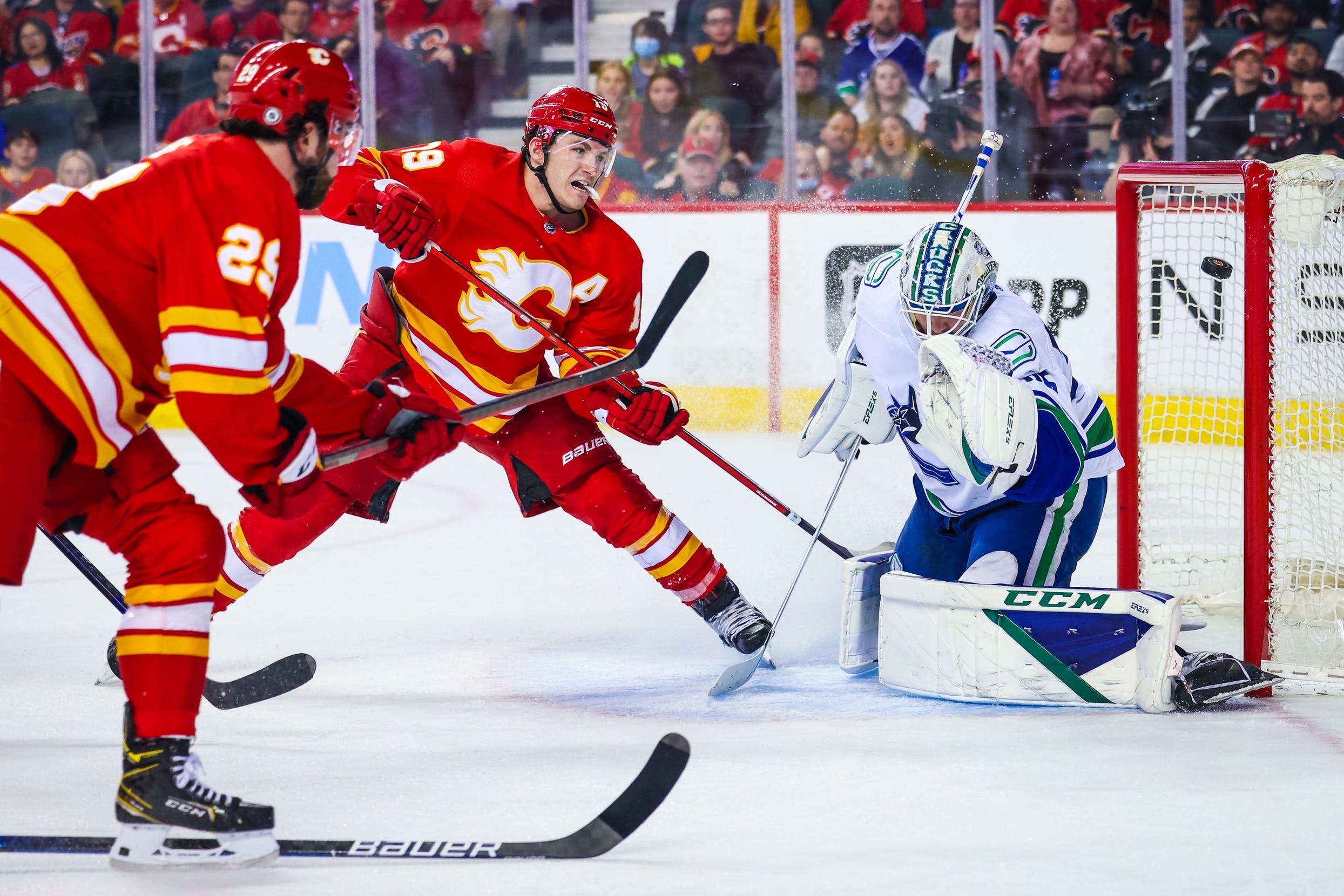 By Ryan Pike
7 months ago
The Calgary Flames completed the regular season portion of their home schedule on Saturday night when they hosted the Vancouver Canucks. The Flames never trailed, and responded quickly when the game was tied, en route to a 6-3 victory over Vancouver.
The recap is here, if you missed it. Here are selected highlights and post-game comments from Saturday night.

Head coach Darryl Sutter
On Dillon Dube’s recent performances: “Gives you a good solid player. A guy that can play both sides… Dillon, of all those young guys, he’s one guy that’s proven himself at other levels, but on the big stage. He’s played good for us.”
On the team becoming better at home this season: “I listened last summer to what the players told me, and it had gotten way out of hand at home here in terms of it was all about individual achievement, not team achievement… The exact words I was told: ‘more professional.'”
Elias Lindholm
On the relief he felt scoring his goal: “Obviously in the last game I had a lot of chances, and he made a nice save in the first period. So I felt at that point I didn’t know if I would get another one this season. It was nice to get one.”
Dillon Dube
On his recent stretch of good play: “It’s been good. I think our line’s been really good. They play direct. They play the right way. I think that O-zone time those two create and how direct they are creates all those opportunities.”
On Milan Lucic’s cowboy outfit: “I think he looks great. I think he looks great.”