Clips and Quotes: the Calgary Flames lose to the Dallas Stars 2-0 to tie series at 1-1 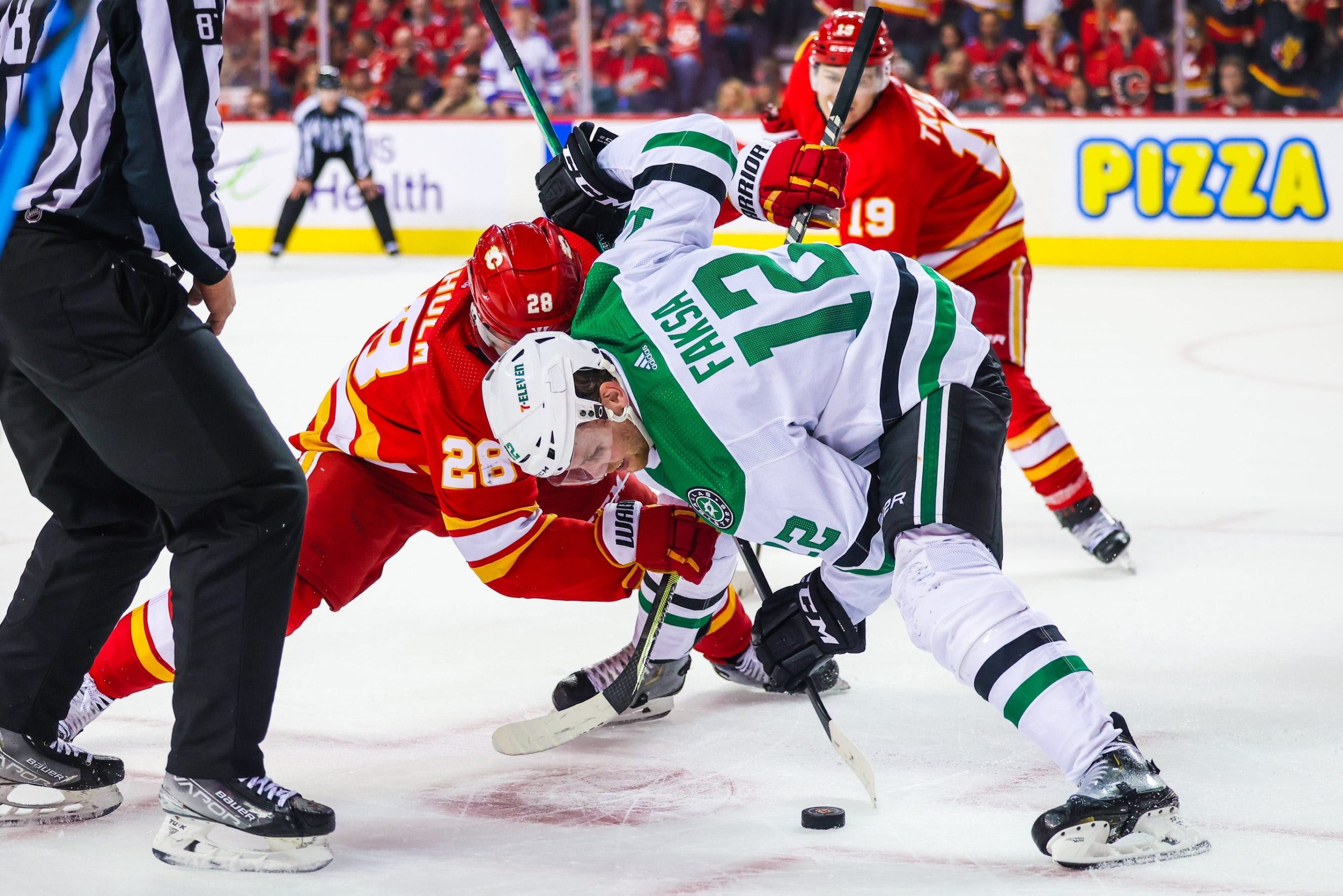 By Ryan Pike
7 months ago
After a low-scoring, tight-checking Game 1 on Tuesday night, the Calgary Flames and Dallas Stars delivered more of the same for Game 2 on Thursday night. This time, the Stars sent the crowd home unhappy by way of a 2-0 victory over the Flames to tie the series at one win apiece.
The recap is here, if you missed it. Here are selected highlights and post-game comments from Thursday night.

Head coach Darryl Sutter
On how the game unfolded: “Close game, just like the first one. Not much difference.”
On the team’s lack of offensive output: “I think the same thing we see in Game 1. One guy’s gotta get a bit more involved, not get boxed out so much.” [asked a follow up question] “That’s just what I said, their defence boxes out. That’s a top defence in terms of that structured part. I said before the series, they don’t give up much, so your big guy’s going to have to get inside to score.”
On the team’s adjustments in the second period: “I thought we were really good. Once all them four on four were out of the way, I thought we were really good for most of the second period.”
On Noah Hanifin bouncing back from the turnover on the Joe Pavelski goal: “He’s a veteran guy. He’s got to play with composure. We count on him to play with composure. And he does, and he will.”
Johnny Gaudreau
On the team’s lack of goals in Game 2: “I mean, they’re a good defensive team. I thought we had plenty of scoring chances tonight. Their goalie played well. But like I said: a couple two-on-ones, breakaway, I thought we did a good job in their own zone, but just gotta score, gotta bear down and put the puck in the net, starting with myself.”
Tyler Toffoli
On the team’s improvements in the second period: “I think we just weren’t turning the puck over. We were making their defence turn, getting in on the forecheck, and I think that’s where our team’s at our best, when we’re able to sustain zone time. I think we did a pretty good job at multiple different times in the game. Like John said, just didn’t capitalize on our opportunities.”