Clips and Quotes: the Calgary Flames lose to the Minnesota Wild 3-2 in overtime 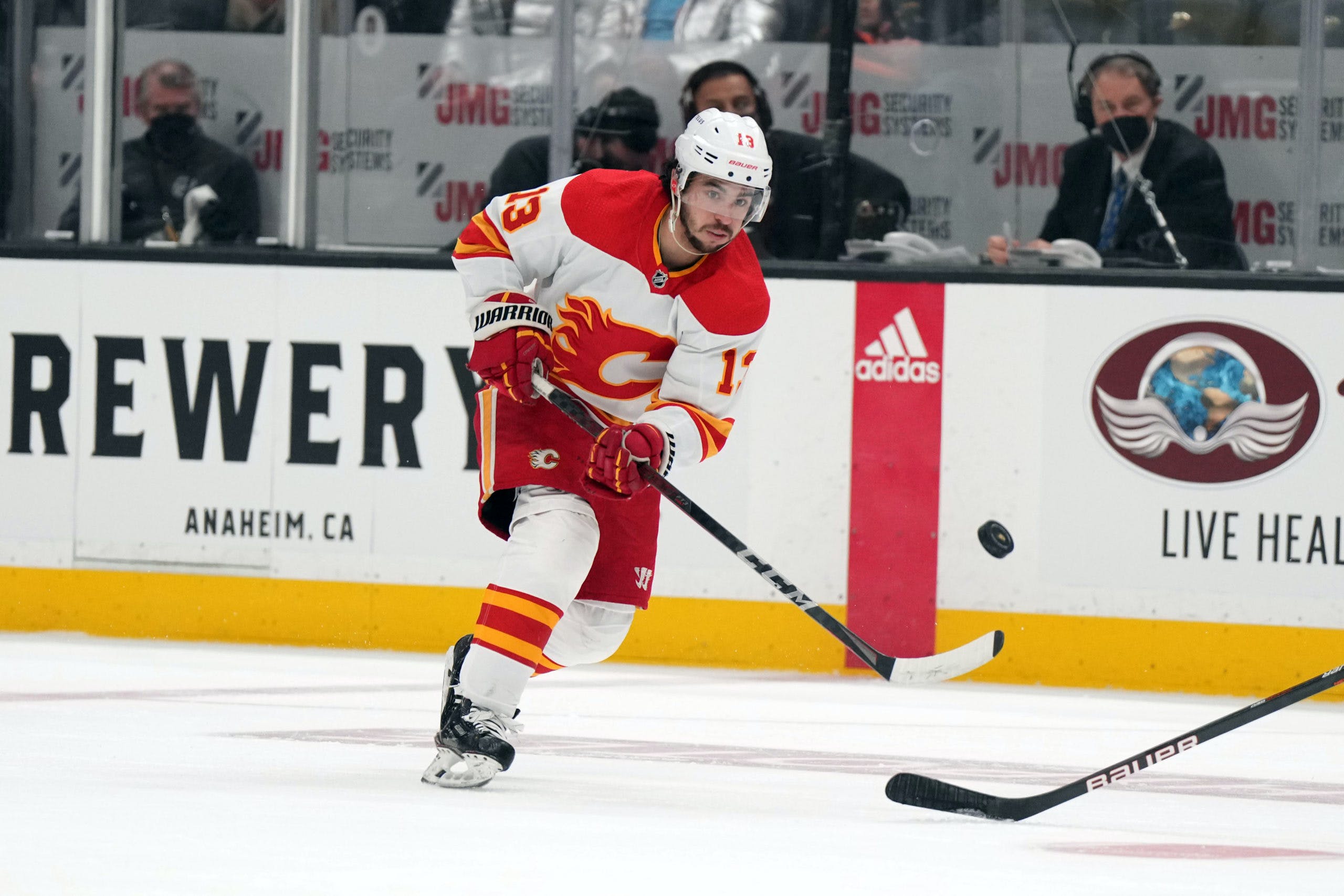 By Ryan Pike
7 months ago
The Calgary Flames visited the Minnesota Wild on Thursday in their second-last regular season of the season. It was a close, back-and-forth game, but ultimately Minnesota’s power play was better than Calgary’s, scoring twice en route to a 3-2 Wild win over the Flames.
The recap is here, if you missed it. Here are selected highlights and post-game comments from Thursday night.

Head coach Darryl Sutter
On how the game unfolded: “Lots of opportunities to win. We got taken to the cleaners at the face-off circles, cost us a couple goals.”
On Johnny Gaudreau’s 40th goal: “He scored from me to you. Four feet. That’s how you score. That’s how he scored his 40th, that’s how he’ll score when it’s for real.”
On the officiating on Rasmus Andersson’s penalty and the waved-off icing: “Nah. That’s a penalty on Rasmus. You can’t do it. That’s a penalty. The linesman’s gonna miss the odd call. They’re young guys, too.”
Johnny Gaudreau
On his 40th goal of the season: “It was cool. Obviously, got our team kick-started there in the second. Cool thing to do. Unfortunately it wasn’t the outcome we wanted as a team, but cool.”
On all three players on his line getting 40 goals: “Those two have been playing great all year. Getting a chance to play with them all year has been a lot of fun for me. I’ve been fortunate to play with some really good players in my career and those two are at the top of the list. It’s special playing with those guys.”