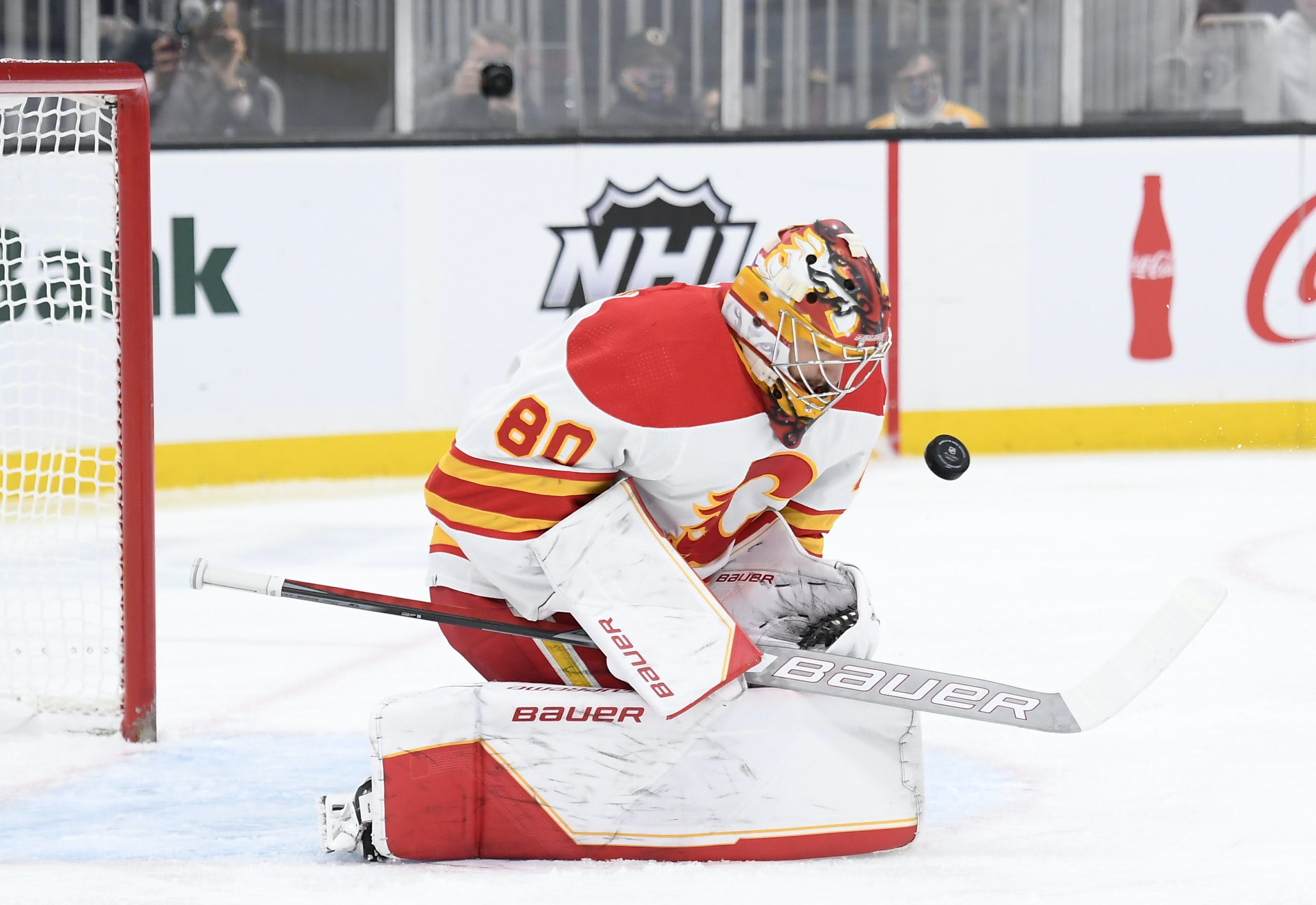 By Pat Steinberg
1 month ago
While a 9-9-3 record through the first quarter of the season is less than spectacular, Calgary’s so-so start isn’t completely void of positives. Led by the continued emergence of backup goaltender Dan Vladar, the Flames have a few encouraging trends to build on going into quarter number two.
And yes, we’ll look at a few concerning trends later this week, too.

Vladar’s 1-4-1 record so far really doesn’t tell the story. Always accountable, Vladar holds himself to a high standard and was quick to say his level of play hasn’t been good enough following Saturday’s 3-2 loss in Carolina. The reality is, though, Vladar’s level of play has consistently given Calgary a chance to win and has been higher than that of Jacob Markstrom, albeit with a smaller sample size.
Vladar’s 0.908 save percentage in six appearances, including five starts, isn’t fully representative either. His one poor outing vs. Seattle on November 1st brings that number down significantly; Vladar’s save percentage is 0.925 with that game omitted. In his last three starts vs. Boston, Pittsburgh, and Carolina, Vladar is sitting at 0.939 despite an 0-2-1 record.
Vladar is currently on pace to make 19 starts this season, which is too low based on how well he’s played. I’m not at the point some are in suggesting Vladar and Markstrom should swap roles, but I firmly believe the former deserves a larger starting workload. The Flames can do that while also letting Markstrom work through his first quarter struggles. 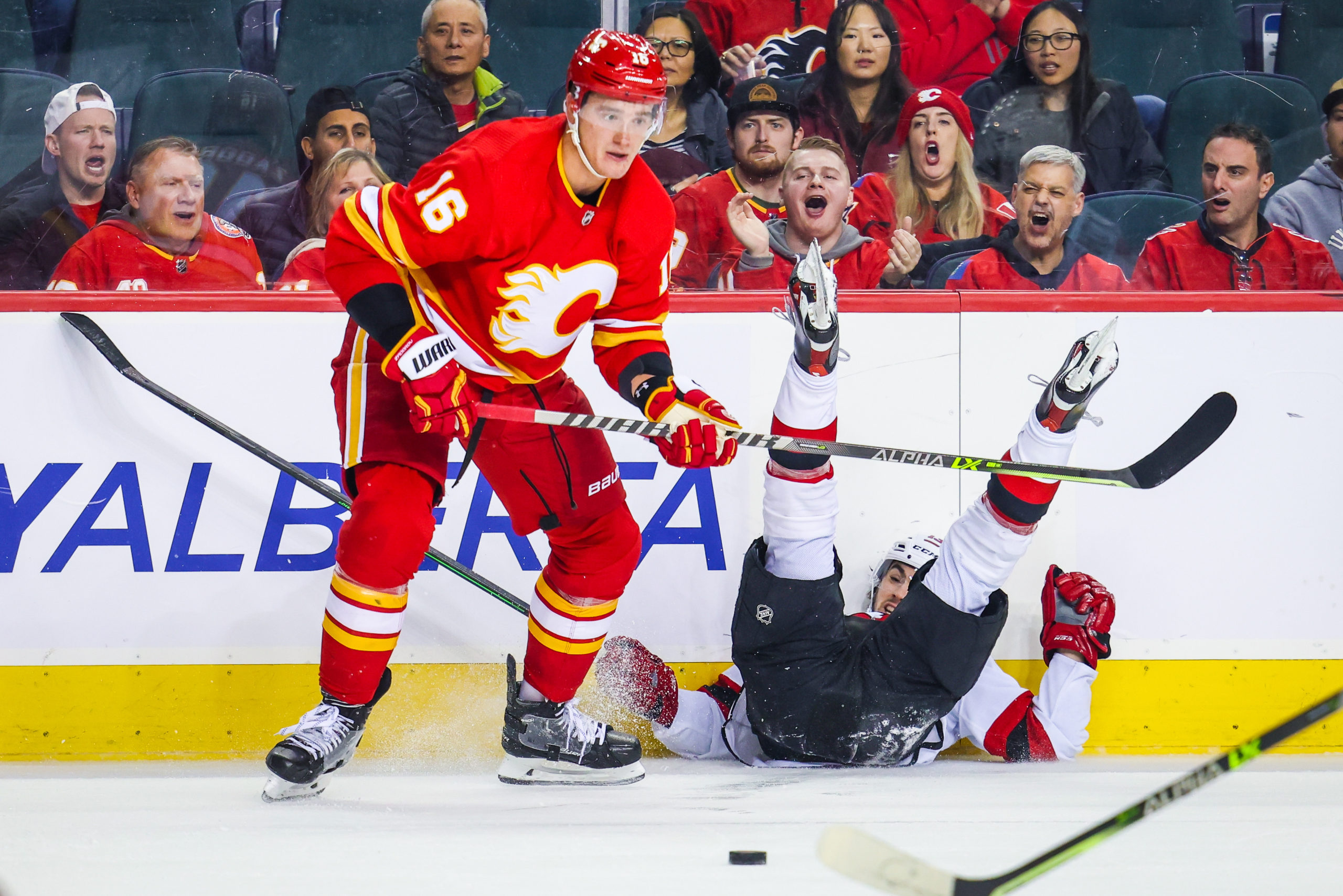 What we’ve seen from Zadorov over the last 13 months or so is remarkable. He started his time with Calgary last season in wildly inconsistent fashion but slowly settled into a third pairing role alongside Erik Gudbranson. Come playoff time, Zadorov was one of the team’s top performers and has carried that momentum into this year.
Already referred to multiple times as the Flames’ best defenceman by head coach Darryl Sutter, Zadorov is playing the best hockey of his life. Averaging a career-high 20:31 of ice time, Zadorov’s five-on-five outputs are better than they’ve ever been at the NHL level almost across the board. All underlying stats courtesy Natural Stat Trick.
Knowing how things have gone on defence this season, can you imagine where Calgary would be had they not re-signed Zadorov this summer? Zadorov has stepped up in a big way with injuries to Chris Tanev and Michael Stone, both in ice time and performance. Back in a third pairing role for the time being, Zadorov’s arrival has been one of the pleasant surprises of the last year. 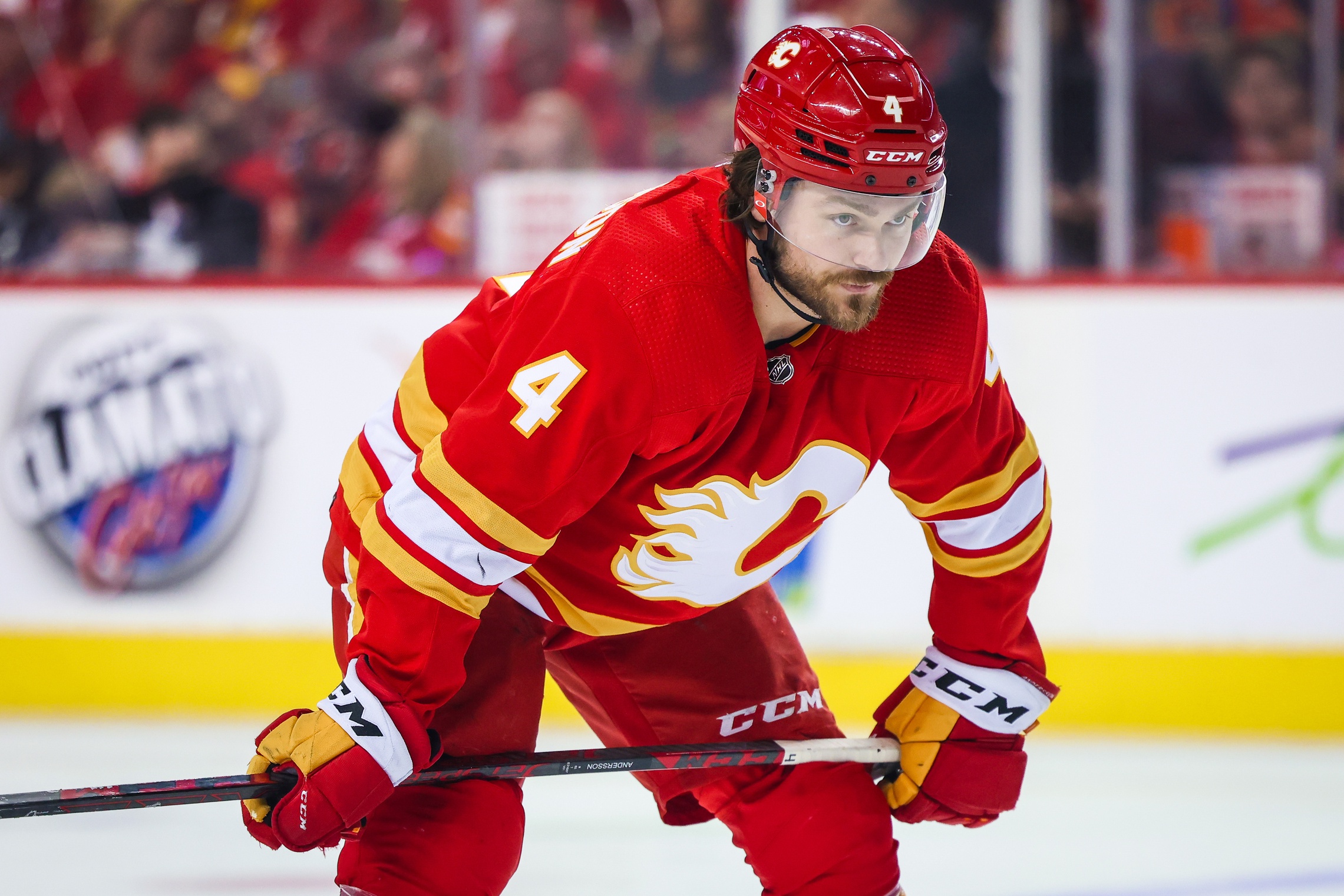 It’s been a long time since the Flames have had a bona fide power play quarterback. Mark Giordano and Dion Phaneuf have had decent stretches in that role in recent-ish years, but in all honesty, we’re probably looking back to names like Phil Housley and Al MacInnis. With what we’ve seen from Rasmus Andersson this season, however, it feels like that might be changing.
While Calgary’s number one power play has struggled of late, one area I’ve been consistently impressed with is Andersson’s work at the top. Andersson has improved significantly in his puck retrievals, ability to walk the line laterally, and distribution. It’s led to Andersson being one of the league’s most productive power play defencemen this season.
In fact, Andersson’s 5.66 assists-per-60 on the power play has him tied for sixth in the league and has him in the same conversation as names like Cale Makar and Morgan Rielly; he’s top 15 in the other categories. While his five-on-five play is capable of being better, Andersson’s work on the power play has been great. If/when the rest of PP1 figures it out, Andersson’s numbers are going to be even better.
Editorials
Recent articles from Pat Steinberg