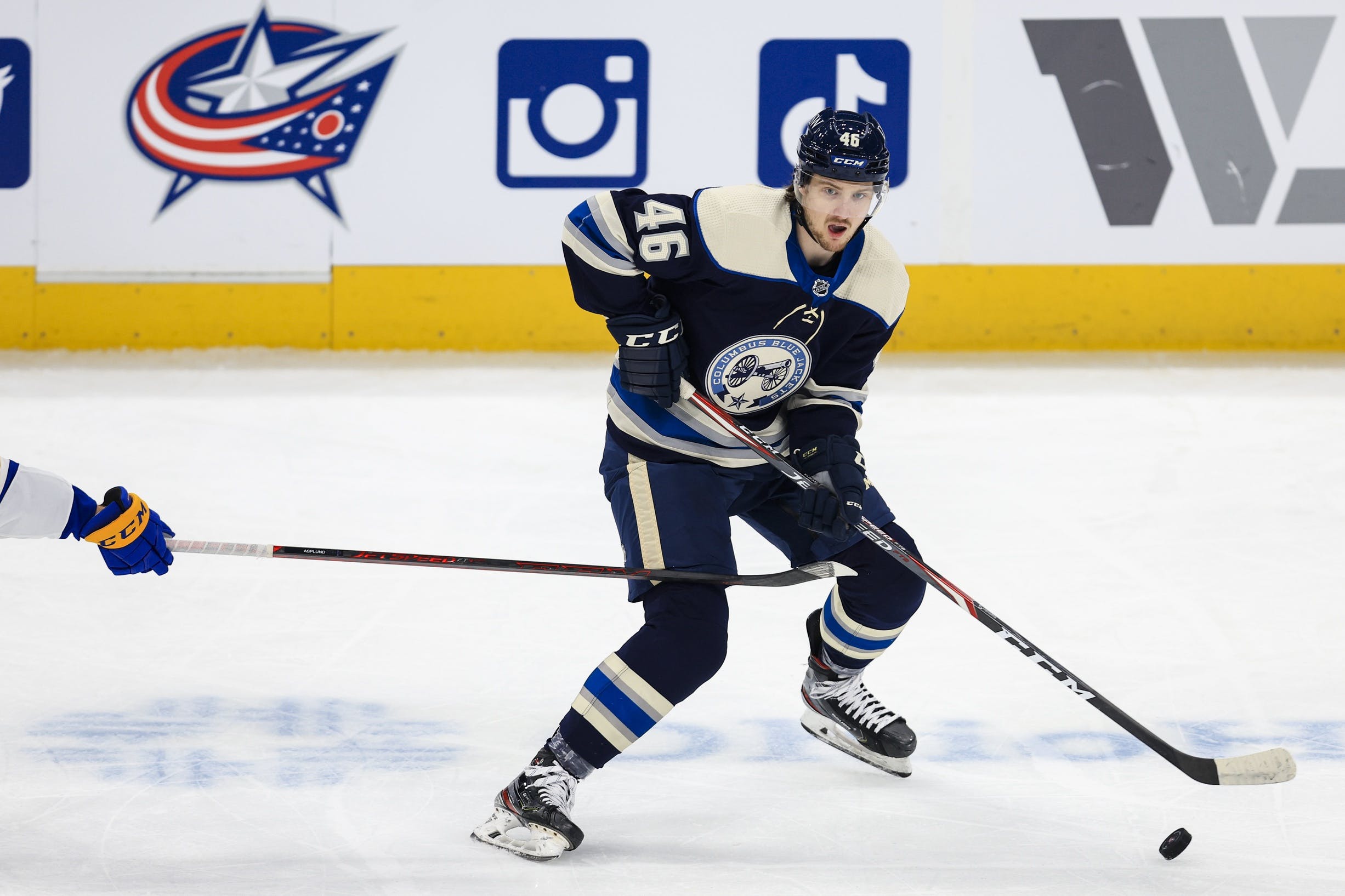 By Ryan Pike
9 months ago
We’re just shy of one month away from the National Hockey League’s 2022 trade deadline, which arrives at 1 p.m. MT on Mon., Mar. 21. The Calgary Flames are on a hot streak and have already made their big splash prior to deadline day, acquiring Tyler Toffoli from Montreal on Valentine’s Day.
But the Flames are probably in the market for a depth blueliner to insulate them from potential injury issues. Here are four blueliners we expect to be available that fit the club’s needs.

First off, why do we expect Brad Treliving to be looking for another blueliner? Well, because he seemingly always tries to add one in playoff years – see also: Oscar Fantenberg, Derek Forbort and Erik Gustafsson. Injuries are commonplace in the post-season and adding a wily veteran is probably something the club wants to avoid having to force minor-leaguers into tough situations.
The club has four NHL right shot defenders right now (Chris Tanev, Rasmus Andersson, Erik Gudbranson and Michael Stone) and three left shots (Noah Hanifin, Oliver Kylington and Nikita Zadorov), so an additional veteran leftie is probably the preferred add. If it can be done for less than the available $935,000 in deadline cap space, that’s ideal – because that way the Flames don’t need to ask their trade partner to retain any salary in the transaction.
Looking at adding left shot defensive depth isn’t an indictment of the up-and-comers the Flames have in their farm system like Juuso Valimaki or Connor Mackey, but rather it’s likely meant to insulate against having throw any long-term prospects into the playoff pressure cooker. Why throw a rookie into a tough situation when you can use a rental defender instead and allow the rookies to establish themselves as regular NHLers before they’re put into that situation?
We looked for left shot defenders who are pending unrestricted free agents, have some playoff experience, and are positive contributors within Evolving Hockey’s Goals Above Replacement model (either overall or in their defensive impacts).
As for prices: at last year’s deadline, Winnipeg got Jordie Benn for a sixth-rounder, Nashville got Gudbranson for a minor-leaguer and a seventh-rounder, and Montreal got Gustafsson (with half his cap hit retained) for a seventh-rounder. These are the types of deals we’re envisioning.

Connauton is a 31-year-old left shot blueliner. He’s played 347 NHL regular season games between Arizona, Dallas, Columbus, Florida, Colorado and Philadelphia. He has zero points in 26 games for the Flyers this season, playing on their third pairing. He has a $825,000 cap hit.
Connauton is more or less a non-entity offensively, but his defensive underlyings are sound and he’s at worst a replacement level left shot blueliner. He’s played eight career playoff games.

Hunt is a 33-year-old left shot blueliner. He’s played 211 NHL regular season games between Edmonton, Minnesota, Vegas, Nashville, St. Louis and Vancouver. He has six assists in 20 games for the Canucks this season, playing on their third pairing. He has a $800,000 cap hit.
Hunt has a bit more offense to his game than Connauton, but he’s essentially just a two-way defender who’s not great at anything but isn’t a drag on his team either. He’s played four career playoff games.

Kukan is a 28-year-old left shot blueliner who’s played his entire 129 game NHL career with Columbus. He has three goals and three assists in 17 games this season for the Blue Jackets, usually playing on their third pairing. He has a $1.65 million cap hit.
Kukan’s been a bubble guy pretty consistently in Columbus over the years, but he’s a really reliable, stable defensive presence. There’s just nothing about his game that tends to get onlookers excited. He’s played 19 career playoff games.

Seeler is a 28-year-old left shot blueliner. He’s played 136 NHL regular season games split between Minnesota, Chicago and Philadelphia. He has one goal and two assists in 31 games for the Flyers this season, usually on their third pairing. He has a $750,000 cap hit.
Seeler has averaged about a point every nine or 10 games as an NHLer, and he’s usually been the seventh or eighth guy on his team’s depth chart. He’s got size and the ability to defend well, but there’s not a ton of offensive upside there. He’s played 5 career playoff games.
Which of these potential depth adds would you prefer? Sound off in the comments!