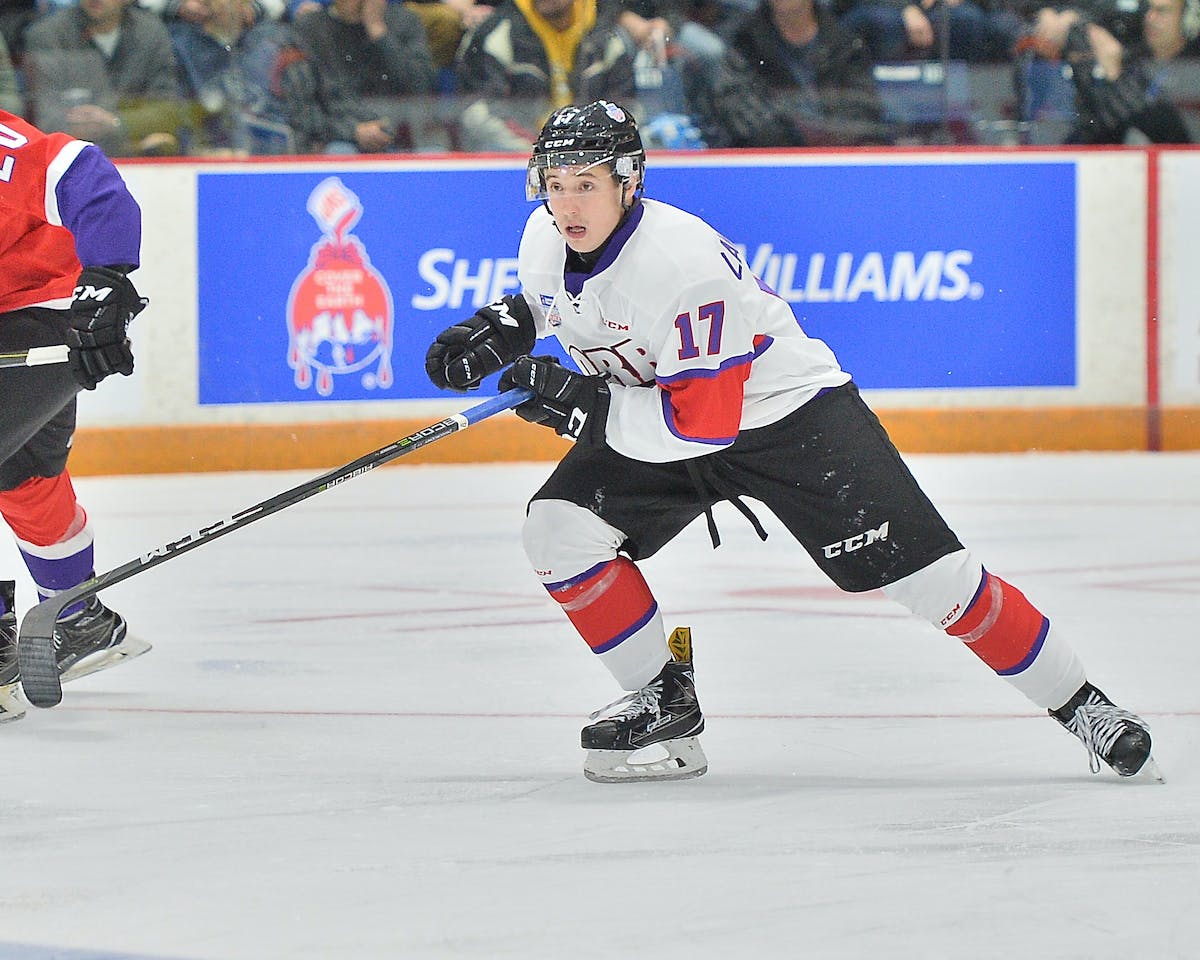 By Ryan Pike
11 months ago
The Calgary Flames have loaned prospect forward Dmitry Zavgorodniy to HC Sochi of the Kontinental Hockey League. The club announced the loan on Monday morning. Per sources, the loan is for the remainder of the 2021-22 KHL season, at which point Zavgorodniy will return to North America.
Zavgorodniy was a seventh-round selection of the Flames in the 2018 NHL Draft. He’s in the second year of his entry level contract.
His 2020-21 season was a bit odd, split between the KHL’s SKA St. Petersburg and the AHL’s Stockton Heat. He barely played with SKA, as the club emphasized playing their home-grown talent rather than a player on a loan, and he was a secondary player for the Heat that played in the bottom six.
His 2021-22 season has been equally odd, with the emergence of wingers like Jakob Pelletier and Walker Duehr as bonafide NHL prospects nudging Zavgorodniy down the pecking order. He’s 16th among Stockton forwards in games played, with AHL signees Alex Gallant, Mark Simpson and Ryan Olsen playing more often. When he did get into the lineup, it was on the fourth line and not usually in situations where he could generate much offense.
Zavgorodniy was a really, really good junior player who hasn’t adjusted to the North American pro game yet. He’s not in a situation where he can get a lot of North American pro experience given Stockton’s glut of forwards, so heading to the KHL is the next-best option for him. Hopefully he’ll get to play more often than he did with SKA last season.
Uncategorized
Recent articles from Ryan Pike