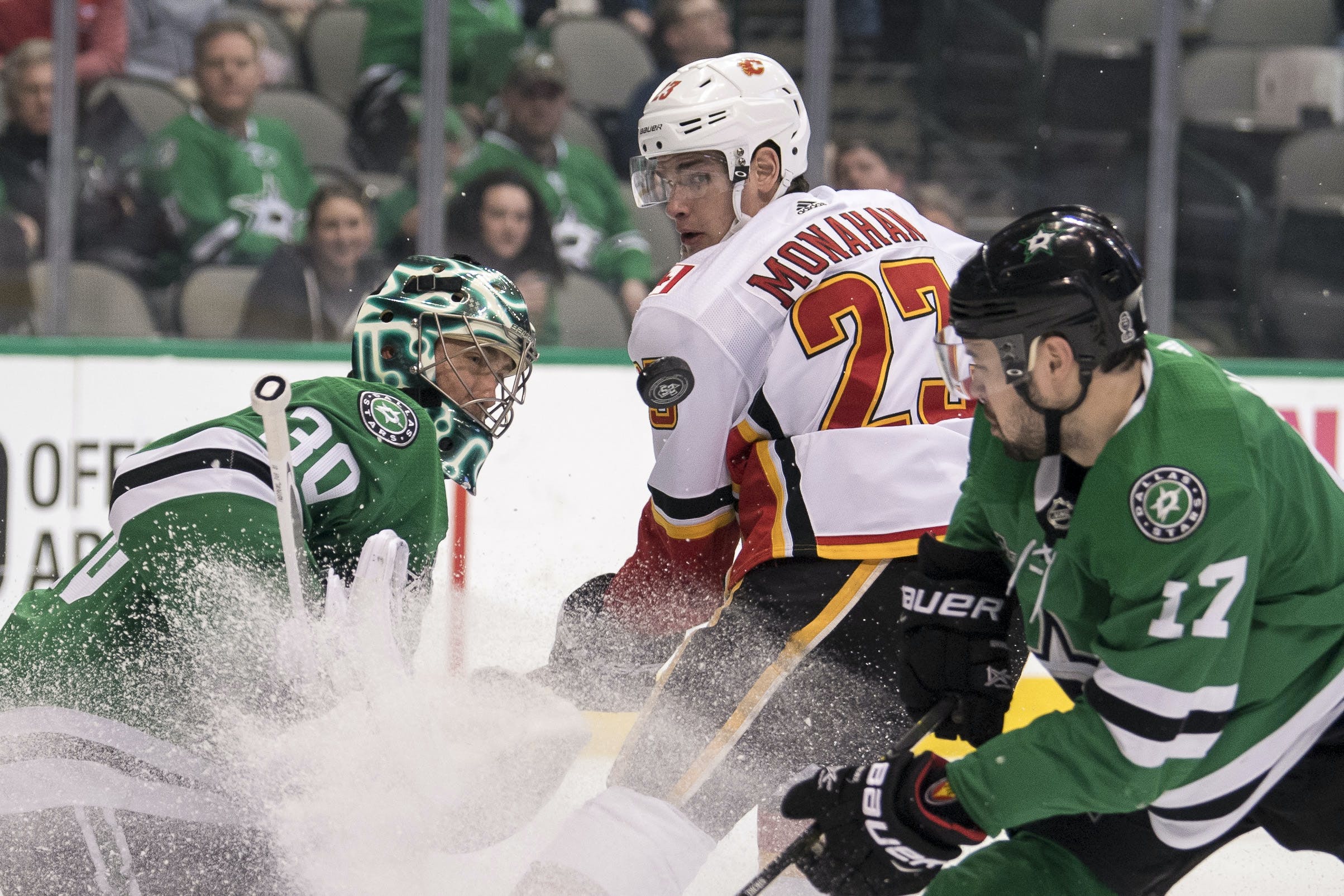 By Ryan Pike
1 year ago
Two days after suffering their third loss of the season, the Calgary Flames (6-1-2, 14 points) are back in action when they host the Dallas Stars (3-4-2, 8 points) at the Saddledome. The Flames have just one regulation loss and points in eight of nine outings thus far, which has pushed them near the top of the Pacific Division standings. Can they keep this hot streak going?
The puck drops just after 7 p.m. MT and you can catch the action on television via Sportsnet West (with Rick Ball and Kelly Hrudey) or on radio via Sportsnet 960 The Fan (with Derek Wills and Peter Loubardias).

Projected lines via Daily Faceoff:
Gaudreau – Lindholm – Tkachuk
Coleman – Backlund – Pitlick
Lucic – Dube – Mangiapane
Richardson – Monahan – Lewis
Hanifin – Andersson
Kylington – Tanev
Zadorov – Gudbranson
Jacob Markström starts, backed up by Dan Vladar. The extras look to be Michael Stone, Juuso Välimäki and Walker Duehr. After missing a couple games due to injury and being a healthy scratch for the rest, Brad Richardson makes his Flames debut in place of the injured Brett Ritchie. (It was an optional morning skate, so we’ll update lines if needed after warm-ups.)
The Flames just keep chugging along. Aside from a loss to Edmonton on opening night – in a game where they got into penalty trouble and punished for it by the potent Oilers power play – the Flames have played smart, structured hockey and been very much in the fray for every game this season. If they can keep that level of consistent engagement up, they’ll be a tough team to beat.

Projected lines via Daily Faceoff:
Robertson – Hintz – Pavelski
Benn – Seguin – Radulov
Raffl – Faksa – Gurianov
Kirivanta – Kero – Comeau
Suter – Klingberg
Lindell – Heiskanen
Harley – Hakanpaa
Anton Khudobin starts for Dallas, backed up by Braden Holtby. We’re guessing a bit with scratches, as Denis Gurianov is in and reportedly playing with Michael Raffl and Radek Faksa. So we’re assuming their old linemate Luke Glendening comes out, joining Andrej Sekera and Joel Hanley on the sidelines. We’ll see.
The Stars have been uneven to start the season, working to integrate a few new faces into their lineup. The results haven’t been great, as they haven’t gelled together perfectly as of yet. But Dallas has some smart, fast, skilled players on their team – their defensive group is very underrated – so the Flames will need to be on their toes from puck drop.

This is Calgary’s first meeting with Dallas since the 2020 bubble playoffs, where the Flames lost three games in a row (by a combined 14-8 score) to be eliminated in six games.