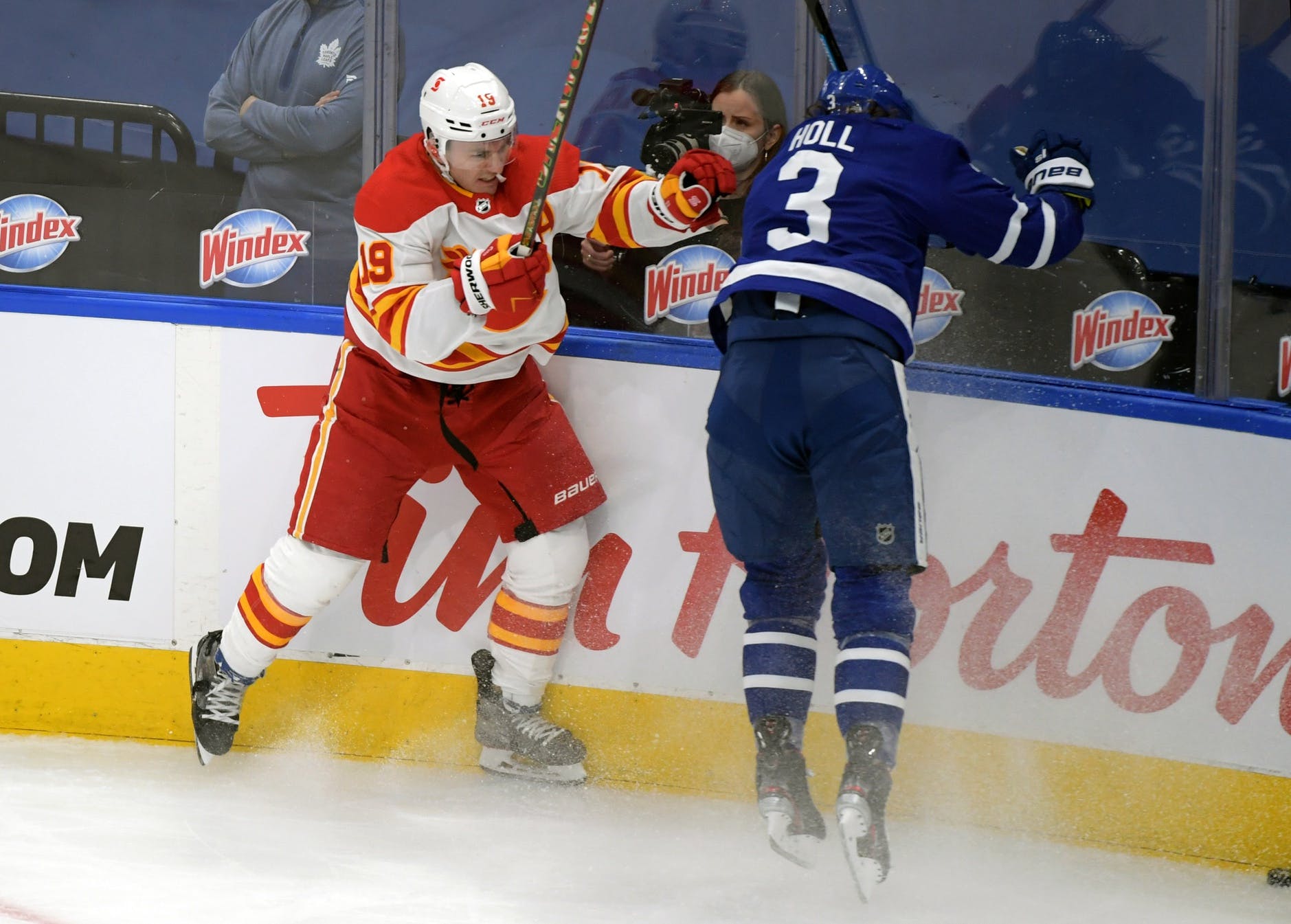 By Ryan Pike
1 year ago
Just 24 hours after a fairly blah game in Montreal, the Calgary Flames (7-3-3, 17 points) are back in action and trying to find their swagger when they visit the Toronto Maple Leafs (8-5-1, 17 points). It’s a big test in a tough building as the Flames seek to get back into the win column!
The puck drops just after 5 p.m. MT and you can catch the action on television via Sportsnet West or on radio via Sportsnet 960 The Fan (with Derek Wills and Peter Loubardias). It’s the Hall of Fame game, so it’ll be delayed slightly so the incoming Hall of Fame class can be honoured.
For a view from the other side, head over to The Leafs Nation!

Yesterdays’ lines via Daily Faceoff:
Gaudreau – Lindholm – Tkachuk
Dube – Backlund – Lewis
Coleman – Monahan – Mangiapane
Lucic – Richardson – Pitlick
Hanifin – Andersson
Kylington – Tanev
Zadorov – Gudbranson
There’s no morning skate today, so we’re left to guess a bit in terms of lines. Based on Jacob Markström being busy and not great by his usual lofty standards, expect to see Dan Vladar in net. Yesterday’s extras were Jusso Välimäki, Walker Duehr and Michael Stone, so perhaps one or two of them slot in to give the Flames a bit of energy.
You’ve got to hold teams accountable to their wins, and by the Flames’ standard they weren’t particularly good in Montreal. They had a good first period, but their last 40 minutes weren’t anything to get particularly excited about and many of the little things they did poorly against San Jose – oh goodness, their breakouts… – they continued to do them poorly in Montreal.
If the Flames can tidy that up, they’ll be fine. If not: well, the Leafs are a pretty good team.

Projected lines via Daily Faceoff:
Bunting – Matthews – Nylander
Kerfoot – Tavares – Marner
Engvall – Kampf – Kase
Ritchie – Spezza – Simmonds
Rielly – Brodie
Muzzin – Holl
Sandin – Liljegren
Jack Campbell starts for Toronto, backed up by Joseph Woll. Their extras look to be Joey Anderson, Kirill Semyonov and Trevor Dermott.
The Leafs have been an inconsistent bunch this season, with the quality of their games swinging wildly from period to period. That said, when they’re on they’re one of the top teams in the NHL. They’re paying a whole bunch of money to a handful of players, but that handful of players can all dictate games when they’re completely focused on winning.