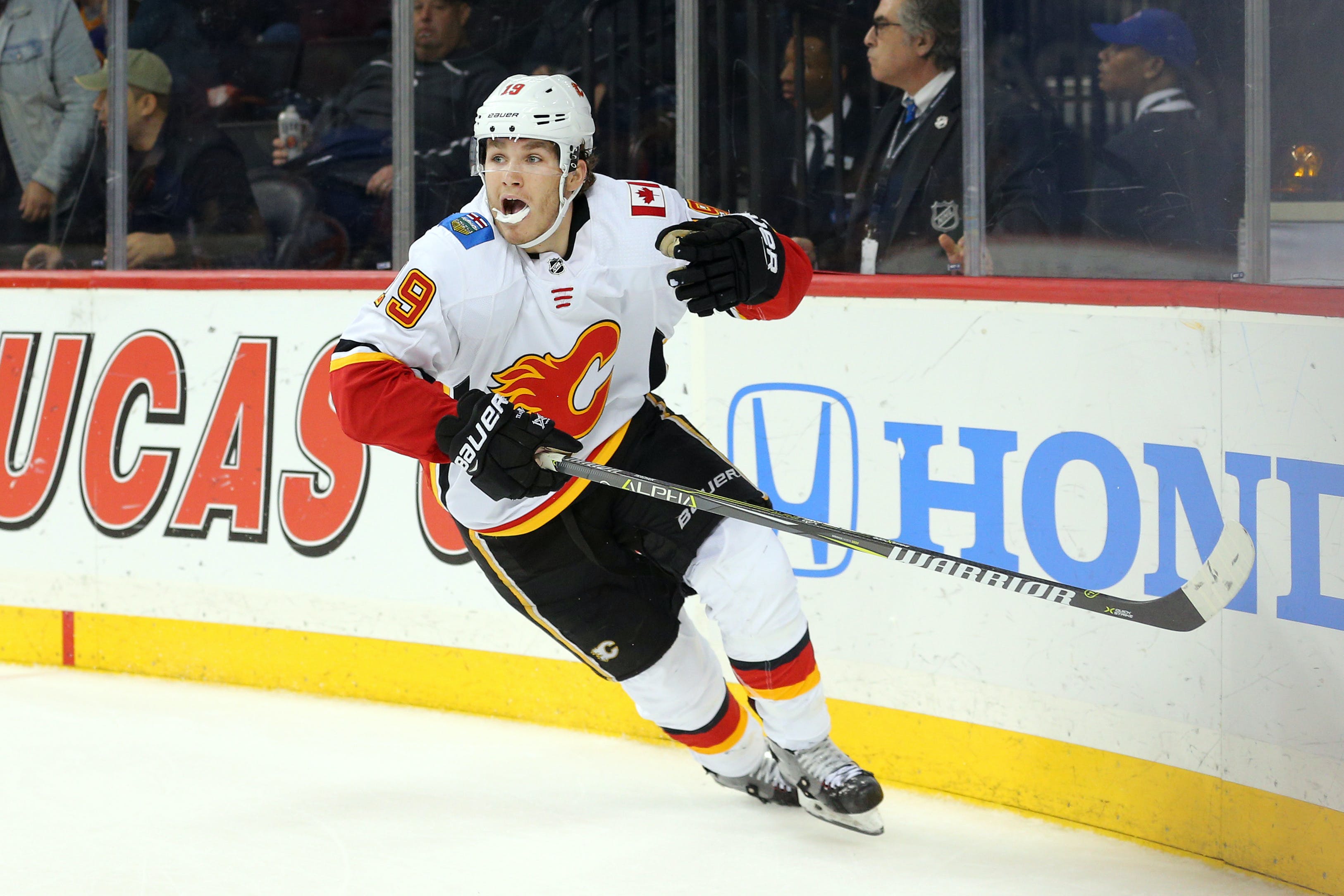 By Ryan Pike
1 year ago
There will be comp and circumstance at Belmont Park on Saturday night, as UBS Arena finally opens. And after the confetti is swept up, the Calgary Flames (9-3-5, 23 points) will play the sixth game of their road trip against the New York Islanders (5-6-2, 12 points) to christen the new arena. Can the Flames spoil the Islanders’ big homecoming?
The puck drops just after 5 p.m. MT and you can catch the action on television via Sportsnet West or on radio via Sportsnet 960 The Fan.

Projected lines via Daily Faceoff:
Gaudreau – Lindholm – Tkachuk
Coleman – Backlund – Mangiapane
Dube – Monahan – Pitlick
Lucic – Richardson – Lewis
Hanifin – Andersson
Kylington – Tanev
Zadorov – Gudbranson
Jacob Markström starts for Calgary, backed up by Dan Vladar – presumably Vladar plays tomorrow in Boston against his old team. The projected extra Flames are Michael Stone, Jusso Välimäki and Walker Duehr. Don’t expect any changes from a group that beat the brakes off of Buffalo on Thursday.
The Flames looked really good on Thursday in Buffalo, the opposition notwithstanding. Swapping Mikael Backlund onto the second line really created an effective second line, and it’ll be interesting to see if that momentum can carry on, and if Darryl Sutter can poke and prod the bottom six into similar effectiveness.
As usual, the players to watch in red and white include Andrew Mangiapane, Oliver Kylington and Johnny Gaudreau, all among the most effective players in the entire NHL at their positions. (Oh, and Markström is one of the NHL’s top goaltenders so far.)

Projected lines via Daily Faceoff:
Parise – Barzal – Beauvillier
Bellows – Nelson – Wahlstrom
Panik – Pageau – Palmieri
Martin – Cizikis – Clutterbuck
Pelech – Mayfield
Chara – Salo
Greene – Aho
It looks like Semyon Varlamov starts for the Isles, backed up by Ilya Sorokin. Aside from Noah Dobson, the Islanders don’t have a lot of extra bodies due to a bit of a COVID outbreak on the team. It sounds like Richard Panik is coming up from the AHL and should play tonight. (But it’s a fluid situation, so nobody knows for sure. The Islanders didn’t hold a morning media availability due to waiting for COVID test results.)
After 13 games on the road while their arena was being finished, the Islanders finally play a game in their snazzy blue home sweaters. It’s something new for them, but it’ll be interesting to see how they adapt to last change, as well as unfamiliar ice and boards in a building they’ve played in about as much as the Flames have.

The Flames are without Brett Ritchie.
The Islanders are without Anders Lee, Josh Bailey, Ross Johnston and Ryan Pulock.

These two teams played each other twice during the span of a single week in February 2019, with the Flames winning both meetings.