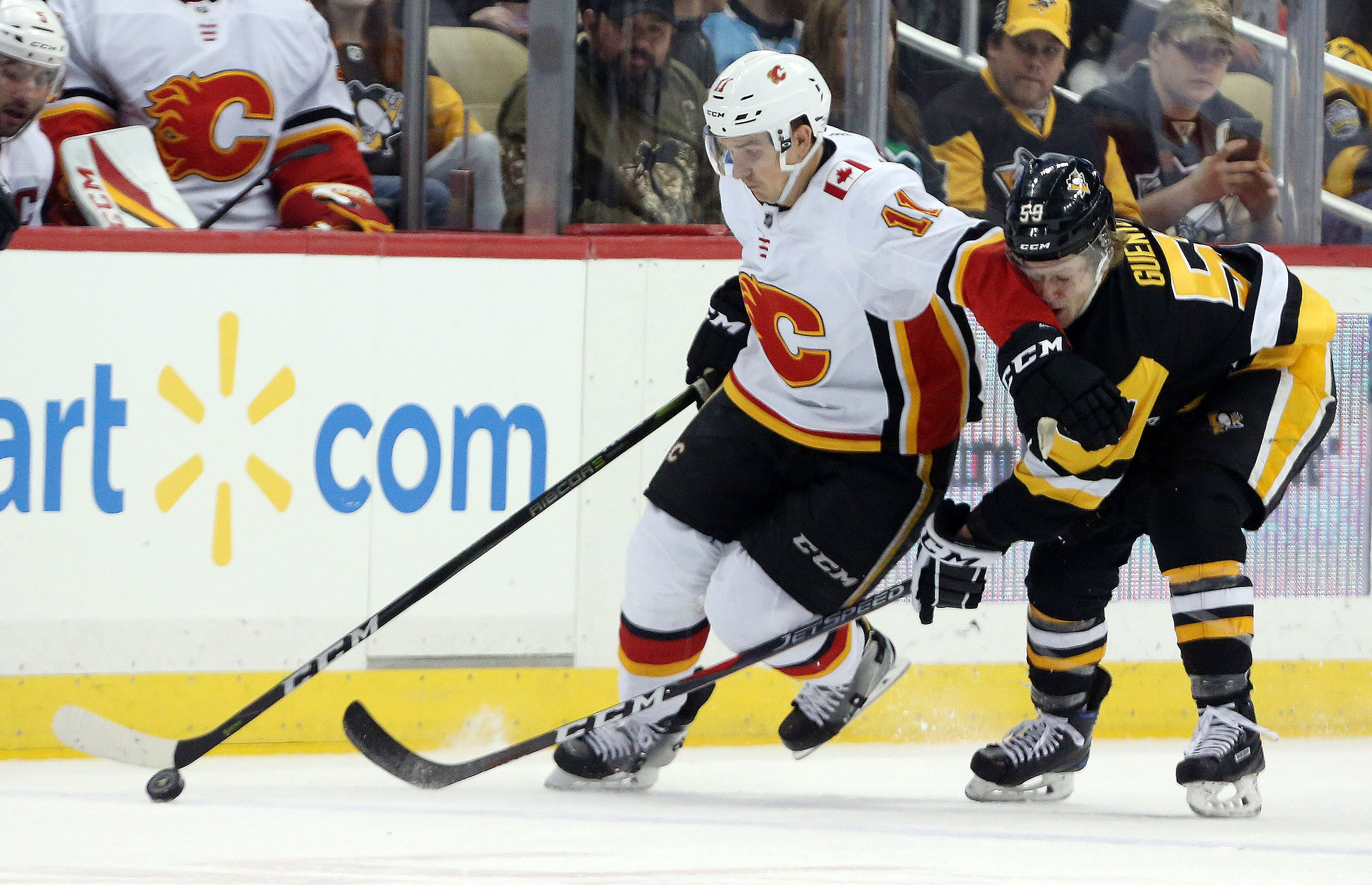 By Ryan Pike
1 year ago
After four victories in four previous road dates, the Calgary Flames (4-1-1, 9 points) attempt to run the table on their hefty five game road trip. But getting their fifth consecutive win won’t be an easy task as they visit the Pittsburgh Penguins (3-1-2, 8 points), a team that is missing key names but doesn’t seem to be too phased by their absences.
The puck drops just after 5 p.m. MT and you can catch the action on television via Sportsnet West (with Rick Ball and Kelly Hrudey) or on radio via Sportsnet 960 The Fan (with Derek Wills and Peter Loubardias).

Yesterday’s lines via Daily Faceoff:
Gaudreau – Lindholm – Tkachuk
Mangiapane – Dube – Ritchie
Coleman – Backlund – Pitlick
Lucic – Monahan – Lewis
Hanifin – Andersson
Kylington – Tanev
Välimäki – Gudbranson
It sounds like Jacob Markström starts, backed up by Dan Vladar. The extras look to be Michael Stone, Nikita Zadorov and Brad Richardson once again, so the Flames will roll with the same lineup for all five games of their trip.
The Flames have managed to score first and avoid getting behind in games lately, which has resulted in an ability to roll four lines, not tucker out their best players, and win many hockey games. It sounds simple, but in execution it makes game management a much easier task and forces the other team to make risky moves that could backfire in the form of odd-man rushes.
As usual, keep an eye on the Flames’ key three offensive players: Elias Lindholm, Andrew Mangiapane and Johnny Gaudreau. They are all playing well, doing smart things with the puck, and generating a lot of chances, shots and goals.

Projected lines via Daily Faceoff:
Guentzel – Rodrigues – Kapanen
Zucker – O’Connor – Heinen
Aston-Reese – Blueger – McGinn
Simon – Boyle – Lafferty
Dumoulin – Marino
Matheson – Ruhwedel
Pettersson – Friedman
Casey DeSmith starts for Pittsburgh, backed up by Tristan Jarry. Their extras are Kasper Björkqvist and Juuso Riikola.
The name of the game for the Penguins has been withstanding injuries and absences this season. They’ve been without Evgeni Malkin. And Sidney Crosby. And Kris Letang. And they’ve found ways to win. Their defensive game is quite good, their penalty kill is very stingy, and they’ve gotten key goals from somewhat unlikely sources.
They may not be the deepest, most talented team active in the NHL right now, but they’ve been a tough night at the rink basically every evening thus far.

The Flames played Pittsburgh twice in a span of a few weeks in 2019-20, losing both games.