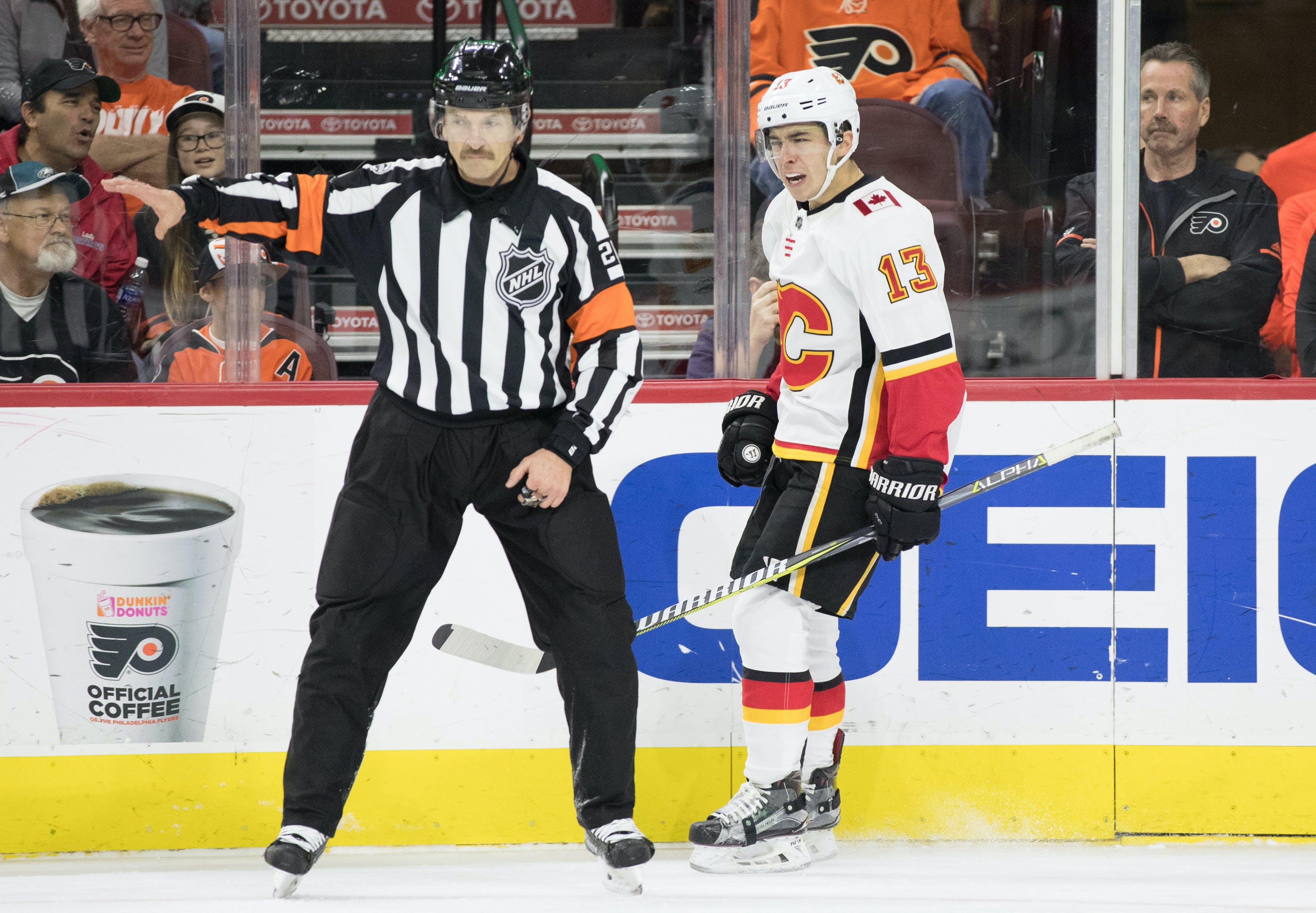 By Ryan Pike
1 year ago
After five games away, the Calgary Flames (5-1-1, 11 points) return home to continue the Scotiabank Saddledome’s three-season farewell tour. The latest act to come to town as part of that tour are the Philadelphia Flyers (4-1-1, 9 points), who are in the midst of a bit of a road trip of their own. Can the Flames avoid the traditional post-trip “trap game” and continue their winning ways?
The puck drops just after 8 p.m. MT and you can catch the action on television via Sportsnet 360 or on radio via Sportsnet 960 The Fan (with Derek Wills and Peter Loubardias).

Yesterday’s lines via Daily Faceoff:
Gaudreau – Lindholm – Tkachuk
Mangiapane – Dube – Ritchie
Coleman – Backlund – Pitlick
Lucic – Monahan – Lewis
Hanifin – Andersson
Kylington – Tanev
Zadorov – Gudbranson
Jacob Markström starts, backed up by Dan Vladar. The extras look to be Michael Stone, Juuso Valimaki and Brad Richardson, presuming that Noah Hanifin is good to go after missing Thursday’s game with an injury.
The Flames are, to pardon the pun, red hot right now. They’re undefeated in five consecutive games and have points in six in a row (5-0-1). They’ve been fed a steady diet of unfamiliar Eastern Conference teams thus far – they’ve faced one team from last season’s North Division group, and lost that game – but they’ve managed to grab points against teams that they’re not competing with for playoff spots.
Markström was excellent in Pittsburgh, but the team collectively had flashes of extremely strong play. The challenge will be to avoid the adrenaline dump when they get back home – sometimes, teams coming off long road trips get waylaid in the first game back because of the collective relaxed sigh of finally getting to see their home, loved ones, and own bed.
This is the first game of five in a row at the Saddledome, before the Flames head out on a season-high seven game road trip.

Projected lines via Daily Faceoff:
Giroux – Couturier – Konecny
Farabee – Brassard – Atkinson
Lindblom – Laughson – van Riemsdyk
Aube-Kubel – Thompson – MacEwen
Provorov – Braun
Sanheim – Ristolainen
Yandle – Seeler
The Flyers have been alternating goalies so far on this trip, so after Martin Jones got the win in Vancouver it seems probable that Carter Hart (who started and won in Edmonton) gets the start against the Flames. We’ll have updates on the netminder later in the day.
The Flyers are in the midst of a stretch of three games in four nights – this is game three – involving travel from Edmonton to Vancouver to Calgary. They won each of their first two games. They’ve been playing well this season, with just one regulation loss to their credit. So far, the Flyers’ best players (on paper) have been their best players (on the ice), and it’s given them the ability to win games.

The Flames were without Noah Hanifin on Thursday.
The Flyers are without Kevin Hayes, Samuel Morin, Patrick Brown and Ryan Ellis.

The Flames beat the Flyers twice in 2019-20, with their last victory (in Philadelphia) coming on Nov. 23 in a shootout.