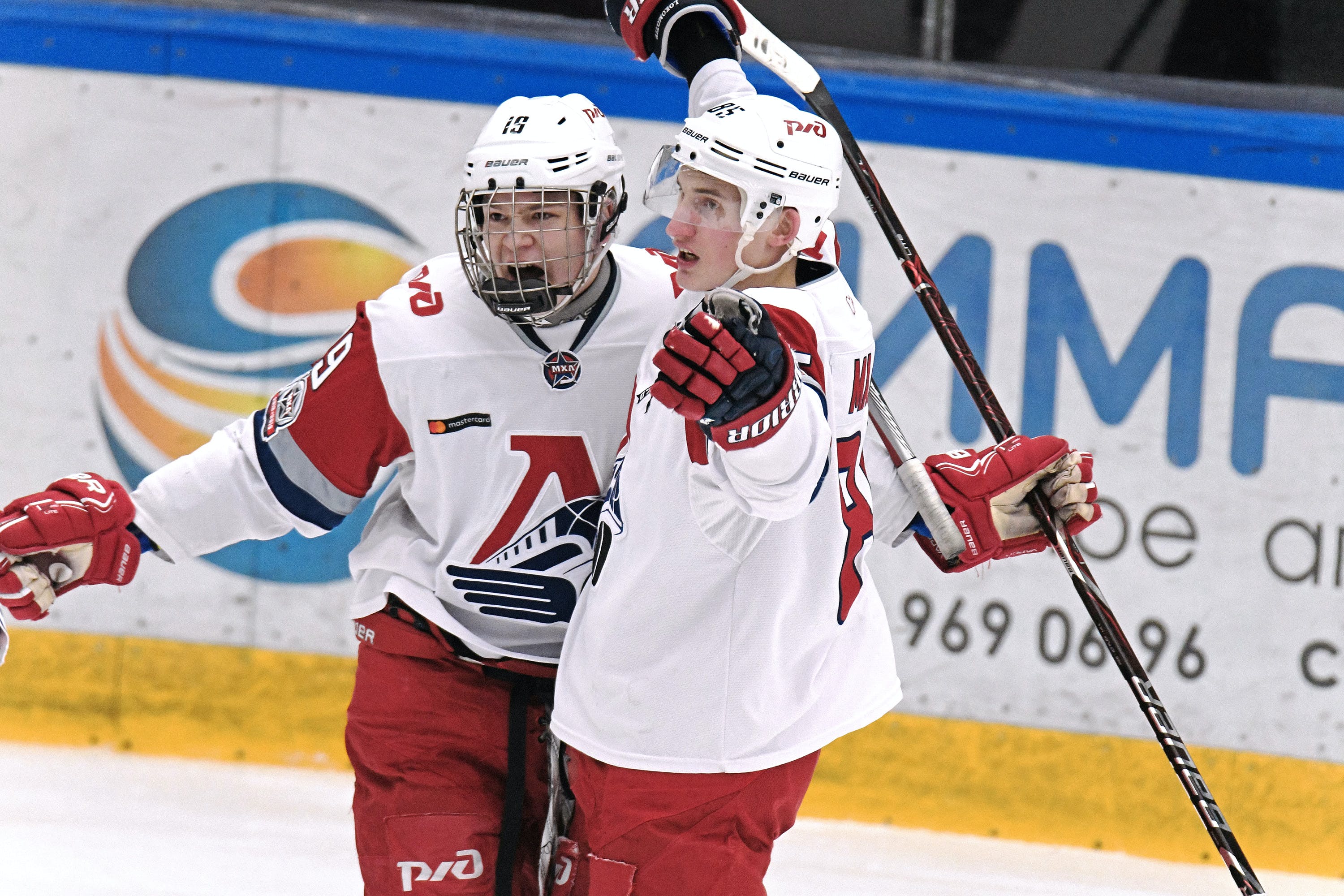 By Ryan Pike
1 year ago
There are a lot of young players in the Calgary Flames system. Some improve. Some don’t. But as we approach the middle of the 2021-22 hockey calendar, five prospects are standing out for how much they’ve improved and impressed so far this season.
Here’s a rundown of five (…okay, maybe six) Flames prospects trending up at mid-season.

A sixth-round pick of the Flames in the 2021 NHL Draft – he’s shorter than six feet tall and didn’t play in his entire draft year due to the pandemic – Beck is currently out with an injury but was one of the most productive scorers in the OHL when he got hurt. Beck’s been the offensive engine for the Ottawa 67’s this season – 15 of his 17 points to date are primary – though he’s definitely been lucky, riding a 30% shooting percentage. (Beck was unranked in the 2021 prospect ranking.)

There’s no way to dress it up: Duehr was a thoroughly unremarkable AHL player in 2020-21. Making his pro debut after four seasons with Minnesota State University, Duehr played on Stockton’s fourth line and was adequate. But he emerged from his off-season of training a new man, and emerged as one of the top players in Calgary’s main training camp. He’s already played an NHL game this season and been a consistent presence for Stockton. (Duehr was unranked in the 2021 prospect ranking.)

The only prospect on this list who was ranked on our summer prospect ranking (he was 18th), Kerins has been arguably the big story of the prospect system this season. Currently in the top five in scoring in the Ontario Hockey League, Kerins was a sixth-round pick in the 2020 NHL Draft (he’s not big) and played just a handful of AHL games in his Draft+1 season. But he’s been one of the brightest lights in the OHL this season and narrowly missed out on a trip to Hockey Canada’s World Junior camp. The kid is legit.

A third-round pick back in 2019, Nikolaev was touted in his draft year as a two-way forward with the potential to be a Russian version of Mikael Backlund. But he bounced around Lokomotiv’s system for the next few season and his stock crashed. He migrated to North America this season and joined the USHL’s Tri-City Storm as a 20-year-old import and he’s become one of their most consistent players. He’s earned comparisons to Jiri Hudler, in that he’s not overly flashy on the ice but he keeps finding ways to get points in every game situation. (Nikolaev was unranked in the 2021 prospect ranking.)

For years, former FlamesNation editor Kent Wilson told the hockey world not to draft goalies early. The success of Dustin Wolf and 2021 seventh-rounder Arsenii Sergeev will hopefully make teams listen. Sergeev was drafted late because of a somewhat small North American sample size: he primarily played in the North American Hockey League, which scouts don’t have a handle on quite yet. But he’s made the jump to the USHL with Tri-City and emerged as the circuit’s top goaltender. (Sergeev was unranked in the 2021 prospect ranking.)

So, Vladar doesn’t really count as a prospect. Not anymore. Because he’s emerged from his 12th-ranked spot on the off-season list to become the Flames’ undisputed backup. He hasn’t played a ton, but he’s statistically among the NHL’s top goaltenders and very much just as much a part of the Flames’ success this season as Jacob Markström has been. He cost a third-round pick that the Flames sent to Boston, but he’s been well worth that price tag. Vladar will be graduated from the prospect ranks after this season, and he’s graduated with gusto.
Uncategorized
Recent articles from Ryan Pike