By Mike W
1 year ago
I guess the Flames really are going suck us back in, eh? It looked as though they were toast. Likely, an actual playoff berth is still too tall a task but if the boys in red go three for three…they have a chance.
Mostly dead, but slightly alive.
Let’s breakdown the Sutter crew’s performance from last night.
Montreal came out strong and owned the puck for the lion’s share of the opening frame.
(Natural Stat Trick)
The Flames were able to limit the damage and reel this one back in after a shaky first. The club’s ability to keep games from getting out of hand (something we have seen in spades previously) is a growing strength under Sutter. They certainly were outplayed in the first period but they didn’t allow a poor 19 minutes to derail the whole night and cost them the two points. 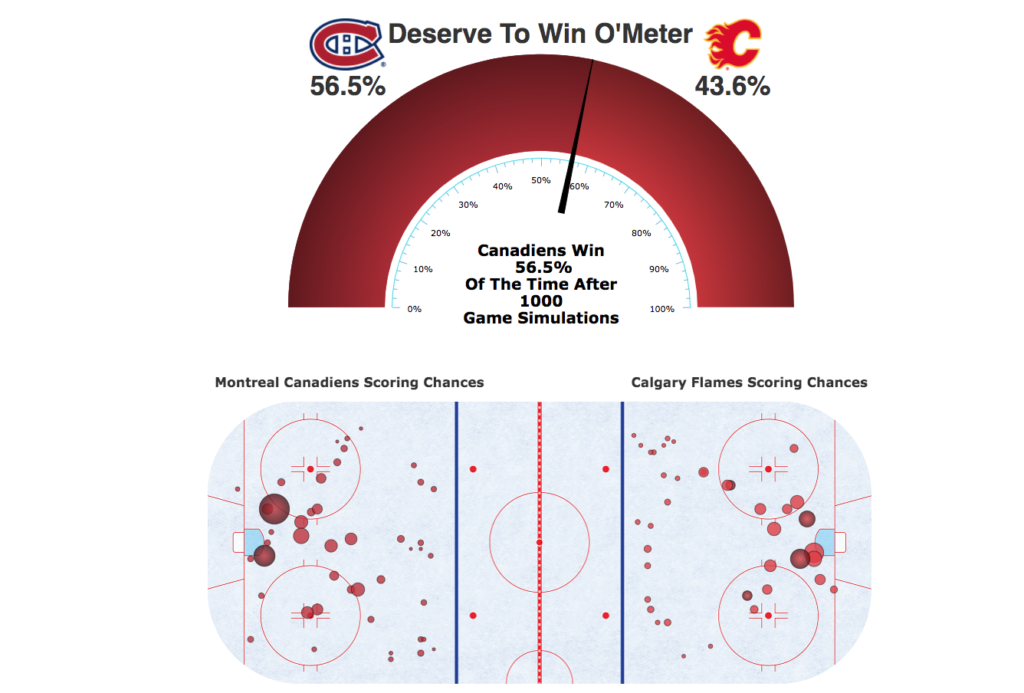 (Moneypuck)
Not a perfect game, far from it, but they did enough things right (without their second best dman) to inch closer in the standings.
Gaudreau’s late tying marker was huge. Or, more accurately, Gaudreau’s late, absolute bardown laser off the rush on a frozen rope backhand feed from Matthew Tkachuk was huge.
(5v5 from Natural Stat Trick)
Can I just say how much I love Derek Ryan? He wins the draw to set up the Lucic snipe, makes a great drive and dish on the Ritchie goal, and is just rock solid night in and night out. At 5v5 Doc put up the two aforementioned primary assists with an 80.5% xGF%.
Also, for those of you still keeping track of the Milan Lucic vs. James Neal saga (I’m certainly petty enough to keep an eye on it) the big man is still our king.
Nice goals were plentiful but my favourite had to be Mangiapane’s one man wrecking crew effort to setup Gaudreau. The NHL needs to add a forechecking or puck retrieval contest to the All Star game. If they did, we all know 88 in red would win easily.
The PK unit was able to limit the second period penalty parade to a lone marker. The counter attack off a short handed chance from Sean Monahan (yes, still seems weird to see 23 out there on the PK) ended up behind Markstrom on a nifty tip feed to Toffoli from he who shall not be named.
Neutral zone pressure from the Nordstrom-Ryan-Ritchie trio forced a turnover and, as mentioned, Ryan with a great read and feed to Brett Ritchie.
All told the Flames were able to overcome some sloppy hockey (eight defensive zone giveaways will need to be cleaned up) to put themselves into a position to actually get back into this race. 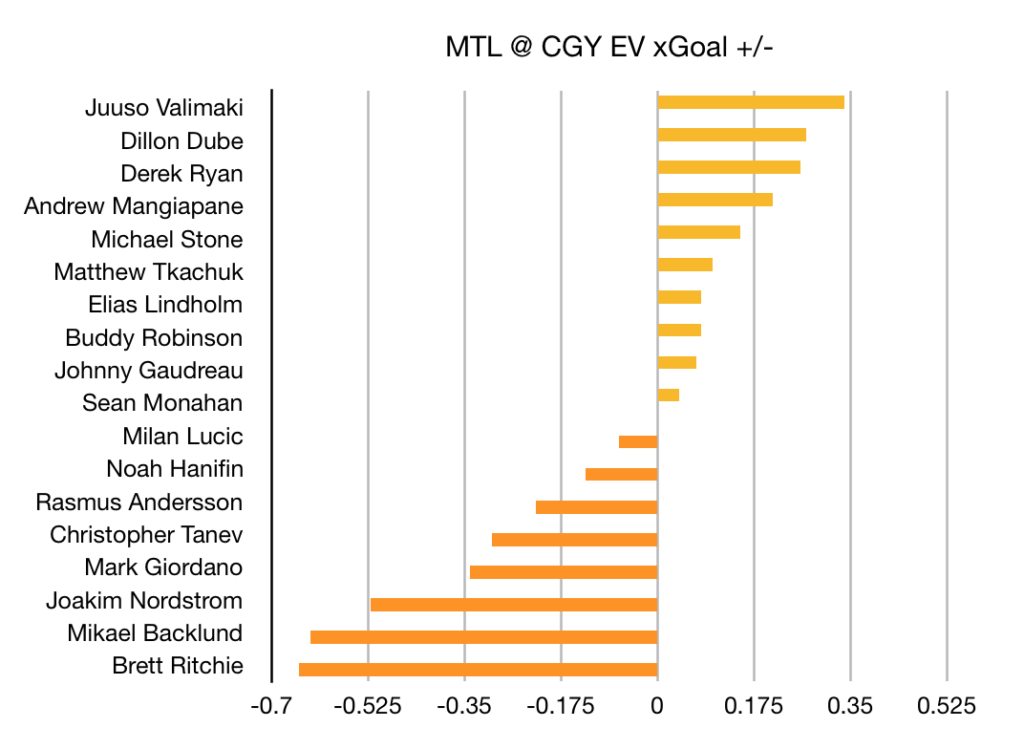 No update from the club following the game on Noah Hanifin but from the outside it doesn’t look great.
This would be a big blow to the Flames down the stretch as, if they truly are going to get back into the race for the final playoff spot, being short their second best defender this season will make it that much more difficult.
Behind Chris Tanev, Hanifin has easily been the Flames strongest blueliner this year and his absence would leave a large hole on the backend that has been shaky this year already. (Isolated Shot Chart from HockeyViz)
Hanifin is having a solid and breakout campaign, particularly behind his own blueline. 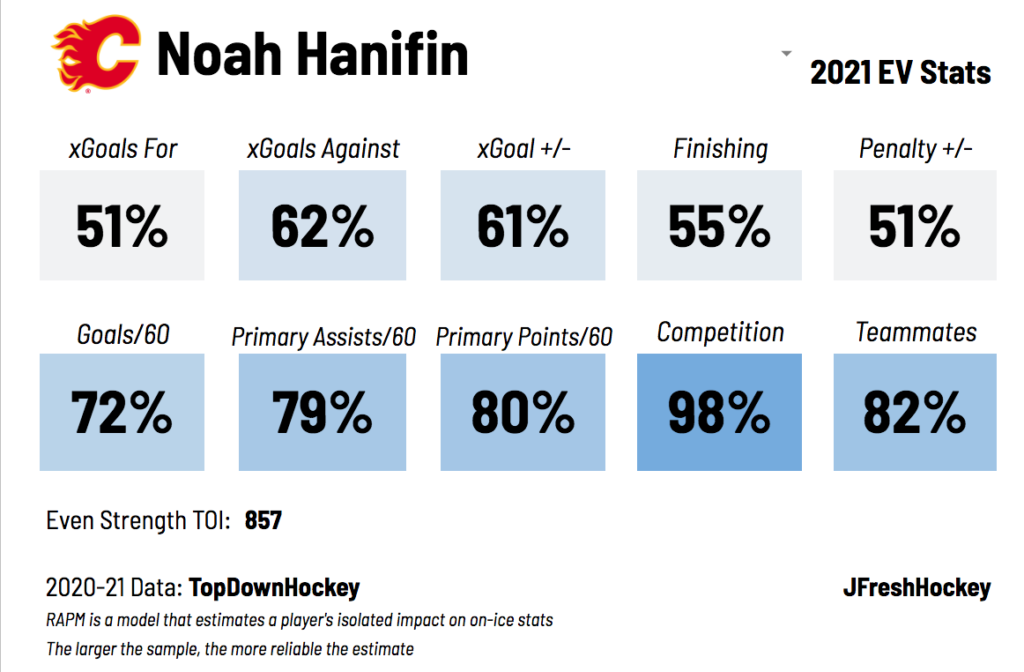 (RAPM Stats from Jfresh Hockey)
The five defenders did an ok job in his stead. If Hanifin is out for any time at all who gets a chance? I’m hoping Kylington, as he has a similar skillset to Hanifin (lacking the strong defensive impact, however).
It’s time for Rasmus Andersson to step up and give the Flames some stability and find his game again.
The back nine should be interesting.
Uncategorized
Recent articles from Mike W