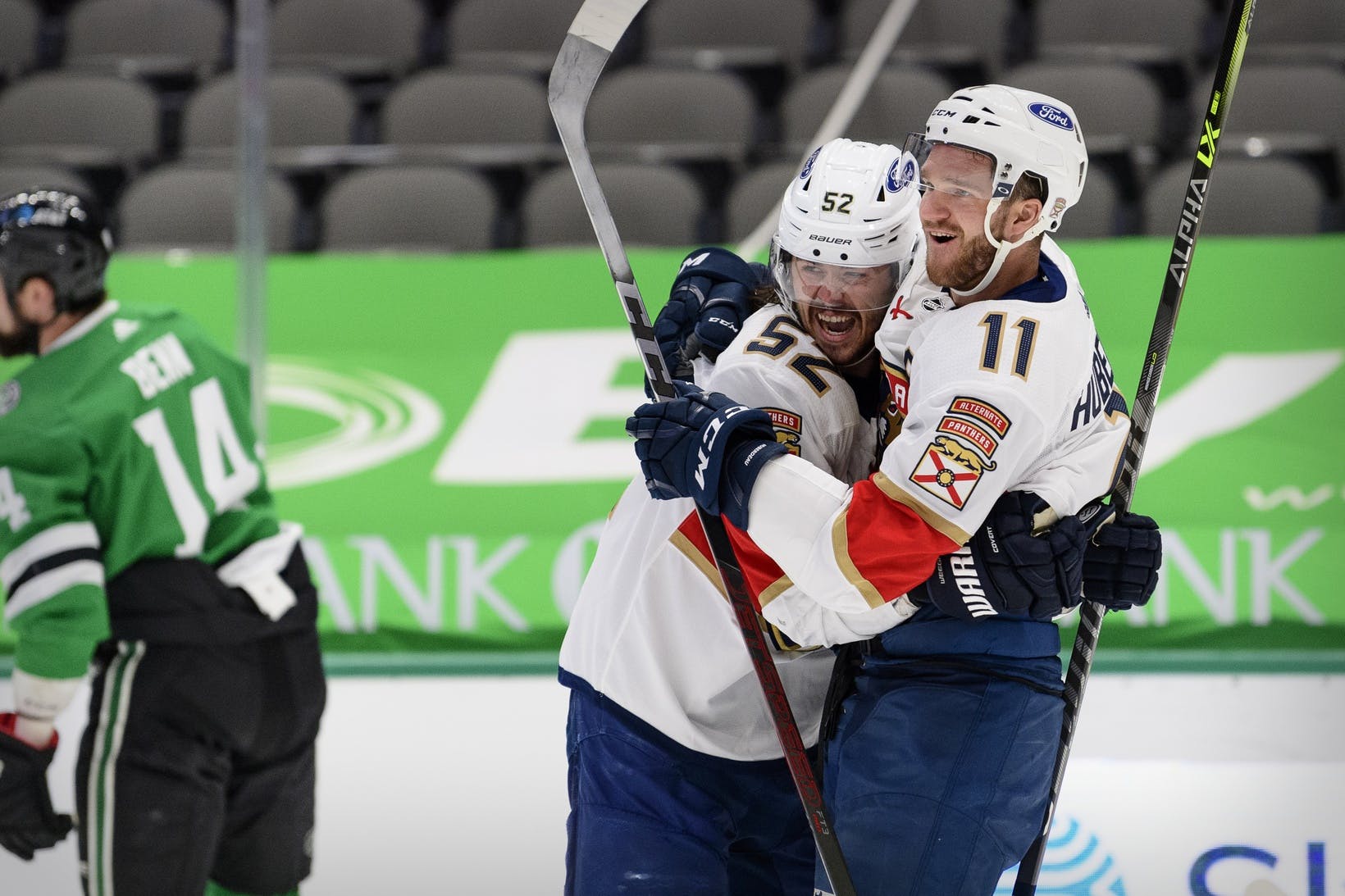 By Mike Gould
6 months ago
The Calgary Flames have traded forward Matthew Tkachuk and a conditional 2025 fourth-round pick to the Florida Panthers in exchange for Jonathan Huberdeau, MacKenzie Weegar, Cole Schwindt, and a conditional 2025 first-round pick, the club announced Friday.
The Athletic‘s Jeremy Rutherford reported that Tkachuk signed an eight-year extension with the Panthers carrying an average annual value of $9.5 million.
Tkachuk, 24, scored 42 goals and 104 points in 82 games with the Flames in the 2021–22 regular season. He added four goals and 10 points in 12 playoff games as the Flames fell to the Edmonton Oilers in the second round.
The Flames originally selected Tkachuk with the No. 6 pick in the 2016 NHL Draft. The 6’2″, 202-pound left wing scored 152 goals and 382 points in 431 games over six regular seasons with Calgary.
Huberdeau, 29, scored 30 goals and 115 points in 80 games with the Panthers in 2021–22. The 6’1″, 202-pound left wing added one goal and five points in 10 playoff games; in 671 career games with the Panthers, the 2011 No. 3 pick scored 198 goals and 613 points.
Weegar, 28, is a 6’0″, 200-pound right-handed defenceman. He scored eight goals and 44 points while averaging 23:22 in 80 games with the Panthers last season. He added one assist in 10 playoff games with Florida.
Schwindt, 21, is a 6’2″, 182-pound right-handed centre who the Panthers selected in the third round of the 2019 NHL Draft. He scored 19 goals and 40 points in 72 American Hockey League games with the Charlotte Checkers last year.
Both Huberdeau and Weegar are set to become unrestricted free agents in 2023. Huberdeau has one year remaining on his deal at a $5.9 million cap hit; Weegar is signed through the end of the season at a $3.25 million cap charge. By the time new deals for Huberdeau and Weegar would come into effect, the existing contracts for Milan Lucic and Sean Monahan will have expired.
On defence, the Flames now have Weegar, Chris Tanev, Rasmus Andersson, Noah Hanifin, Nikita Zadorov, Juuso Valimaki, and Connor Mackey all under contract for 2022–23, with Oliver Kylington the lone player remaining to sign.
We’ll have much more analysis on this trade in the coming days and weeks.
News
Recent articles from Mike Gould