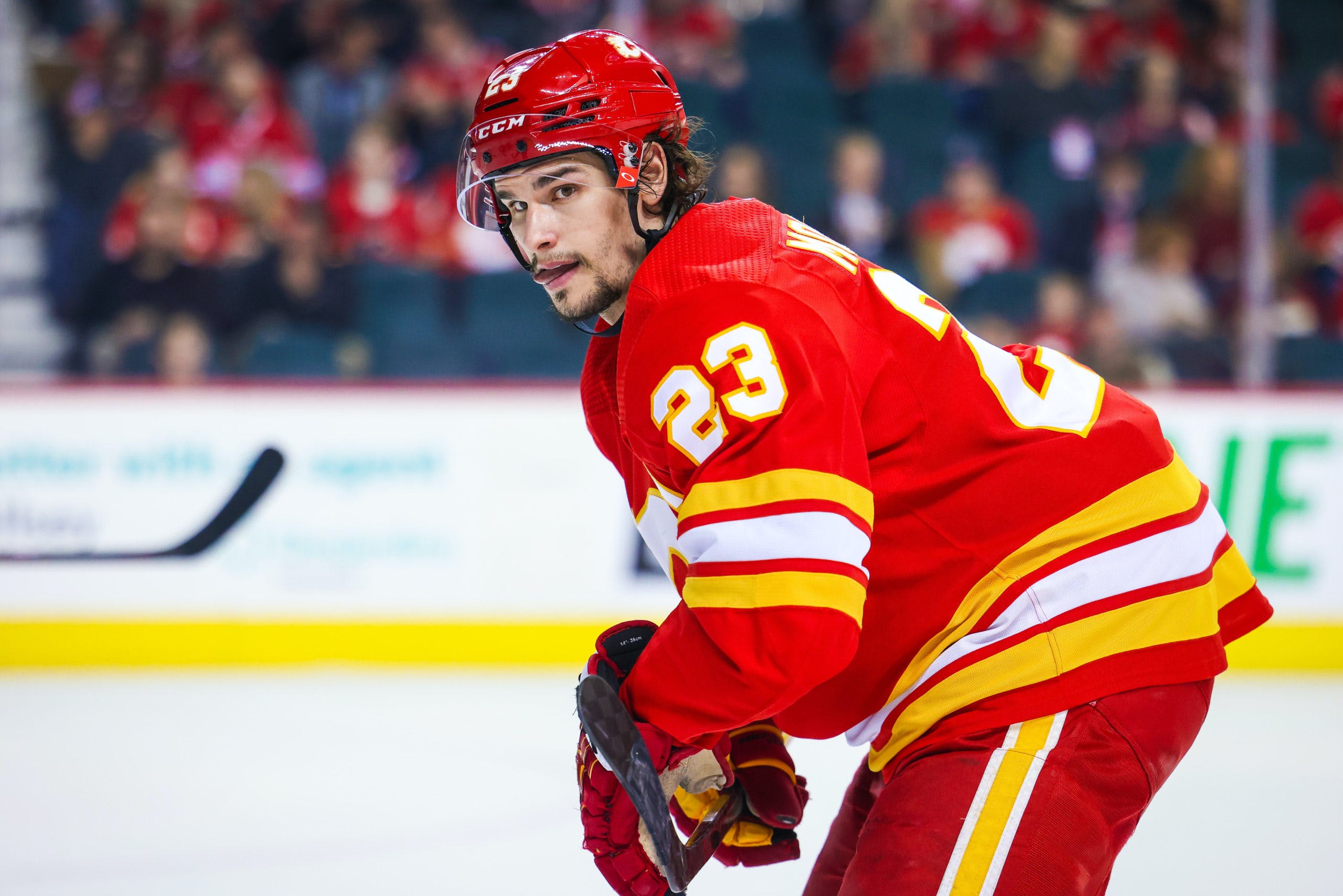 By Ryan Pike
8 months ago
Since the trade deadline, the Calgary Flames have had a few roster changes and have had to deal with a few injuries. In short: their salary cap and roster situation was initially pretty complex, but has seemingly gotten fairly simple.
Here’s a snapshot of where things sit as of Tuesday morning.

Since we’re past the trade deadline, there no longer is a 23-man roster limit. Teams can carry as many players as they prefer, as long as they’re compliant with the salary cap.
The Flames currently have 24 players on their active roster:
@Sean Monahan is on the long-term injury reserve.
Valimaki was returned to Stockton after the roster deadline on Monday since the roster emergency he was called up for didn’t materialize – essentially, two defenders were considered question marks but both ended up being available. We’re told the Flames used one “regular” recall and one emergency recall. Valimaki being returned to Stockton suggests that he was the emergency recall, while Ruzicka’s presence suggests that he was the regular recall. (Update: Ruzicka returned to the AHL on Apr. 7 after Brett Ritchie’s return, indicating he, too, was likely an emergency recall.)
(As an aside: the “regular” injury reserve serves no purpose for teams after the trade deadline, as it offers teams no cap relief and just opens a roster spot under a limit that no longer exists. Only players placed on LTIR give teams any cap relief. More on that later.)

The Flames have ample cap space right now since they’re using LTIR space.
So here’s how LTIR space works. When Sean Monahan went onto the LTIR, the Flames had $102,404 in cap space based on our calculations – PuckPedia lists it as $97,404, but it’s a small difference that doesn’t really impact things for our purposes. Normally, the Flames would have to get back down to the same cap situation they were at in order to activate Monahan, but since he’s out for the season they don’t need to deal with that issue.
Monahan’s cap hit is $6.375 million. The LTI salary pool – the amount of cap hits the Flames are able to add while Monahan is on LTIR – is $6.272 million, or Monahan’s cap hit minus the team’s cap space as of when he went on LTIR.
So far, the Flames have added $2.839 million in cap hits – Mackey and Ruzicka’s full cap hits, plus the $1.125 million of Valimaki’s cap hit that was buried when he was sent to the AHL in December – and they have $3.433 million in cap space available. That number jumped back up to $4.588 million on Tuesday with Valimaki being returned to Stockton. (For the curious, cap space does not accumulate or pro-rate while the Flames are using LTIR space; their cap space from before is frozen until the end of the season since Monahan is out for the remainder of the season.)
So the Flames will have $102,404 (or $97,404) to deal with potential performance bonuses. The good news is that nobody on the current roster has any achievable performance bonuses, so the Flames will have ample cap space to bring up any players they require on emergency recalls without any worries.