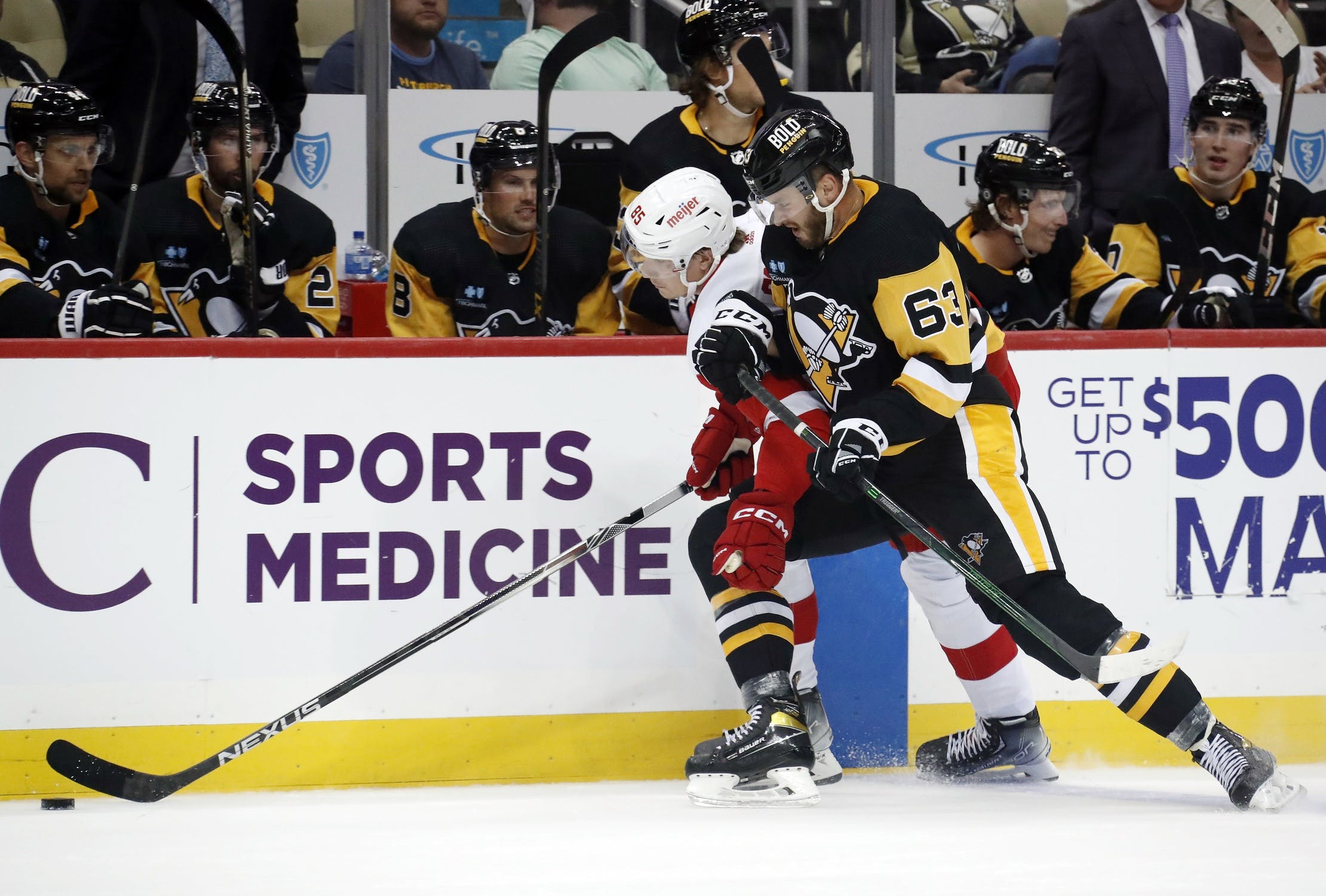 By Ryan Pike
4 months ago
The Calgary Flames have a new player, folks, and he’s a big fella. The club has claimed forward Radim Zohorna off waivers from the Pittsburgh Penguins.
Zohorna is a 26-year-old left shot forward from Havlickuv Brod, Czechia who can play both the wing and centre. He’s on a one-year deal worth $750,000 at the NHL level.
He was originally signed by Pittsburgh as an undrafted free agent, and spent the past two seasons split between the NHL Penguins and their AHL affiliate in Wilkes-Barre/Scranton. He has 10 points in 25 NHL games to date.
Why did the Flames claim him? Well, he’s 6’6″ and 220 pounds, and he’s shown the ability to crash, bang, and generally be a nuisance to the opposition in a depth role. He’s been offensively productive in the AHL and has shown some promise in the NHL, so presumably he’ll get the chance to show his quality with the Flames.
Claiming Zohorna bumps the Flames’ camp roster size up to 29: three goaltenders, 10 defencemen and 16 forwards.
The six players the Flames placed on waivers on Sunday – Oscar Dansk, Colton Poolman, Nick DeSimone, Matthew Phillips, Clark Bishop and Ben Jones – all cleared and will be officially assigned to the Calgary Wranglers of the AHL.
News
Recent articles from Ryan Pike