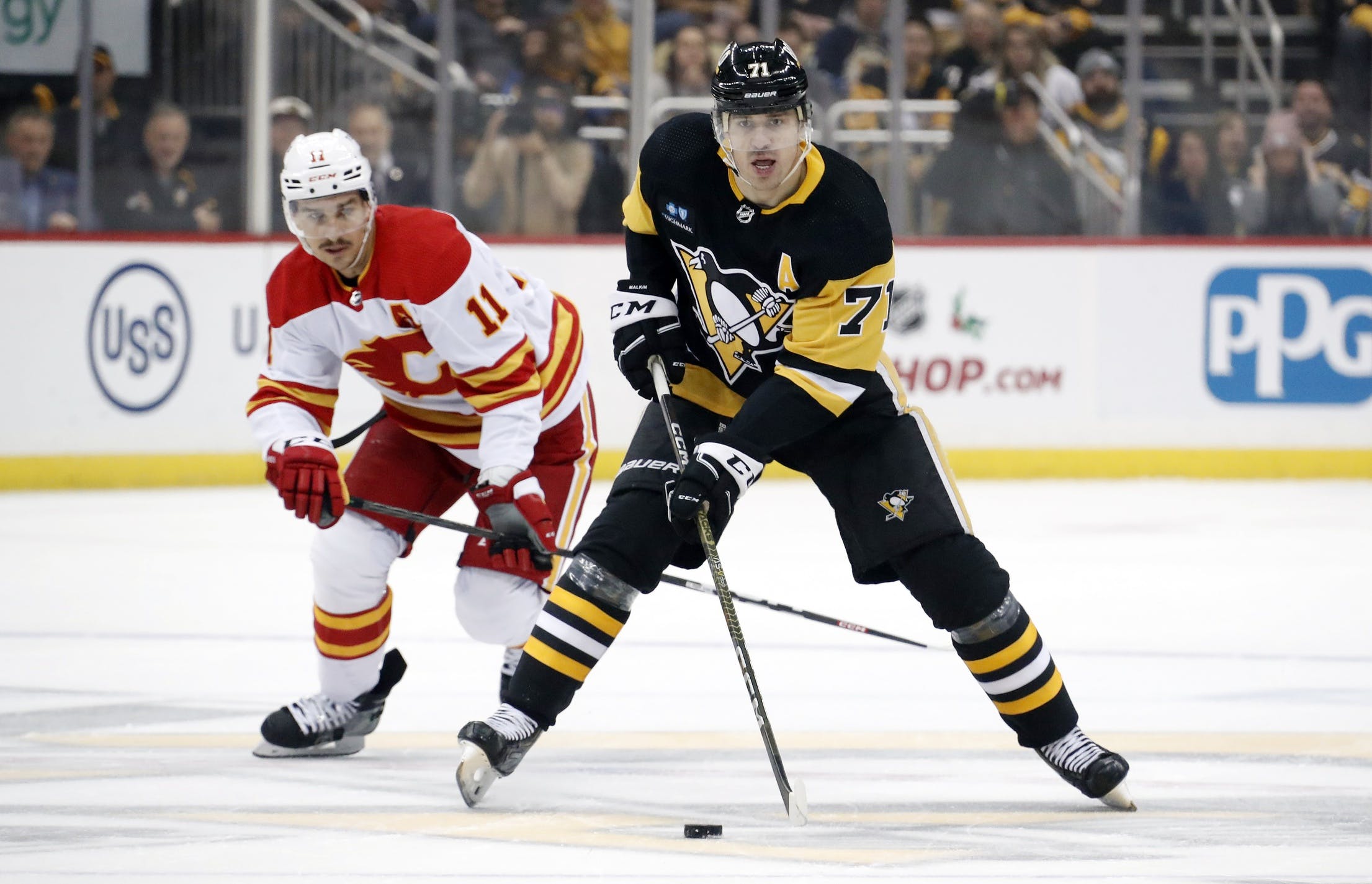 By Ryan Pike
2 months ago
In hockey, a common term bandied about is “finding ways to win.” That refers to clubs that, playing in less-than-ideal circumstances, figure out ways to grind out points when the going gets tough.
Wednesday night in Pittsburgh, bolstered by a sublime goaltending performance from Dan Vladar, the Calgary Flames found a way to grind out a hard-fought point against the Penguins. They couldn’t find a way to win, but they found a way to grind out a point.
The game represented the fourth game of a six game road trip for the Flames, and was also the ninth consecutive night they’ve spent away from Calgary. Playing their fourth game in seven days, with travel, the Flames at times looked like they were feeling the grind a bit.
The second shot that Vladar faced, just 2:09 into the game, got past him to give the Penguins a lead. It could’ve been one of those nights for the Flames – they had a bunch of those nights during their seven game losing skid, the type of night where it seems like the hockey gods are against them and nothing seems to bounce their way.
Instead, the Flames buckled down and did what they could to battle through and tried to make the opposition work for every scoring chance they got.
Following the game, head coach Darryl Sutter had praise for his netminder, who stopped the 37 shots he faced after Jan Rutta’s opening goal, and his team in general.
“Gotta make saves,” said Sutter. “That’s what the back-up goalie’s gotta do, is come in and try to steal you a game. He got us one.”
The Penguins out-shot the Flames 39-34 overall, but when you factor in all shot attempts the Penguins had 72-60. Shot blocks were a big factor in the game: the Flames got in the way of 21 Penguins shot attempts, led by Nikita Zadorov (8), Chris Tanev (4) and Noah Hanifin (3). The Flames blocked three shots during Elias Lindholm’s penalty in overtime, which got the game to the shootout.
“I think the guys battled,” said Vladar following the game. “They were doing a great job in front of me. They were clearing all the rebounds, they were just helping me out, they were boxing out guys really well so I think that helped a lot.”
Five-on-five scoring chances were 29-27 Penguins and high-danger chances were 9-6 Penguins. While the shots on goal were quite high, the Flames seemed to do an effective job at avoiding grade-A chances and Vladar was up to the task far more often than not.
Considering how tight the Pacific Division standings are, a point earned in a game like this – a grind of a game in the middle of a lengthy road trip – could end up being pretty significant in the Flames’ chase for a playoff berth.
The Flames are back in action for a Black Friday matinee game against the Washington Capitals on (of course) Friday, with a puck drop just after noon MT.
Editorials
Recent articles from Ryan Pike