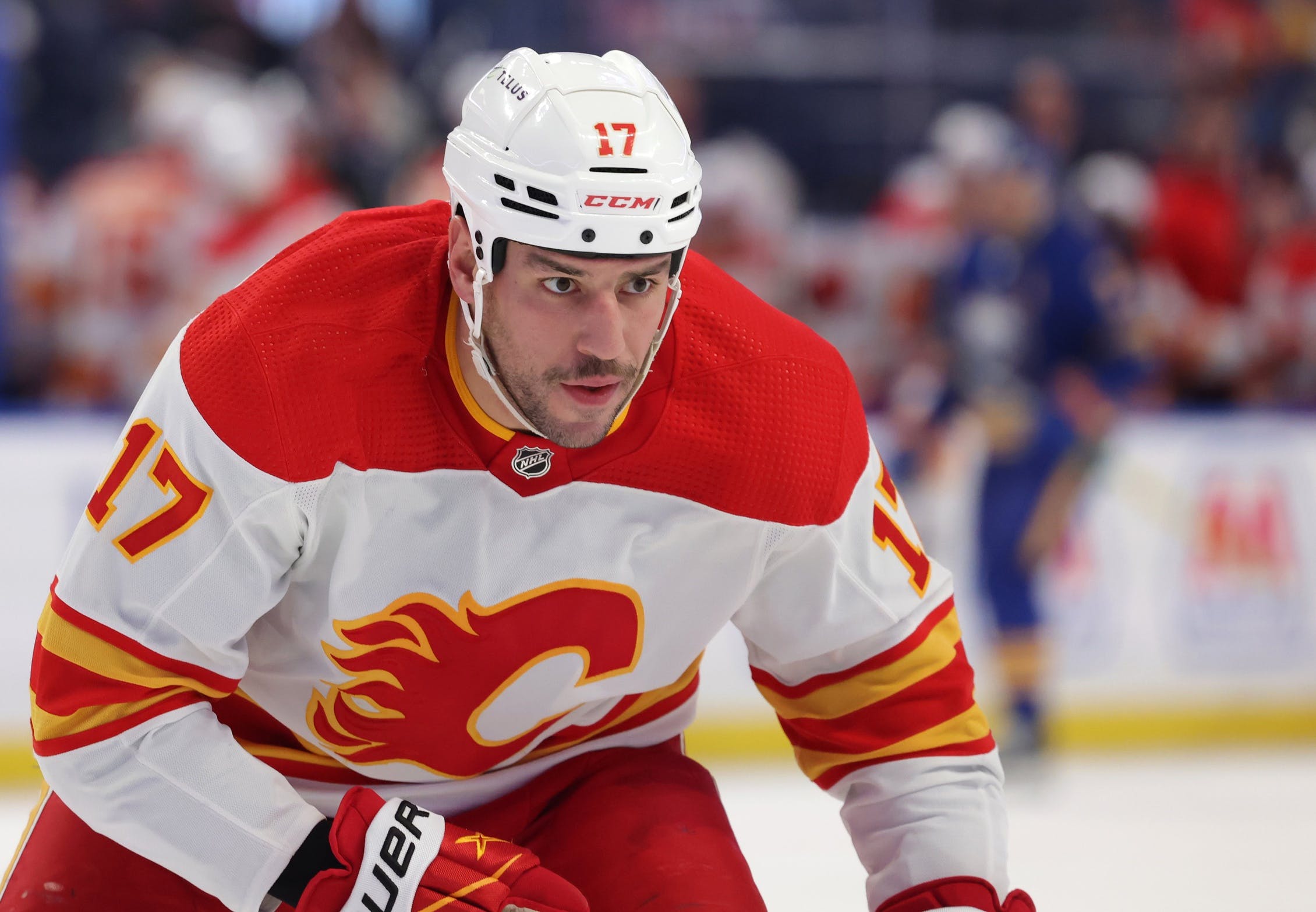 By Ryan Pike
2 months ago
Welcome to our game day content brought to you by NHL lines site Betway!
Remember the Tampa Bay Lightning (9-6-1, 19 points)? Sure you do! They won the Stanley Cup against the Calgary Flames (7-6-2, 16 points) way back in 2004, and have since won two more Stanley Cups. They’re a pretty strong hockey club. And like a few other teams out there, they’re a team the Flames will need to find a way to beat to get where they want to be. They get their first opportunity of the season to do that on Thursday night at Amalie Arena.
The broadcast begins at 5 p.m. MT on Sportsnet West and Sportsnet 960 The Fan!

Projected lines courtesy Daily Faceoff:
Ruzicka – Lindholm – Toffoli
Mangiapane – Kadri – Lucic
Huberdeau – Backlund – Lewis
Coleman – Dube – Ritchie
Hanifin – Andersson
Zadorov – Weegar
Gilbert – Tanev
Jacob Markstrom likely starts for Calgary, backed up by Dan Vladar. It looks like Connor Mackey and Kevin Rooney remain the healthy scratches, as they were on Monday against Los Angeles. We’re projecting Dennis Gilbert to come in for the since-demoted Nick DeSimone, but we’ll confirm at warm-ups.
The Flames have won two games in a row and are back over the .500 mark! Moreover, their win on Monday against the Kings was pretty flawed, which probably prevents the team from feeling too high on their game right now and instead focusing on tidying up some bad habits they exhibited.
Keep an eye on that top line: since the addition of Adam Ruzicka a few games ago, they’ve looked energized and dangerous on the ice.

Projected lines courtesy Daily Faceoff:
Hagel – Point – Kucherov
Stamkos – Paul – Killorn
Colton – Namestnikov – Perry
Maroon – Bellemare – Koepke
Hedman – Cole
Sergachev – Perbix
Fleury – Myers
Andrei Vasilevskiy is the expected starter, backed up by (Forever A Flame) Brian Elliott. Waiver claim Rudolfs Balcers is the lone healthy extra body for the Lightning, who are missing quiet a few players right now. (Insert LTIR/cap space joke of your choice here.)
Are the Lightning playing their best hockey right now? Not quite. They’re a little more leaky defensively than we’re used to seeing against such a tight-checking, fast team. But they’re still the Lightning and while they’re a bit leaky defensively, they have some really strong pieces in their forward group who can help them win close games. (When Pat Maroon is on your fourth line, you have some strong depth.)

The Flames are without Oliver Kylington and Michael Stone.
The Lightning are without Brent Seabrook, Zach Bogosian, Anthony Cirelli, Erik Cernak and Cal Foote.

This is the first of two meetings between these teams in 2022-23. They met twice last season, splitting their games with the home team always winning. The Flames haven’t won in Tampa Bay since Jan. 11, 2018. (They’re riding a three game losing streak in Tampa.)