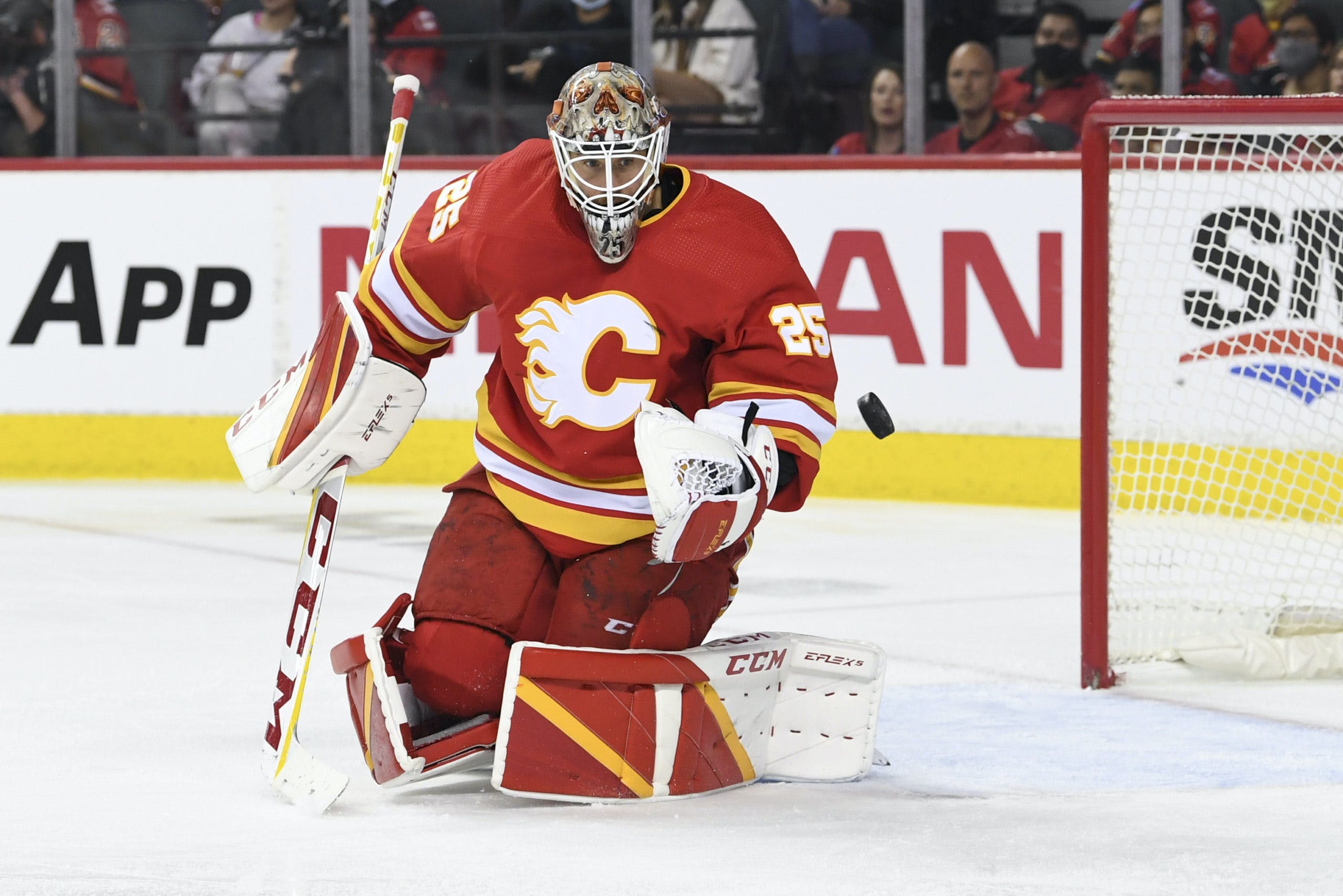 By Ryan Pike
9 days ago
Welcome to our game day content brought to you by NHL betting site Betway!
Two days after a big win in Sunrise, Florida, the Calgary Flames (8-7-2, 18 points) head to the City of Brotherly Love to visit the Liberty Bell, Gritty, and the Philadelphia Flyers (7-7-4, 18 points). The Flyers are a team in transition, embarking upon a new adventure with coach John Tortorella, and missing a whole whack of good players. Can the Flames keep their winning ways going?
The broadcast begins at 5 p.m. MT on Sportsnet Flames and Sportsnet 960 The Fan!

Projected lines courtesy Daily Faceoff:
Ruzicka – Lindholm – Toffoli
Dube – Kadri – Mangiapane
Huberdeau – Backlund – Coleman
Lucic – Rooney – Lewis
Hanifin – Andersson
Zadorov – Weegar
Gilbert – Tanev
Jacob Markstrom starts with Dan Vladar backing up. Connor Mackey remains the healthy scratch, while it looks like Kevin Rooney slots in for Brett Ritchie, who left Saturday’s game against Florida with an unspecified injury.
After a seven game losing skid, the Flames have won three of their last four games. The Flames have been playing pretty good hockey for their past seven or eight games, but the game-costing mistakes are gradually being smoothed out of their performances. They were really good against a strong Florida team on Saturday.
Keep an eye on two wingers: young Adam Ruzicka has been superb on the top offensive line and is producing pretty consistently, while Jonathan Huberdeau has been really solid since his return from injury and seems to be gaining confidence in all three zones after a pretty tentative start to his Flames tenure.

Projected lines courtesy Daily Faceoff:
Farabee -Frost – Tippett
Hayes – Cates – MacEwen
Willman – Brown – Laczynski
Deslauriers – Sedlák – Bellows
Provorov – DeAngelo
Sanheim – Braun
Seeler – Ristolainen
Carter Hart is the projected starter, backed up by Felix Sandstrom. Scott Laughton left their last game with an injury and Tanner Laczynski has been summoned from Lehigh Valley and likely slots in tonight, leaving the Flyers with zero healthy extra bodies.
The Flyers are in the midst of a six-game losing skid; they’re 0-4-2, with their last win coming on Nov. 8 against St. Louis. Their underling numbers aren’t great, they’re prone to defensive lapses, and they’re in a stretch right now where their mistakes find their way into the back of the net. They’re finding ways to lose. If this sounds familiar, they’re basically the Flames of two weeks ago except with worse fundamentals.
Let’s see if the Flames have it in them to kick the Flyers while they’re down.

This is the first of two meetings between these teams in 2022-23. The two teams met twice last season, with the Flames capturing three of a possible four points (via a win and an overtime loss).