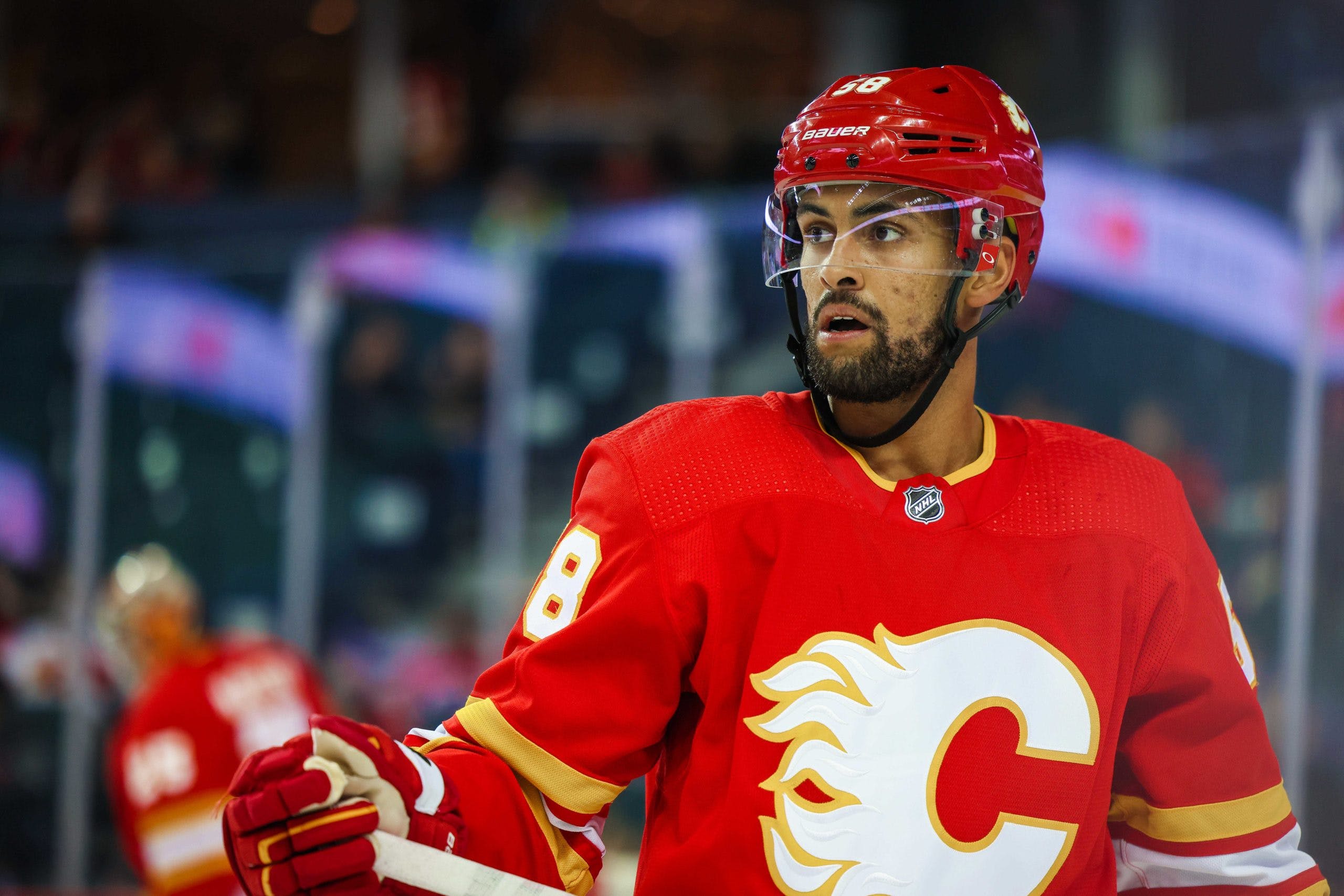 By Ryan Pike
1 year ago
After a three day lapse in their schedule, the Calgary Flames (12-3-5, 29 points) begin their march towards the season’s midway point with a Saturday night match-up with the Winnipeg Jets (9-7-4, 22 points). The Flames are rested and on a winning streak, while the Jets are on a skid and played yesterday. Can the Flames make this schedule win into an on-ice win?
It’s a Hockey Night in Canada late game that starts at 8 p.m. MT. You can catch the action on CBC (and Sportsnet’s national feed) and Sportsnet 960 The Fan.
For a look from the other side, check out our pals at Jets Nation!

Yesterday’s lines via Daily Faceoff:
Gaudreau – Lindholm – Tkachuk
Coleman – Backlund – Mangiapane
Dube – Monahan – Pitlick
Lucic – Richardson – Lewis
Hanifin – Andersson
Kylington – Tanev
Zadorov – Gudbranson
Jacob Markström starts for the Flames, backed up by Dan Vladar. The projected extras are Michael Stone, Juuso Välimäki and Adam Ruzicka. Brad Richardson was absent from practice on Thursday due to “maintenance,” but he was in attendance at morning skate so he should be in tonight.
The Flames are one of the top teams in the NHL right now. Their last regulation loss was on Nov. 11 and they have points in their past seven games (5-0-2). They’re rolling along right now, playing well and looking like a confident group on the ice. If they can stay consistent and maintain the details of their game, they’re a tough out on most evenings.

Yesterday’s lines via Daily Faceoff:
Copp – Scheifele – Ehlers
Connor – Dubois – Wheeler
Harkins – Lowry – Svechnikov
Toninato – Stastny – Beaulieu
Morrissey – Schmidt
Dillon – Pionk
Stanley – DeMelo
Connor Hellebuyck started yesterday in Minnesota, but he was pulled after 22 minutes after allowing four goals. So presumably he goes again and Eric Comrie backs him up, as Comrie played more than half of yesterday’s outing. The extras yesterday were Kristian Vesalainen and Riley Nash, so likely one (or both) of those players slot in somewhere tonight.
Winnipeg’s last victory was on Nov. 16 – they’re riding a five-game losing skid and playing their second game in as many days. Their underlying numbers themselves aren’t bad, but they’re a group that’s arguably under-performed and found ways to lose so far this season – they’re either really good or not very good at all this season and they’re in a stretch where they’ve been not good fairly consistently.

The Jets were in the North Division last season and the Flames saw them a lot. They played them nine times, winning three games.