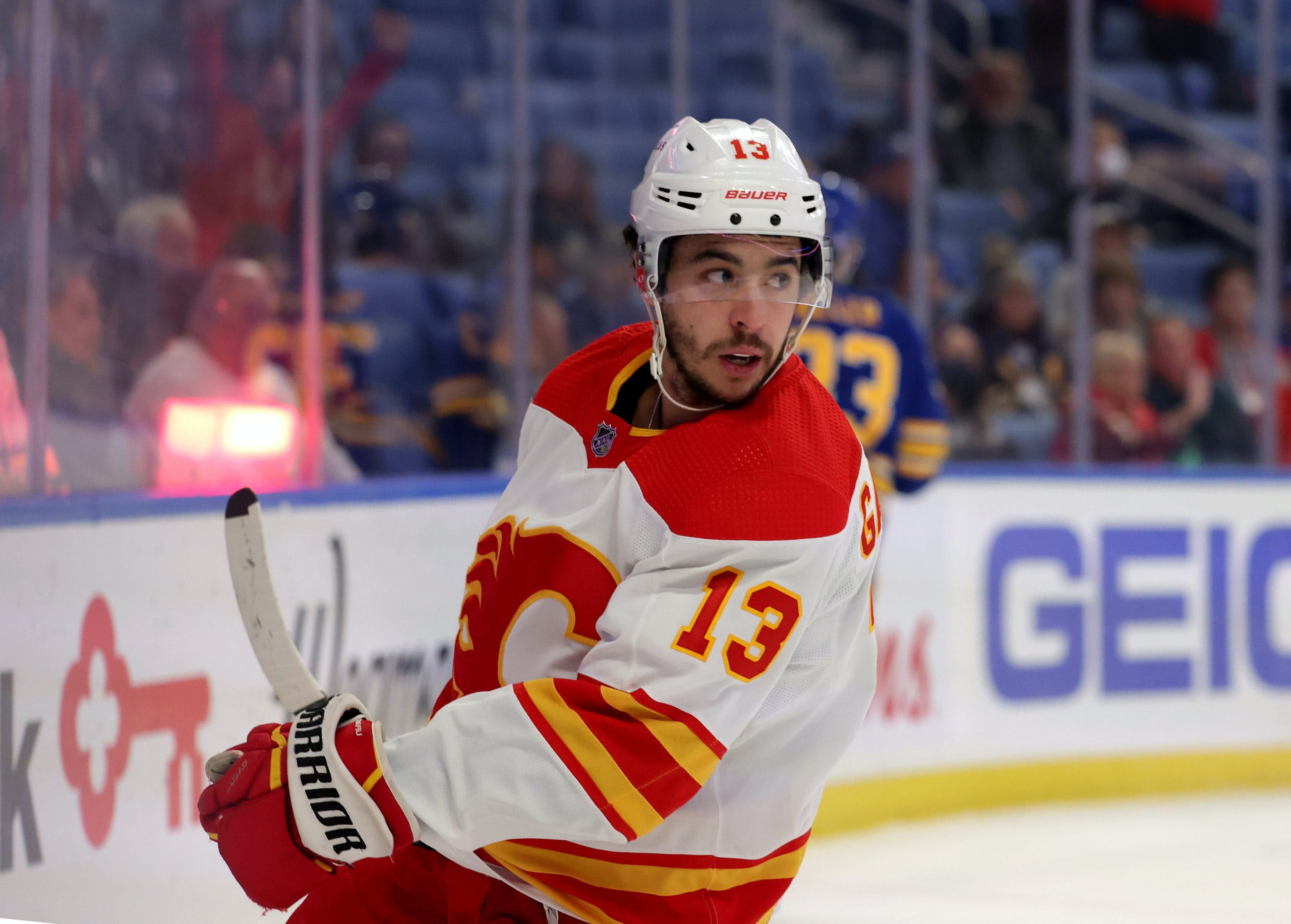 By Ryan Pike
1 year ago
After returning to action in Seattle before the weekend, the Calgary Flames (16-7-6, 38 points) attempt to continue their winning ways as they embark on a four game road trip starting Sunday evening against the Chicago Blackhawks (11-16-4, 26 points). It’s the Flames’ second attempt to play in Chicago in the past month, with their prior attempt being derailed by a slew of COVID-19 positive tests.
This game gets going at 5 p.m. MT. You can catch the action on Sportsnet West and Sportsnet 960 The Fan.

Projected lines via Daily Faceoff:
Gaudreau – Lindholm – Tkachuk
Lucic – Backlund – Coleman
Mangiapane – Dube – Pitlick
Richardson – Monahan – Lewis
Hanifin – Andersson
Kylington – Tanev
Zadorov – Gudbranson
We’re expecting Jacob Markström to start in net, backed up by Dan Vladar. The projected extras are Michael Stone and Adam Ruzicka.
The Flames were pretty good, but not great, in Seattle on Thursday night. This is the opening game of a road trek that takes them into some really tough buildings against Florida, Tampa Bay and Carolina. You hate to say that a game against a sub-.500 team is a “must-win,” but they need to maintain momentum as they head into the tougher parts of this trip.
Two points against Chicago seem essential.

Projected lines via Daily Faceoff:
Debrincat – Borgstrom – Kane
Hagel – Toews – Strome
Kubalik – Dach – Kurashev
Khaira – Carpenter – Entwhistle
de Haan – S.Jones
Stillman – Murphy
McCabe – Gustafsson
Arvid Soderblom starts for Chicago, backed up by Marc-Andre Fleury (who just got out of the COVID-19 protocol this morning). The extras yesterday were Caleb Jones, Kurtis Gabriel and Brett Connolly.
This is almost a schedule loss for Chicago. They played on Saturday against Nashville and got shelled, with each of their goalies giving up three goals in a 6-1 loss to the Predators. Playing in a back-to-back situation, with travel, against a fairly rested Flames team doesn’t seem like a recipe for success.
That said, the Hawks will be trying to prove that they’re better than they showed against Nashville.

The Flames are without Brett Ritchie.
The Blackhawks are without Marc-Andre Fleury, Kevin Lankinen, Andrew Shaw, Tyler Johnson and Reese Johnson.

The Flames beat Chicago 5-2 back in late November.