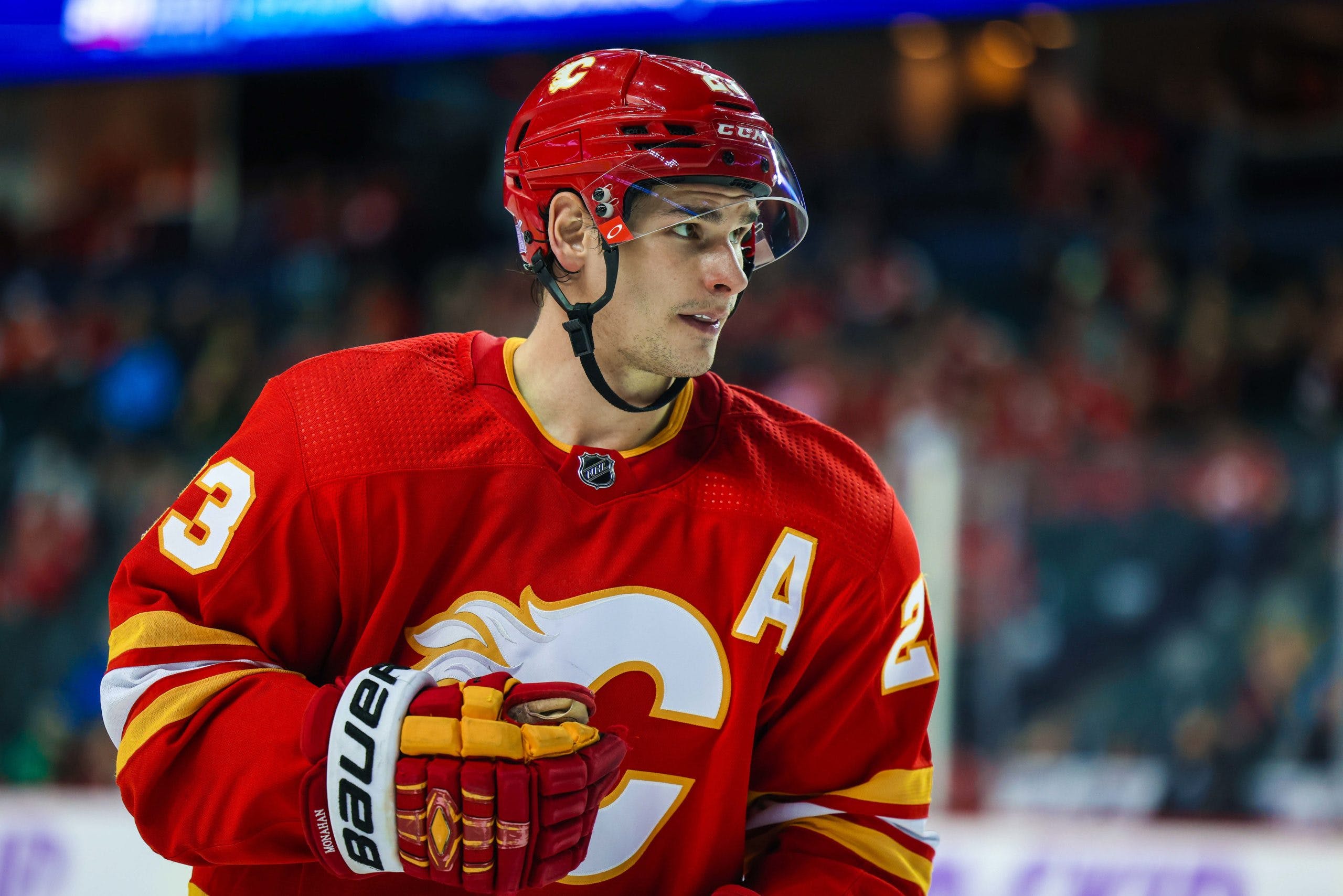 By Ryan Pike
1 year ago
After all sorts of delays, the Calgary Flames (21-13-6, 48 points) finally hit the midway point of their schedule on Tuesday night. And they do it down in the heart of Texas against the Dallas Stars (23-17-2, 48 points), their most recent playoff opponent and a team who they’ll need to figure out how to beat in order to have playoff success.
This game gets going just after 6:30 p.m. MT. You can catch the action on Sportsnet West, and Sportsnet 960 The Fan.

Projected lines via Daily Faceoff:
Gaudreau – Lindholm – Tkachuk
Coleman – Backlund – Mangiapane
Dube – Monahan – Ritchie
Lucic – Ruzicka – Lewis
Hanifin – Andersson
Kylington – Tanev
Zadorov – Gudbranson
Twas an optional morning skate today, so we’re making assumptions and projections: Jacob Markström starts for the Flames, backed up by Dan Vladar. The extras on the active roster are Michael Stone, Brad Richardson and the injured Tyler Pitlick, while Connor Mackey and Byron Froese are on the taxi squad. The Flames are expected to make zero changes from their lineup from their prior four games, but we’ll confirm those details at warm-up.
The last time the Flames saw Dallas was in November, and previously in the 2020 playoffs and, to be blunt, the Flames failed that playoff test. (They lost in overtime back in November.) Part of it was the Stars having some veteran playoff performers, but another part of it was the Flames not adjusting well to Dallas’ heavy style. We’ve seen several games this season where the Flames played teams that base their defensive zone structure around choking away all access to the “home plate” area below the face-off circles and towards the slot area. (See also: San Jose, Vegas, Tampa Bay.)
The Flames have two more games with Dallas before the end of the season. If they can figure out how to disrupt Dallas’ defensive game, it’ll go a long way towards preparing them for the possibility of post-season hockey.

Projected lines via Daily Faceoff:
Robertson – Hintz – Pavelski
Benn – Seguin – Gurianov
Peterson – Faksa – Radulov
Kero – Damiani – Glendening
Lindell – Klingberg
Suter – Heiskanen
Hanley – Hakanpaa
Jake Oettinger starts for Dallas, backed up by Anton Khudobin. The healthy extra body right now is Andrej Sekera.
The Stars have been on a roll lately, with their latest triumph being a 5-1 win over Boston on Sunday evening. They’re an interesting mix of wily veterans and up-and-coming youngsters, a product of them signing their core players for eons and developing players quite well in the American Hockey League to slot in wherever they’re needed.
They’re not a juggernaut, but they’re a structured, poised team that can clog up the ice and make opponents play the type of game they desire. They’re a big test for the Flames.

The Flames are without Tyler Pitlick.
The Stars are without Ben Bishop, Michael Raffl, Joel Kiviranta and Braden Holtby.

The Flames lost to the Stars 4-3 in overtime in Calgary back in November.