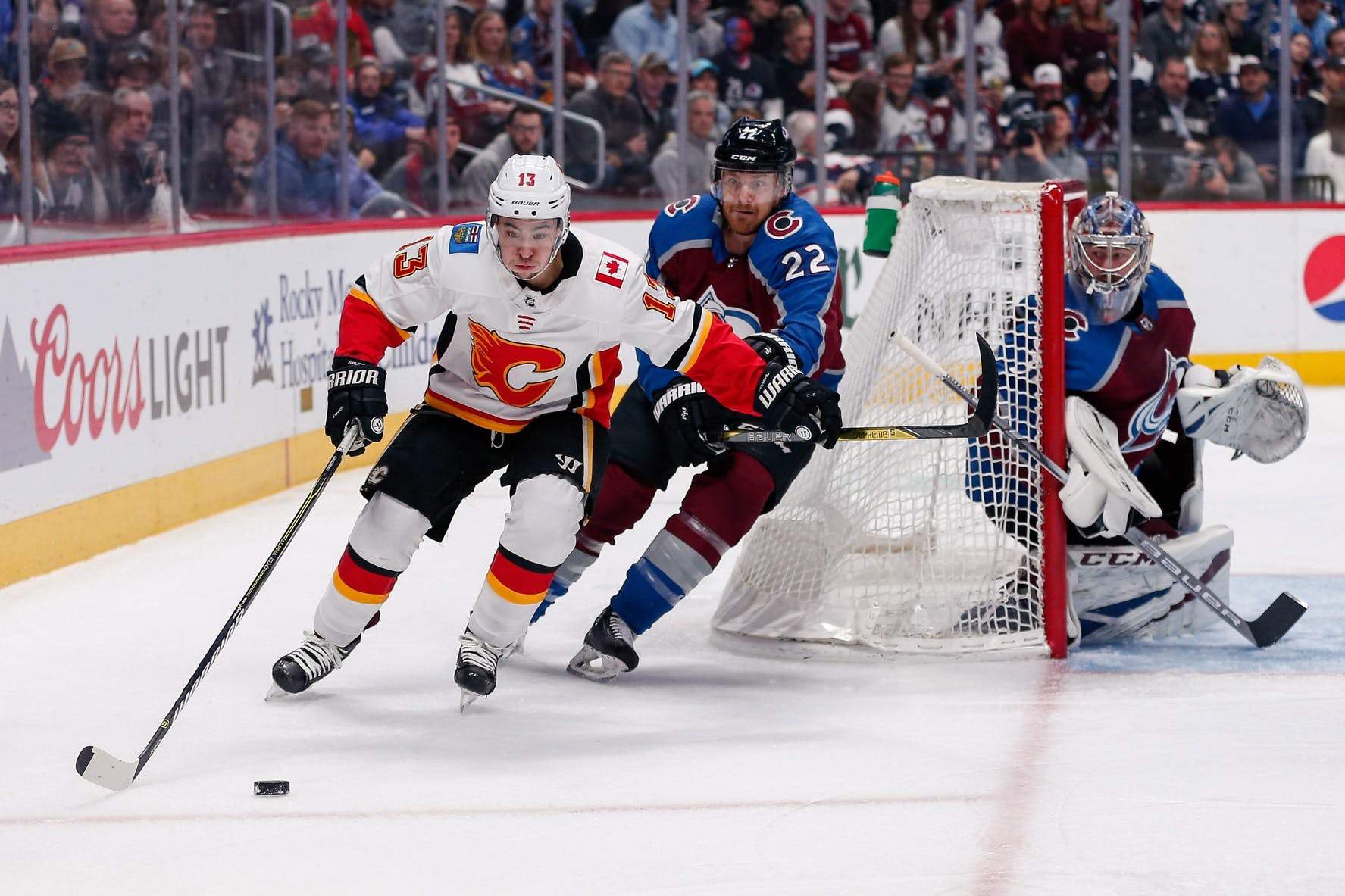 By Ryan Pike
8 months ago
It’s a veritable clash of the titans on a Saturday night! The Pacific Division leaders, the Calgary Flames (32-16-5, 71 points), head to Denver to visit the Central Division leaders, the Colorado Avalanche (X). Expect a playoff-style intensity as two teams with aspirations of making the playoffs and then doing impressive things once they get there do battle. Can the Flames bounce back from a fairly substandard game against Montreal? Or will the stacked Avalanche prove too much?
The puck drops just after 8 p.m. MT. Catch all the action on CBC, City TV and Sportsnet’s national feed or Sportsnet 960 The Fan!

Projected lines via Daily Faceoff:
@Johnny Gaudreau – @Elias Lindholm – @Matthew Tkachuk
@Blake Coleman – @Mikael Backlund – @Andrew Mangiapane
@Milan Lucic – @Sean Monahan – @Tyler Toffoli
@Trevor Lewis – @Dillon Dube – @Brett Ritchie
@Noah Hanifin – @Rasmus Andersson
@Oliver Kylington – @Chris Tanev
@Nikita Zadorov – @Erik Gudbranson
Update from warm-up: @Daniel Vladar starts, backed up by @Jacob Markstrom. @Dillon Dube is back in, replacing @Brad Richardson. The other extras are @Adam Ruzicka and @Michael Stone.
The Flames weren’t particularly bad against Montreal but they weren’t particularly good, either. Worst-case, they looked a bit like previous incarnations of the club. You know the type: taking undisciplined penalties, turning over the puck at the offensive blueline or via failed zone exits, leading to a bevy of high-quality chances against Markstrom.
To put it bluntly: Darryl Sutter has no patience when it comes to seeing these bad habits creeping in. He was blunt with the media – he criticized @Andrew Mangiapane’s performance, despite three points against the Habs, due to his turnovers – and you have to think he’s even more blunt with his players.
As per usual: keep an eye on the top line: if @Johnny Gaudreau, @Elias Lindholm and @Matthew Tkachuk are playing with confidence in the offensive zone, it could be a challenging night for Colorado.

Projected lines via Daily Faceoff:
@Andre Burakovsky – @Nathan MacKinnon – @Mikko Rantanen
@Gabriel Landeskog – @Nazem Kadri – @Alex Newhook
@Tyson Jost – @JT Compher – @Logan O’Connor
@Kurtis MacDermid – @Darren Helm – @Nicolas Aube-Kubel
@Devon Toews – @Cale Makar
@Jack Johnson – @Samuel Girard
@Ryan Murray – @Erik Johnson
@Darcy Kuemper starts in net for Colorado, backed up by @Pavel Francouz. @Valeri Nichushkin is back in tonight, but the Avalanche coaching staff hasn’t set which player comes out for him.
The Avalanche were in an unfamiliar position on Thursday: they lost. They dropped a 2-1 game in regulation to the Coyotes. Colorado is a good, deep, well-coached, well-structured team that is presently 14 points clear of second-place St. Louis for the division lead. It’s unfair to suggest that complacency could creep into their game with such a cushion, but it’s probably fair to say that perhaps they might not have the same urgency in their game as they might if they had the Blues right on their heels.
Anyhow, Colorado is really, really good. This should be a really entertaining hockey game between two strong clubs.

The Flames are healthy.
The Avalanche are without Bowen Byram, Stefan Matteau and Valeri Nichushkin.

Somehow this is the first meeting between these two clubs this season. They last met in December 2019 in Denver, with the Flames winning 5-4 in a shootout.