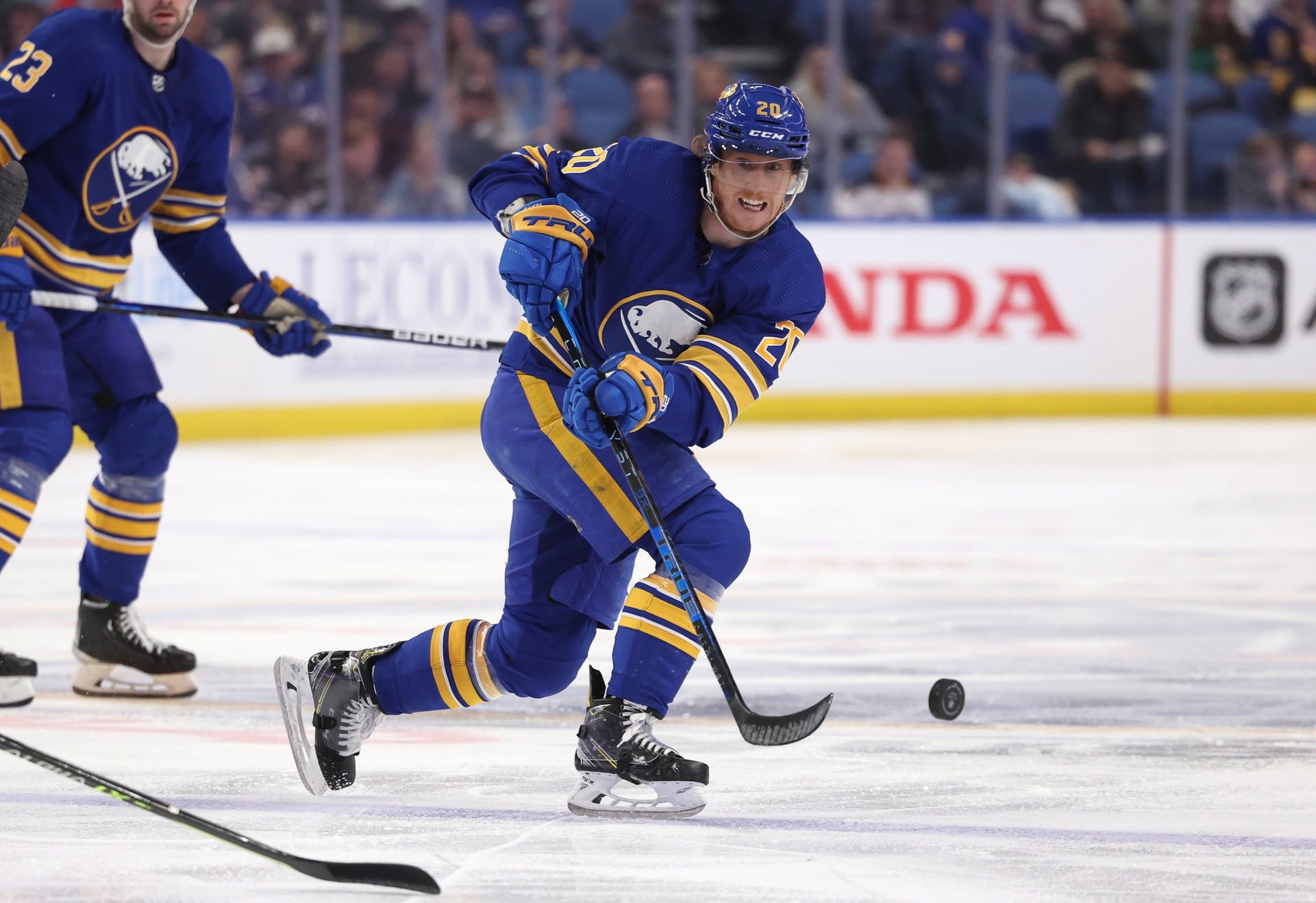 By Ryan Pike
2 months ago
Friends, PTO season has begun!
Per a report from CapFriendly (and Sportsnet’s Eliotte Friedman), the Calgary Flames are bringing forward Cody Eakin to training camp on a professional try-out (PTO) agreement.
(The signing has been confirmed by the Flames.)
Eakin, 31, played last season with the Buffalo Sabres, where he had four goals and 12 points in 69 games playing down the rotation (on a bad team) with either Kyle Okposo and Zemgus Girgensons or John Hayden and Anders Bjork. He’s played 701 NHL games split between Dallas, Vegas, Buffalo, Washington and Winnipeg.
Eakin has primarily been a depth player throughout his NHL run, but he’s been useful depth. He’s probably a bottom-six player at this point in his career, but he wins face-offs, doesn’t take too many penalties, and generally tries to make the game low-event while he’s on the ice. He’s also been on a long playoff run fairly recently, reaching the Stanley Cup Final as part of the 2018 Vegas Golden Knights team.
He played with Flames forward Tyler Toffoli at the 2015 World Championship and under assistant coach Ryan Huska at the 2011 World Juniors (as well as playing half a season with new AHL goalie coach Mackenzie Skapski in junior), so there’s some familiarity with some Flames personnel.
It’s an extremely low-risk move which creates some competition at the bottom of the rotation, and likely forces some youngsters to battle for spots rather than get them by default. If he’s signed, he likely wouldn’t get much more than a league-minimum ($750,000 cap hit) deal, and even that would be very low-risk.
The Flames begin rookie camp on Thursday, while main camp begins next Thursday.