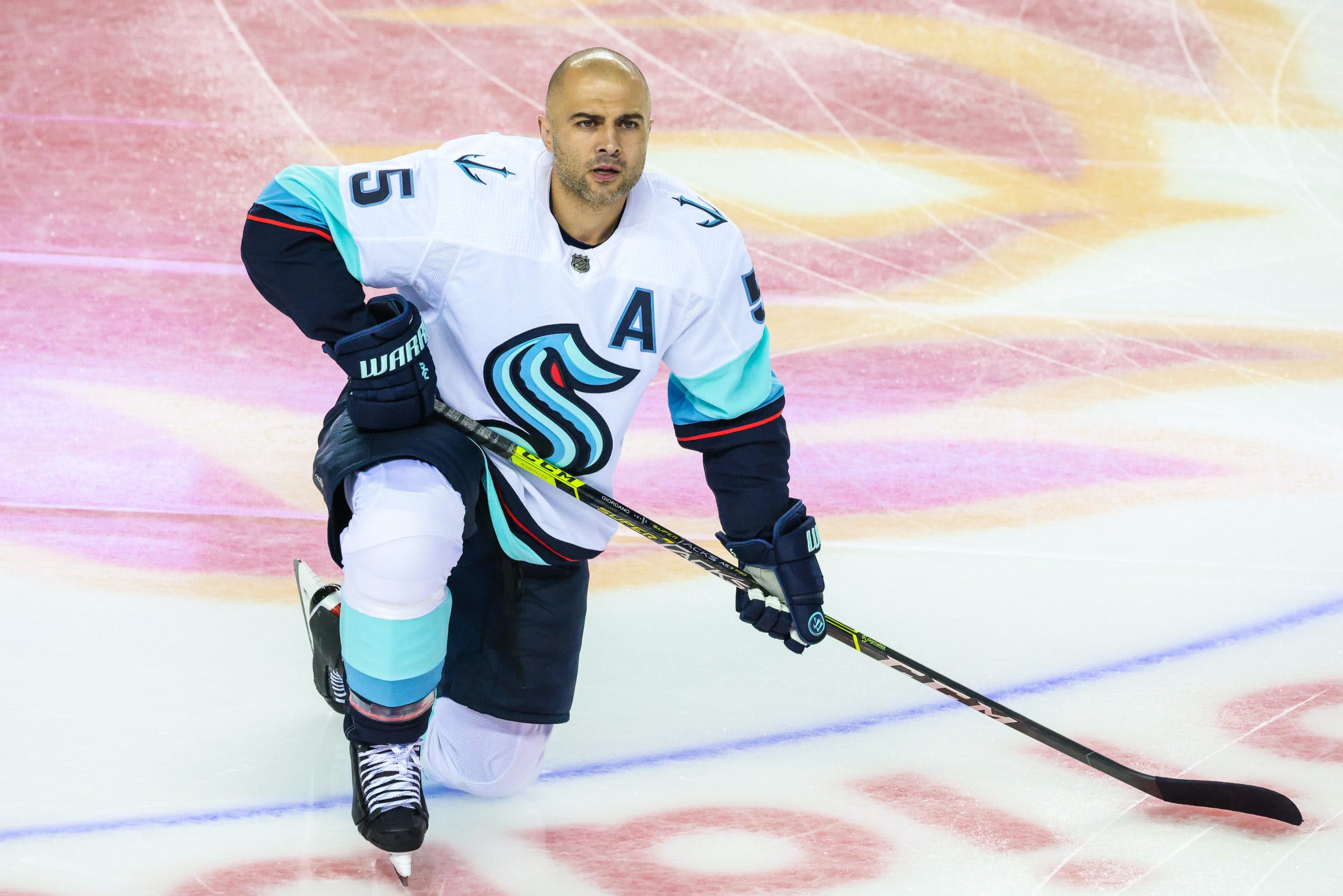 By Ryan Pike
10 months ago
He was dubbed, by one Postmedia reporter, “the player nobody wanted.” Undrafted in the Ontario Hockey League. Undrafted in the National Hockey League. Signed as minor league fodder by the Calgary Flames mere weeks after the club lost in the 2004 Stanley Cup Final.
Roughly 17 and a half years later, the majority spent in the Flames organization, Mark Giordano plays his 1,000th NHL game on Saturday night when the Seattle Kraken visit the Washington Capitals.
Like everything else in Giordano’s career, 1,000 games didn’t come easy.
He was a walk-on with Owen Sound Attack in the OHL, eventually progressing to be a pretty good junior player. He received a development camp invite from the Phoenix Coyotes but wasn’t signed. So when his junior career ended, he enrolled at York University and prepared for schooling.
But his academic pursuits were derailed by a contract offer from the Flames: the now defunct three-way deal that offered a different wage at the NHL, AHL and ECHL levels. He spent much of his first pro season in 2004-05 hesitant to fully unpack while playing, and quite well, with the Flames’ shared AHL affiliate in Lowell, MA.
He debuted in the NHL on Jan. 30, 2006, an injury fill-in midway through the regular season. He played 14:01 and the Flames lost 3-2 in a shootout to the St. Louis Blues.
Giordano became an NHL regular the following season and began his steady march to the 1,000 game mark. His march was not without its roadblocks.
If not for any number of these obstacles, Giordano probably would’ve reached 1,000 games as a Flame – he ended up with 949, second all-time behind Hockey Hall of Famer Jarome Iginla. Giordano departed Calgary for Seattle in July’s expansion draft after serving several seasons as Flames captain, winning a Norris Trophy, and becoming a big part of the franchise and community.
So before you sit down to watch the Flames play the Colorado Avalanche in the late game, take some time to reflect on Giordano’s unlikely path to the NHL and even unlikelier path to sustained excellence once he got there.