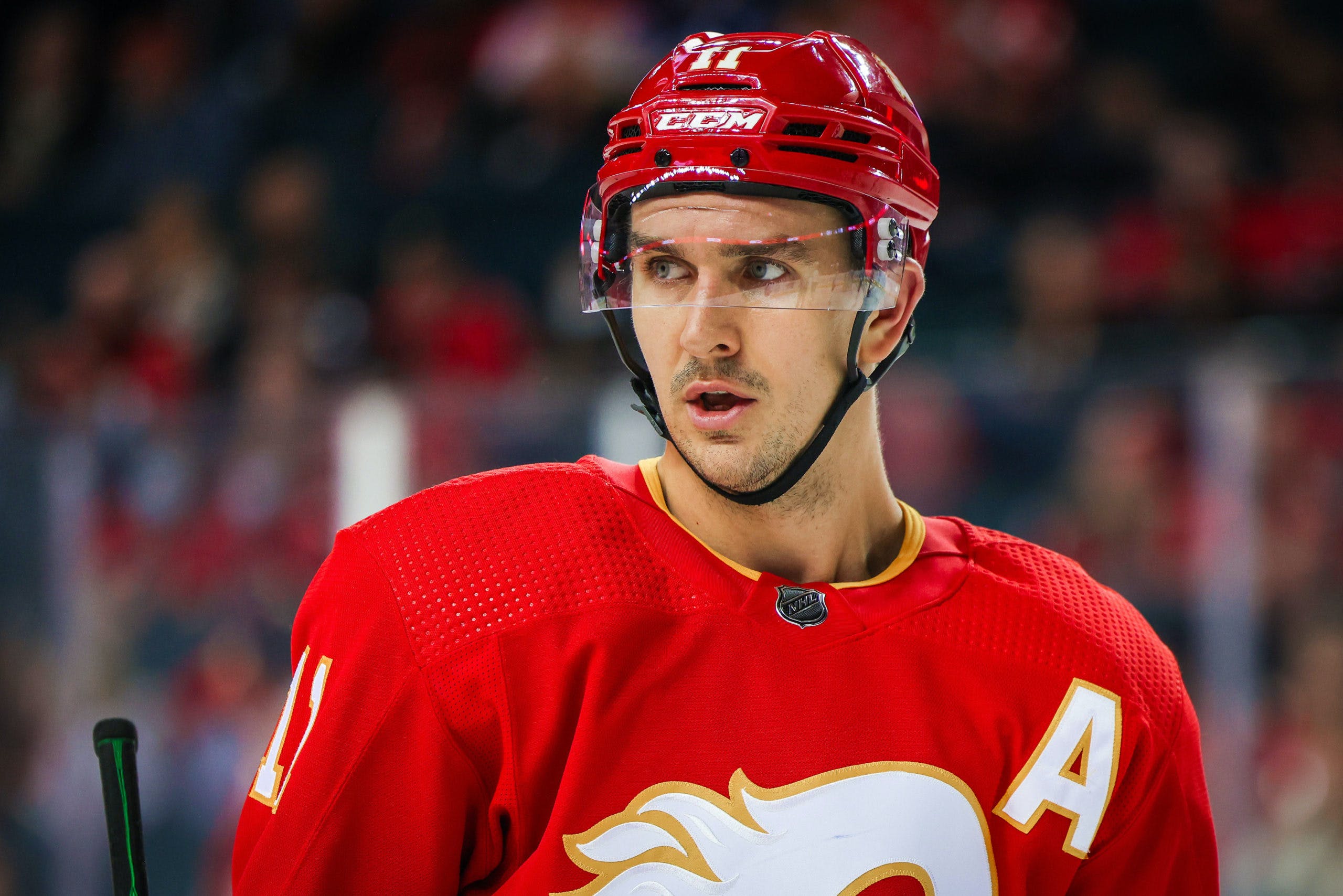 By Mike Gould
1 year ago
The Calgary Flames have named four alternate captains to start the 2021–22 season, Postmedia’s Wes Gilbertson reported Saturday.
Forwards Mikael Backlund, Sean Monahan, and Matthew Tkachuk and defenceman Chris Tanev will wear “A”s for the Flames in 2021–22.
NHL teams are permitted to bestow captaincy letters upon three of their players in each game. We’ll see the “A”s rotate between these four Flames this season.
Monahan, 27, has been a Flames alternate captain since the 2015–16 season. He’s played all 591 of his NHL games with Calgary and has 204 goals and 439 points in his career.
Backlund, 32, has been a Flames alternate captain since the 2018–19 season. He, too, has spent his entire NHL career with the Flames, amassing 154 goals and 397 assists in 744 games since 2008–09.
Tkachuk, 23, was also named a Flames alternate captain in 2018–19. He joined the club in 2016 after being drafted sixth overall by Calgary earlier in the year; in 349 games with the team, Tkachuk has 110 goals and 278 points.
Tanev, 31, is the only Flames defenceman to wear an “A” and also the only one to have previous experience with a different team. He spent 10 seasons with the Vancouver Canucks, serving as an alternate captain in the final four, before joining the Flames in 2020. In 570 NHL games, Tanev has 24 goals and 130 points.
The Flames will open their season on the road Saturday at 8:00 p.m. MT against the Edmonton Oilers.
Uncategorized
Recent articles from Mike Gould