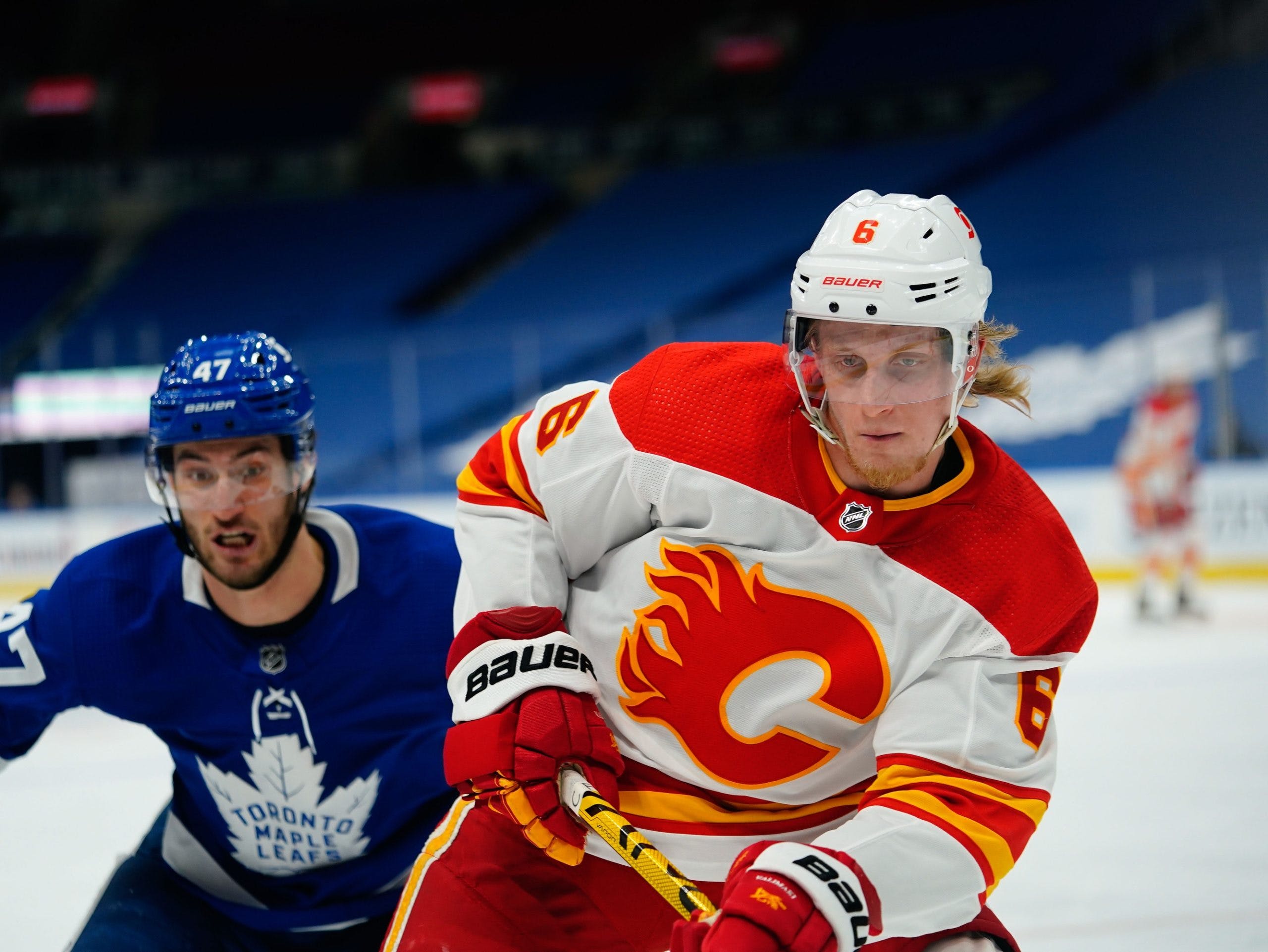 By Ryan Pike
3 months ago
The Calgary Flames have made more roster moves in advance of Monday’s roster deadline. The club has placed defencemen Juuso Valimaki and Dennis Gilbert, and forward Radim Zohorna on waivers.
Valimaki, 24, was the first-round pick of the Flames in the 2017 NHL Draft. But his development as a pro player was derailed significantly by a high ankle sprain in 2018-19 and an ACL tear, requiring surgery, which wiped out his entire 2019-20 season.
In four seasons as a pro, Valimaki has 16 points in 82 NHL games and 32 points in 55 AHL games. He’s in the final year of a contract that carries a $1.55 million cap hit at the NHL level. If he clears waivers and is assigned to the AHL, he’ll still carry a $425,000 hit on the Flames’ salary cap.
Zohorna joined the Flames earlier this week as a waiver claim from Pittsburgh but failed to impress in a pair of pre-season games.
Gilbert was an off-season depth signing that had been dealing with a minor injury, but presumably is well enough now to be placed on waivers and demoted to the minors.
The Flames begin their regular season on Thursday when they host the Colorado Avalanche. They have to submit a cap compliant, 20-23 player roster to the league offices at 3 p.m. MT on Monday.
News
Recent articles from Ryan Pike