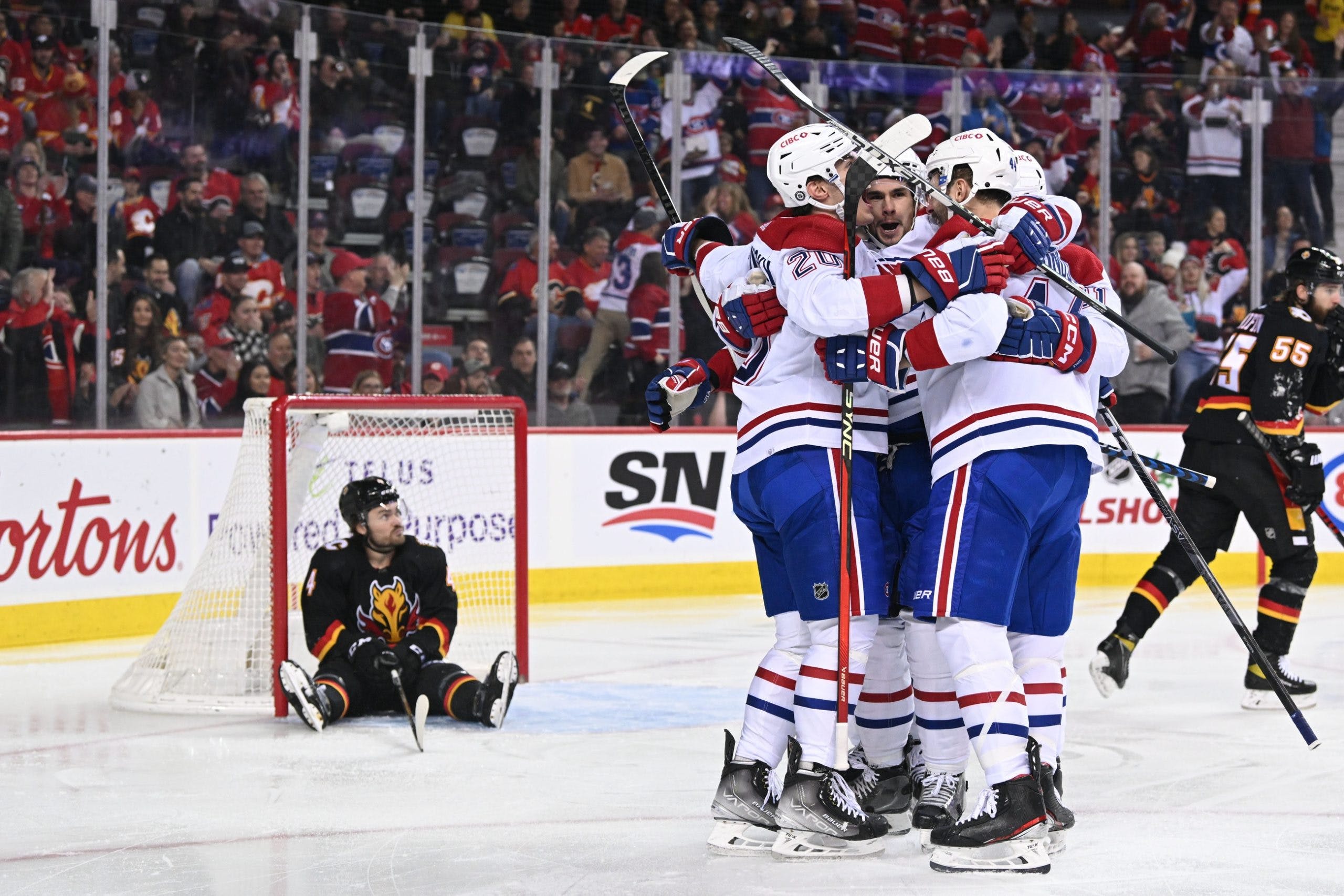 By Ryan Pike
2 months ago
Be sure to check out the latest Flames game day odds from NHL betting site Betway!
The Montreal Canadiens made their yearly visit to the Scotiabank Saddledome on Thursday night. The Calgary Flames out-shot and out-chanced the Habs by a decent margin at five-on-five, but an early goalie gaffe and some porous power play sequences kept the Flames behind the eight-ball for much of the proceedings.
The Flames lost to Montreal by a 2-1 score, dropping them back down to the .500 mark.

First, the good: the Flames got a ton of pucks on net, especially from the home plate and net-front area. They got volume and quality, something they don’t often produce.
But here’s the challenge: Allen saw most of the pucks that were put on net, even the in-close ones. He was quite good, but the Flames weren’t getting a lot of screens or redirects.
The bigger challenge was that the Flames’ power play had plenty of opportunities to give the club a boost. They had 12 shots on net on their PPs, but (again) they didn’t do a whole lot to elevate those shots into really great scoring chances.

Let’s go with Mikael Backlund. He was strong at the face-off dot and generated a lot of chances, shots and overall energy throughout the game.

In a one-goal game, it’s gotta be Montreal’s go-ahead goal. Caufield absolutely buried Suzuki’s feed, and absolutely made the Flames pay for Mangiapane’s minor. Their power play was a difference-maker.

2013 first-round selection Sean Monahan returned to the Saddledome for the first time since his July trade to Montreal. He received the requisite tribute video and ovation at the first TV timeout.
Monahan was credited with two assists in his return to the ‘Dome.

The Flames (10-10-3) are back in action on Saturday evening when they host the Washington Capitals.
News
Recent articles from Ryan Pike