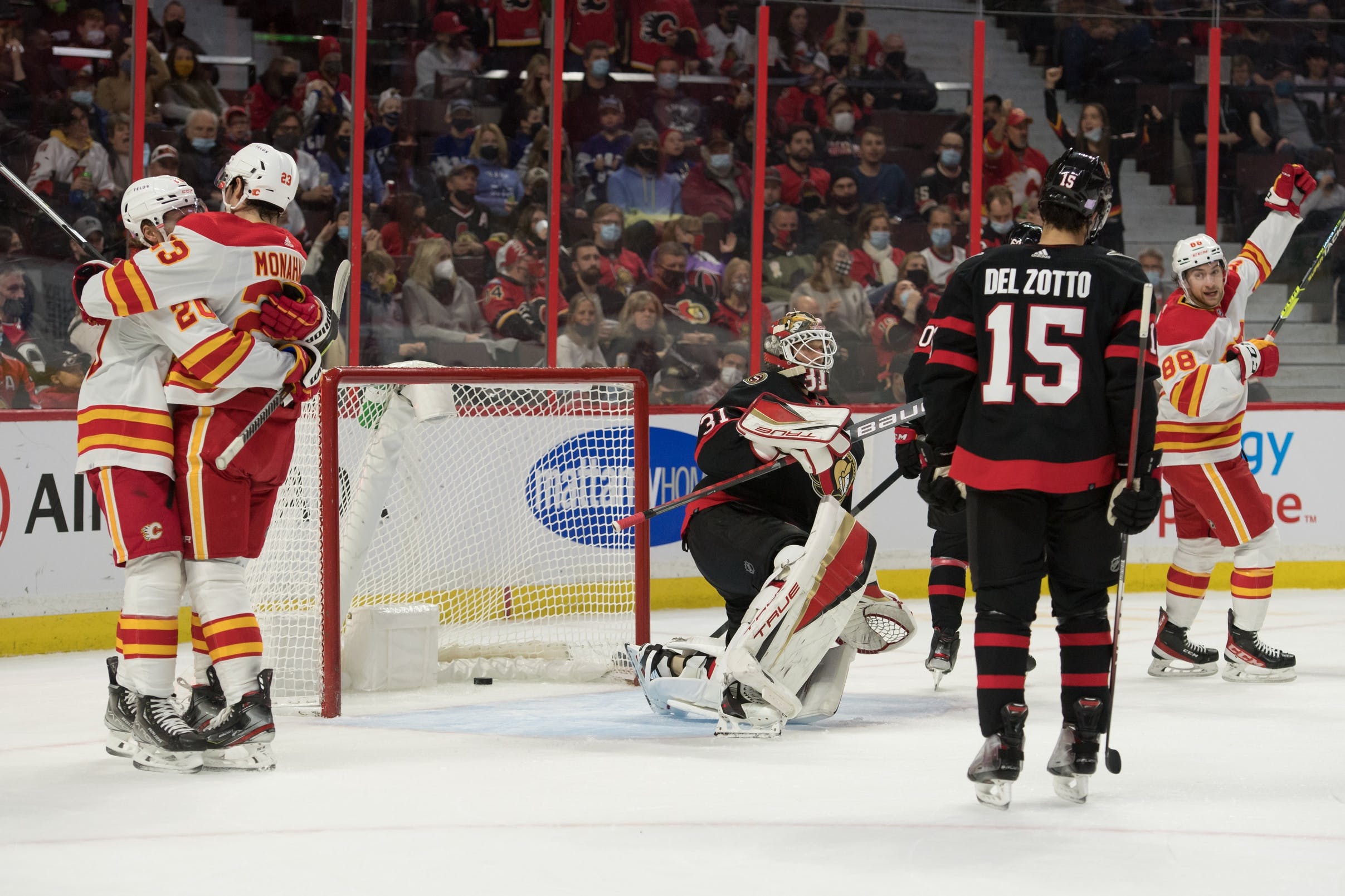 By Ryan Pike
1 year ago
The Calgary Flames visited the Ottawa Senators on Sunday night. The Senators played the night before. The Senators are missing between 11 and 14 NHL regulars, depending on how you want to define “regulars,” due to injuries and COVID-19 positive tests. This was a game the Flames really should have won.
And they did. The Flames were full marks in a 4-0 victory over the Senators.

They are who we thought they were. Both teams.
The Flames looked equal parts structured, patient and composed. They were looking for their first win in a little while and did what they could to make Ottawa’s evening a challenging one. The Senators responded to the Flames’ efforts by getting worn down, making mistakes, and having the Flames capitalize on them.
It was the game the Flames needed to play to get the result they needed to get.

Let’s do a joint award: Mangiapane got his team-leading 10th goal of the season, and Dan Vladar was full marks starting his second consecutive game for the club.

This was a game where it didn’t seem like Ottawa had much of a chance, but the Mangiapane goal in the late first period really seemed to put a big barrier between the Senators and any hope of a victory. It also seemed to give the Flames a big boost and they were much more assured with the puck from that point onward.

Erik Gudbranson fought Zach Sanford at the end of the second period.

The Flames (8-3-4) are off to Philadelphia. They play the Flyers on Tuesday night.
Uncategorized
Recent articles from Ryan Pike