All in: Calgary Flames push their chips in with Tyler Toffoli trade 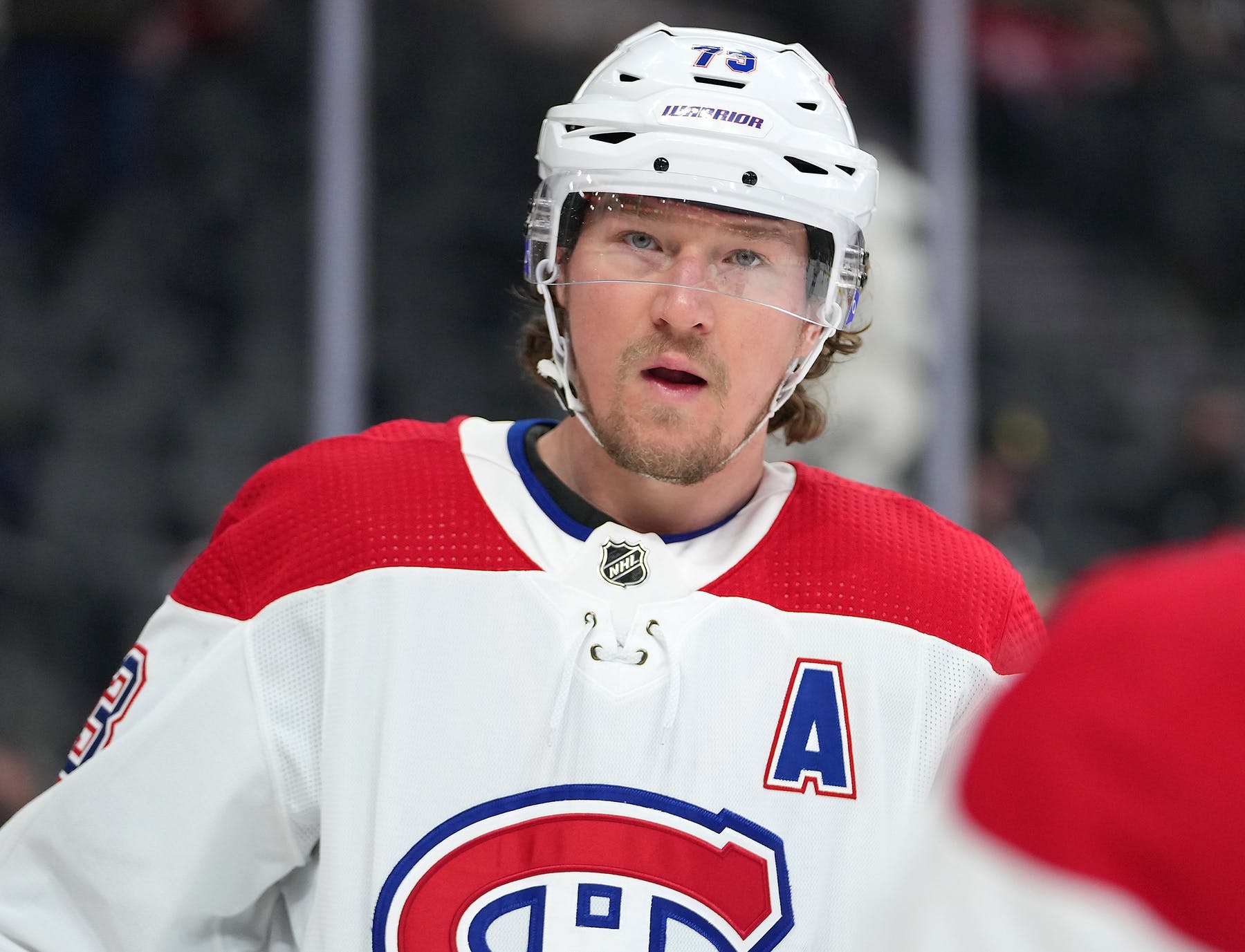 By Ryan Pike
9 months ago
The Calgary Flames began this week as the National Hockey League’s hottest team, riding a six game winning streak, and sat just a point behind the Vegas Golden Knights for the top spot in the Pacific Division.
If fans had any doubts how management felt about the team’s playoff chances, those doubts were likely dissipated when Brad Treliving pulled the trigger on a massive trade to acquire Tyler Toffoli from the Montreal Canadiens.
Speaking to the media following the trade, Treliving summed up the rationale behind the trade fairly succinctly: “The players have done their job. It was time for me to do mine.”
Make no mistake, folks: this is the best team the Flames have put together in decades. And their on-paper potential has been amplified by a revamped coaching staff, led by Darryl Sutter, that has emphasized continuity, on-ice roles, and a playing style that emphasizes structure and pace.
You don’t move a first-round pick unless you believe in your group. And the signal that Treliving sent on Monday morning was crystal clear: he believes in this group enough to spend significant draft capital to amplify their march to the post-season, and do so 34 days before the trade deadline so Toffoli can integrate into the group more rapidly.
According to figures from Evolving-Hockey, Toffoli can be expected to be a positive contributor at five-on-five offensively, on the power play and the penalty kill. At even strength, he’s more or less replacement level defensively. But he adds some offensive oomph to a Flames top nine group that’s been forced to use Brett Ritchie due to lack of depth. Needless to say: Toffoli is a huge upgrade over Ritchie.
Once Toffoli gets fully integrated it seems unlikely that the Flames tinker with their white-hot top line of Johnny Gaudreau, Elias Lindholm and Matthew Tkachuk. But his versatility likely allows Sutter to mix and match a middle six group that includes Toffoli, Blake Coleman, Andrew Mangiapane, Mikael Backlund, Sean Monahan and Dillon Dube. (And heck, Milan Lucic could be mixed in from time to time to add some size, too.)
Beyond this season, adding Toffoli’s two remaining contract years creates some challenges.
Signed for 2022-23 already are:
That’s $55.575 million out of a projected cap ceiling of $82.5 million, leaving $26.925 million to try to re-sign Gaudreau, Tkachuk, Mangiapane and Oliver Kylington, and then fill out the rest of the roster.
It’s going to be challenging, it’s going to be complex, and aside from prioritizing a Gaudreau extension due to his status as a pending unrestricted free agent, I get the feeling that the Flames brass are perfectly content to deal with all of that mess when the dust settles after the season.
Right now, the Flames have a team flirting with first place in the division, a roster that’s performing well and doing so in sustainable ways, and they’re looking at probably the clearest path to the conference final round than they’ve seen probably in several decades.
The summer is probably going to be a gigantic pain the backside for them to navigate. But right now, they’re focused on the present. And they appear to be all in.