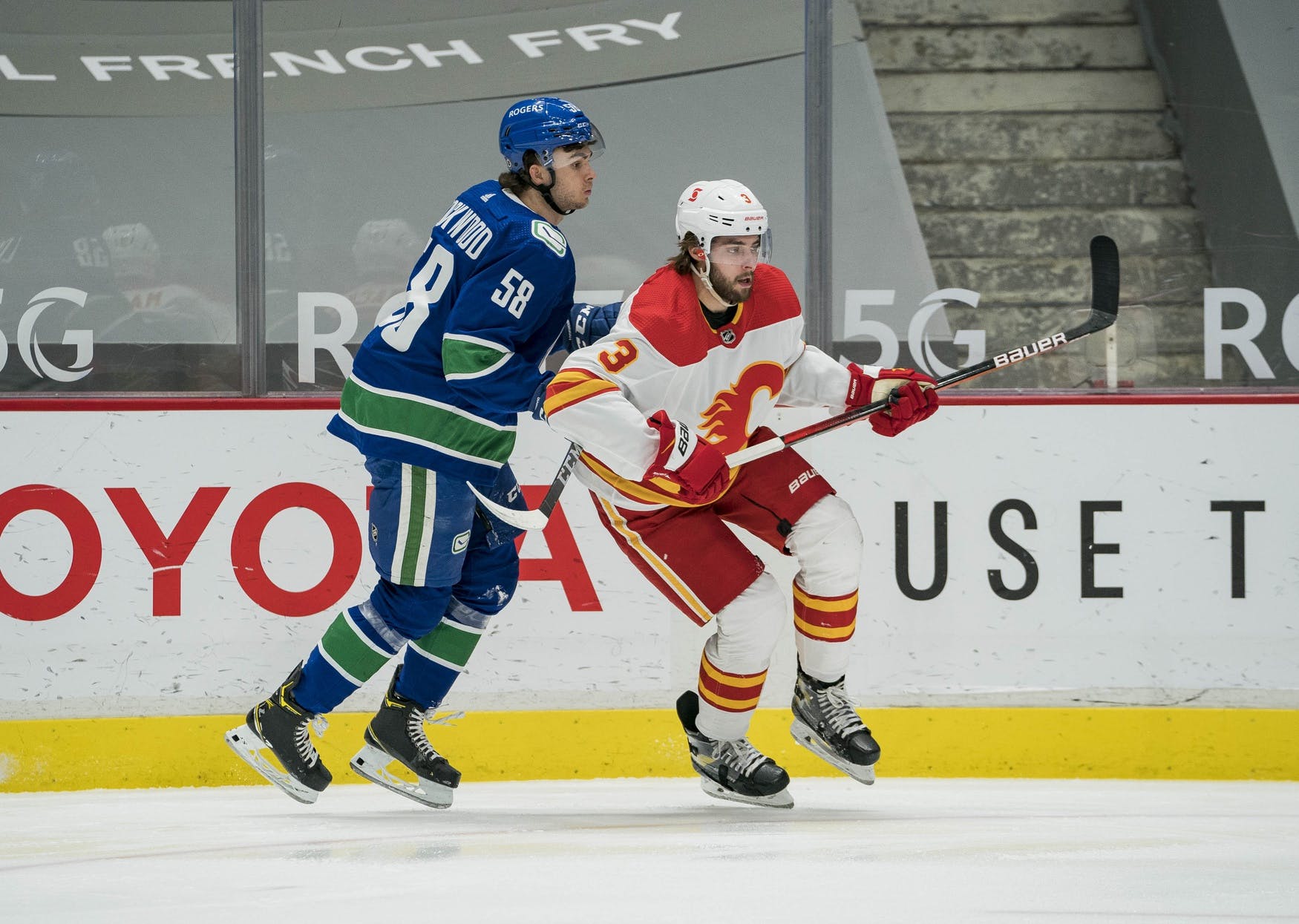 By Mike Gould
1 year ago
The Calgary Flames have re-signed 24-year-old defenceman Connor Mackey to a two-year contract worth $912,500 per season, the club announced Wednesday afternoon.
Mackey spent most of the 2020–21 season with the Stockton Heat of the American Hockey League, leading the team in defensive scoring with 16 points (three goals, 13 assists) in 27 games. He was also named a Canadian Division all-star.
In his first six NHL games with the Flames, Mackey scored his first goal and added two assists while averaging 14:10 of ice-time.
The one-way deal carries signing bonuses of $150,000 for 2021–22 and $175,000 for 2022–23.
Mackey will be a restricted free agent when his contract expires in July 2023.
Uncategorized
Recent articles from Mike Gould