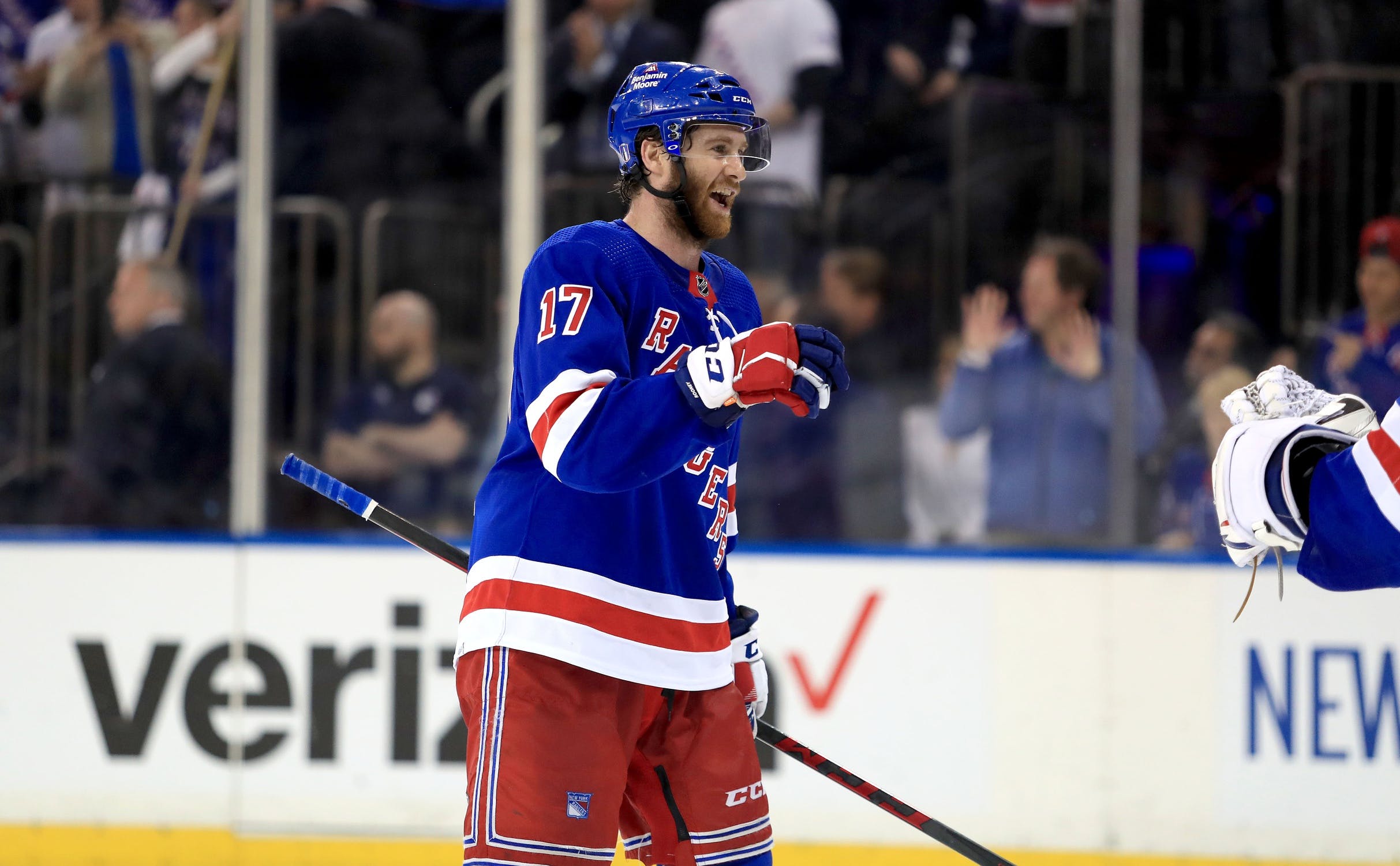 By Ryan Pike
6 months ago
The Calgary Flames have made their first move of 2022’s free agency period. Per multiple insider reports, the club has signed centre Kevin Rooney to a two-year deal with a $1.3 million average annual value.
Rooney is a 29-year-old left shot forward who can play centre or wing. He’s played 210 games between New Jersey and the New York Rangers, primarily as a bottom six guy. His career total for offensive output is 24 goals and 45 points. His career high for a single season in the NHL is 14 points. His career high in a single season as a pro is 34 AHL points. He was a college teammate of Jon Gillies and Mark Jankowski at Providence College back in the day.
In other words: this is a depth move. He’s a versatile, fairly reliable depth player who will be counted on to bounce around the third and forth line. $1.3 million is a bit hefty for a depth piece that doesn’t score much, but the market is what the market is, we suppose.