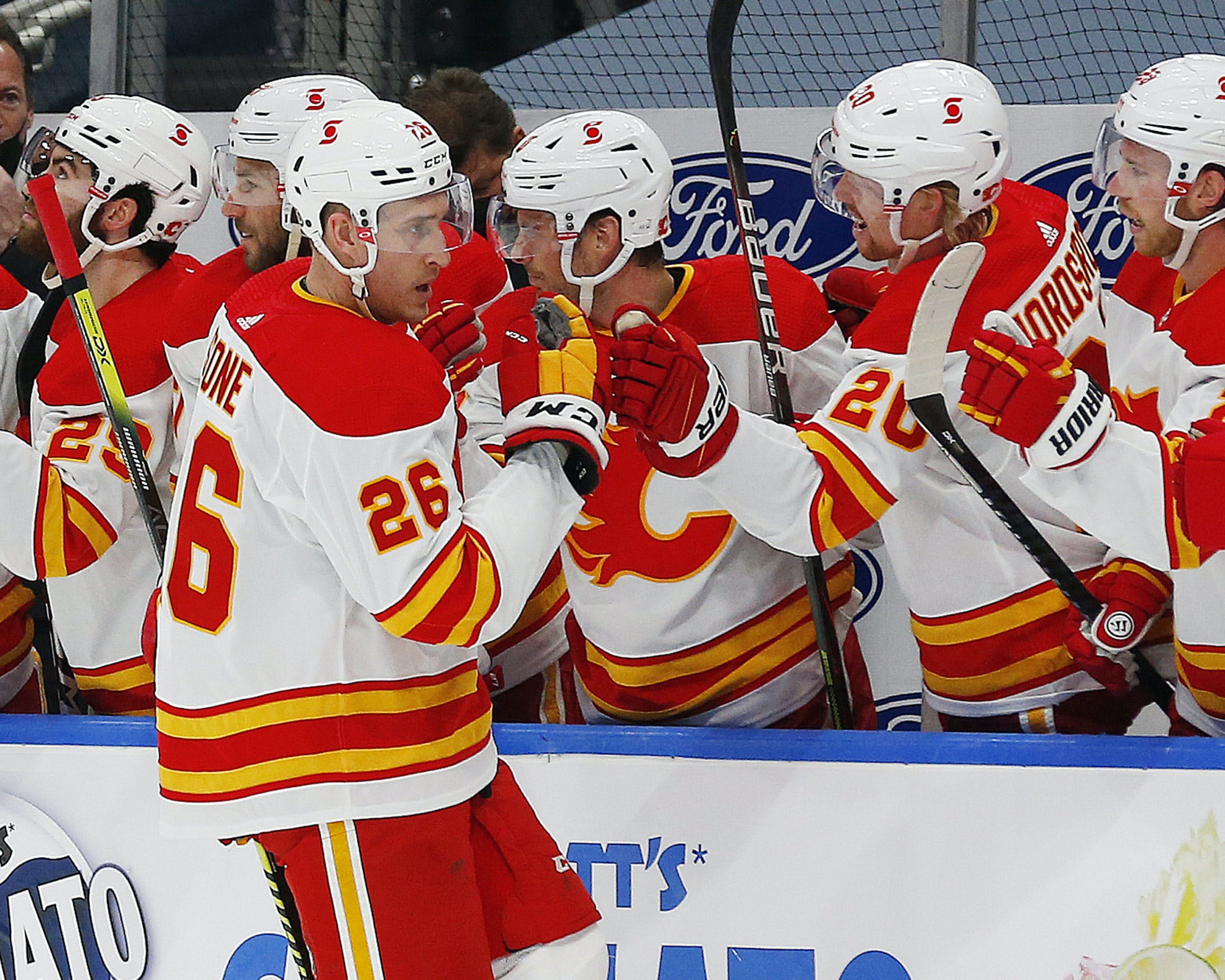 By Ryan Pike
3 months ago
For the fifth time in his National Hockey League career, the Calgary Flames have signed Michael Stone. The club announced on Tuesday that they’ve signed Stone to a one year, two-way deal for the 2022-23 season that carries a $750,000 cap hit at the NHL level.
Stone, 32, originally joined the Flames in February 2017 after a trade prior to that season’s trade deadline. He then signed a three-year deal (2017-20), had that deal bought out for cap reasons after two seasons, then signed a one-year deal later that off-season after Juuso Valimaki blew out his knee (2019-20), then another one-year deal (2020-21), another one-year deal (2021-22) and yet another one-year deal (2022-23).
What can we say about Stone? He’s always been reliable two-way depth, and he’s got a good shot that makes him useful in spot duty on the power play. His overall game is a little limited these days, but he’s a really savvy veteran who may be the ideal seventh defender based on his smarts, capabilities, cap hit and maturity.
News
Recent articles from Ryan Pike