FlamesNation mailbag: all over but the crying

By Ryan Pike
1 year ago
The Calgary Flames officially are not a playoff team for the 2020-21 season. As a result, attention is rapidly shifting to the July 21 expansion draft, the July 23-24 entry draft, and the opening of free agency on July 28.
The hockey world keeps marching on, folks.
We’ve dug into this in some detail in the past, but the short answer is Chris Tanev should be protected and Mark Giordano exposed. Yeah, it’s a bit awkward to expose the team’s captain and a past Norris Trophy winner, but Tanev is six years younger than Giordano, more than $2 million less expensive than Giordano, and has flat-out been better all-around than Giordano this season. Tanev would give Seattle significantly more value than Giordano, which is why you protect him.
I think Brad Treliving gets at least one more season as general manager for a few reasons:
That said: assuming Treliving stays, he’ll have a shorter leash compared to usual because of how messy the last few seasons have been due to things that he did have control over. I don’t think Jeff Gorton’s availability really changes very much for Flames’ ownership or upper management.
Odds are low for a full tear-down. Part of that is economics: the business model of the team relies upon a full Saddledome and that depends on a competitive team. But the other part of it is sheer logistics: the team is in a much better position roster-wise and prospect-wise than they were when Jarome Iginla was traded in 2013 and the last rebuild began, and so they don’t really need to throw the wrecking ball in order to build up the next iteration of the team.
Unless the club really loves Louis Domingue, it seems likely that they go to free agency or explore the trade market. (There aren’t a lot of exciting free agent options out there right now.) They probably want somebody who can play 20ish games and not be terrible, and are able to be not terrible for about $1.5 million.
Four of the nine players arguably have a case to come back next season, in the following order:
Leivo and Nesterov have been frequent healthy scratches. Domingue, Robinson and Rinaldo were almost exclusively taxi squad bodies. It’s hard to imagine a lot of mutual desire to re-sign here if there wasn’t a ton of desire to have them play every game.
They likely do not. If we see a deal, it might be to direct them towards someone like Kylington and away from someone like Ryan or Giordano that they’re exposing and would prefer to keep.
Of the three mentioned, the closest to a steal may be Kylington. He’s still incredibly young, but he’s played a lot of pro hockey and he hasn’t really done anything to convince the scouts that liked him back in his draft year that they were wrong. He skates well. He moves the puck well. He just needs NHL reps to build and reinforce NHL habits. The Flames haven’t had a chance to give him those reps because of their precarious playoff situations the past few seasons, but he could be great value for Seattle.
But nobody’s seen Glenn Gawdin or Matthew Phillips at the NHL level enough to have realistic expectations about what they could be at that level. But those hopes and dreams are much more realistic for Kylington given how much NHL hockey he’s already played.
Yes. The Flames are finally done, mathematically eliminated. There are four games left on the docket with only draft implications for the club.
Uncategorized
Recent articles from Ryan Pike 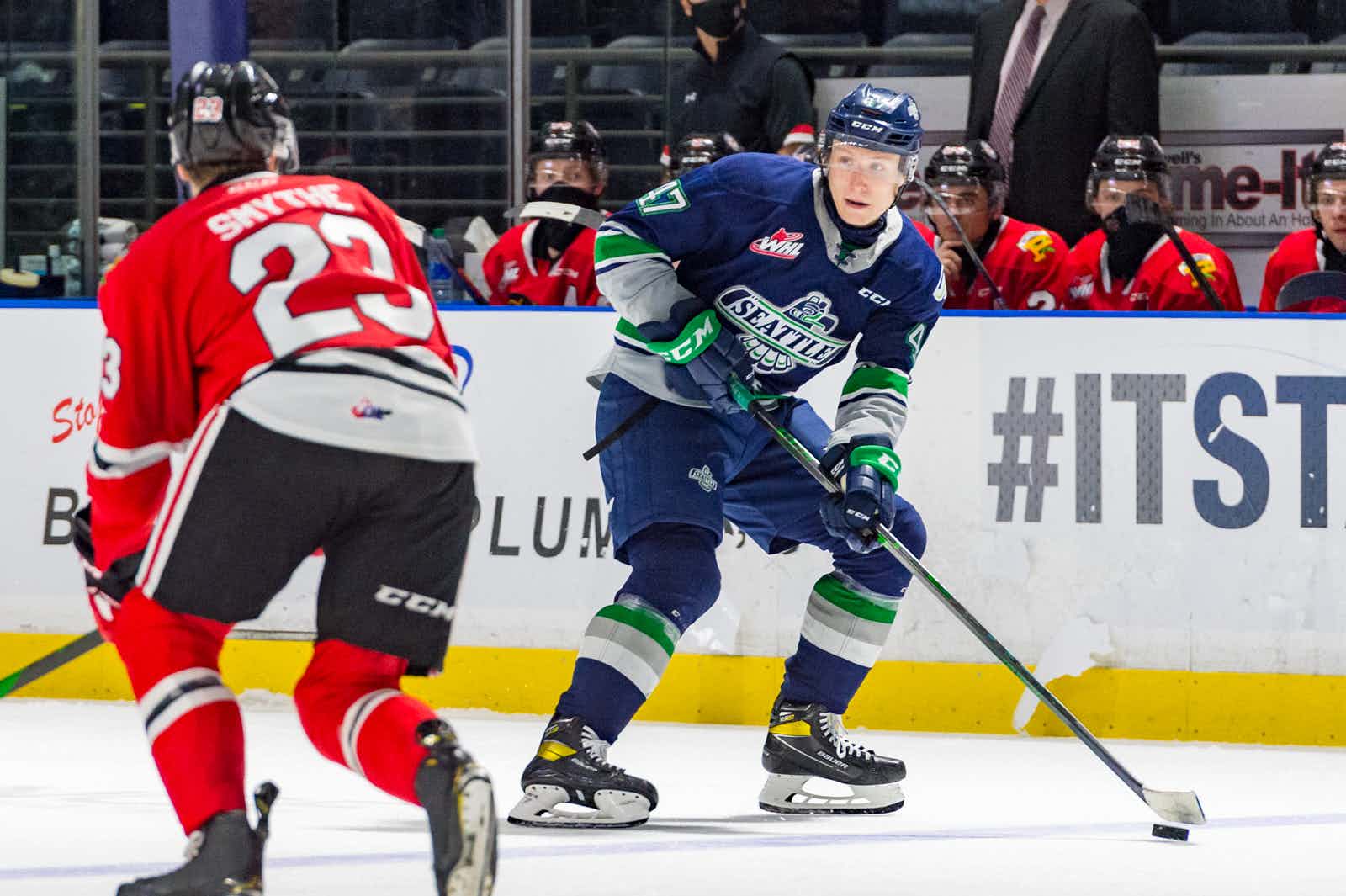 Editorials
FlamesNation prospect report: Another trip to the junior leagues
Do Not Sell My Info
Privacy Settings