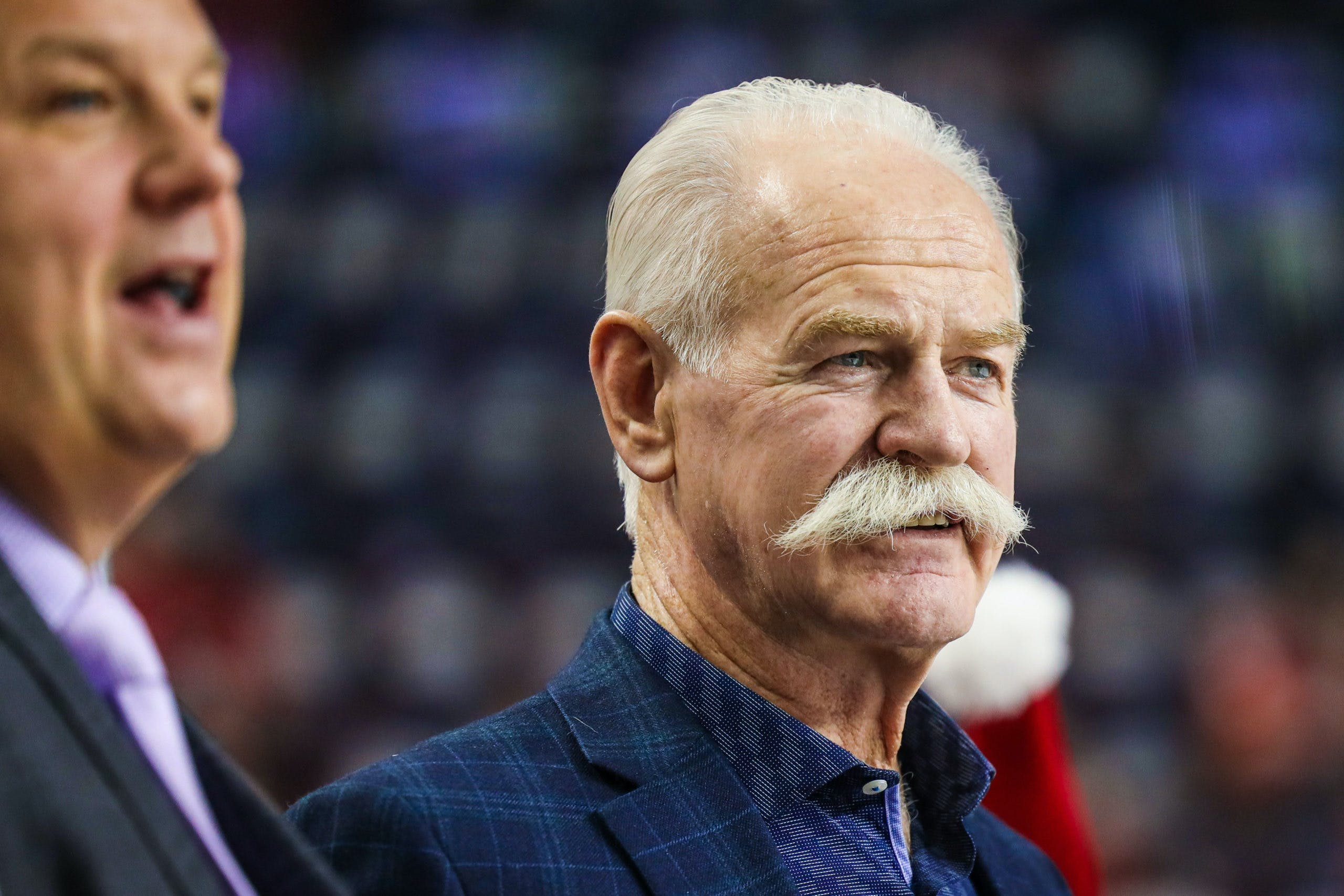 By Zach Laing
10 months ago
The man, the myth, the moustache, the legend.
Lanny McDonald is set to receive the highest hockey honour in Canada.
Announced Wednesday, McDonald has been named to the Order of Hockey in Canada as a distinguished honouree for 2022. Alongside him are Montreal Canadiens legend Guy Lafleur, and Canadian women’s hockey star Kim St. Pierre.
Acquired by the Flames in 1981, McDonald played 492 games with the Flames over eight seasons racking up 215 goals and 191 assists over that time.
McDonald joined the Flames in a blockbuster deal with the Colorado Rockies that saw him and a fourth-round pick go to Calgary in exchange for Don Lever and Bob MacMillan.
Over the course of his 16-year, 1111 game career, McDonald won a Masterton Trophy and a Clancy Trophy, and was a two-time all-star. He too was a key cog in the engine that helped bring the Flames their lone Stanley Cup in 1989, his final NHL season.
McDonald was named to the NHL’s Hall of Fame as a member of the 1992 class. Two years prior, the Flames had retired his number 9.
Zach Laing is the Nation Network’s news director and senior columnist. He can be followed on Twitter at @zjlaing, or reached by email at zach@oilersnation.com.
Uncategorized
Recent articles from Zach Laing