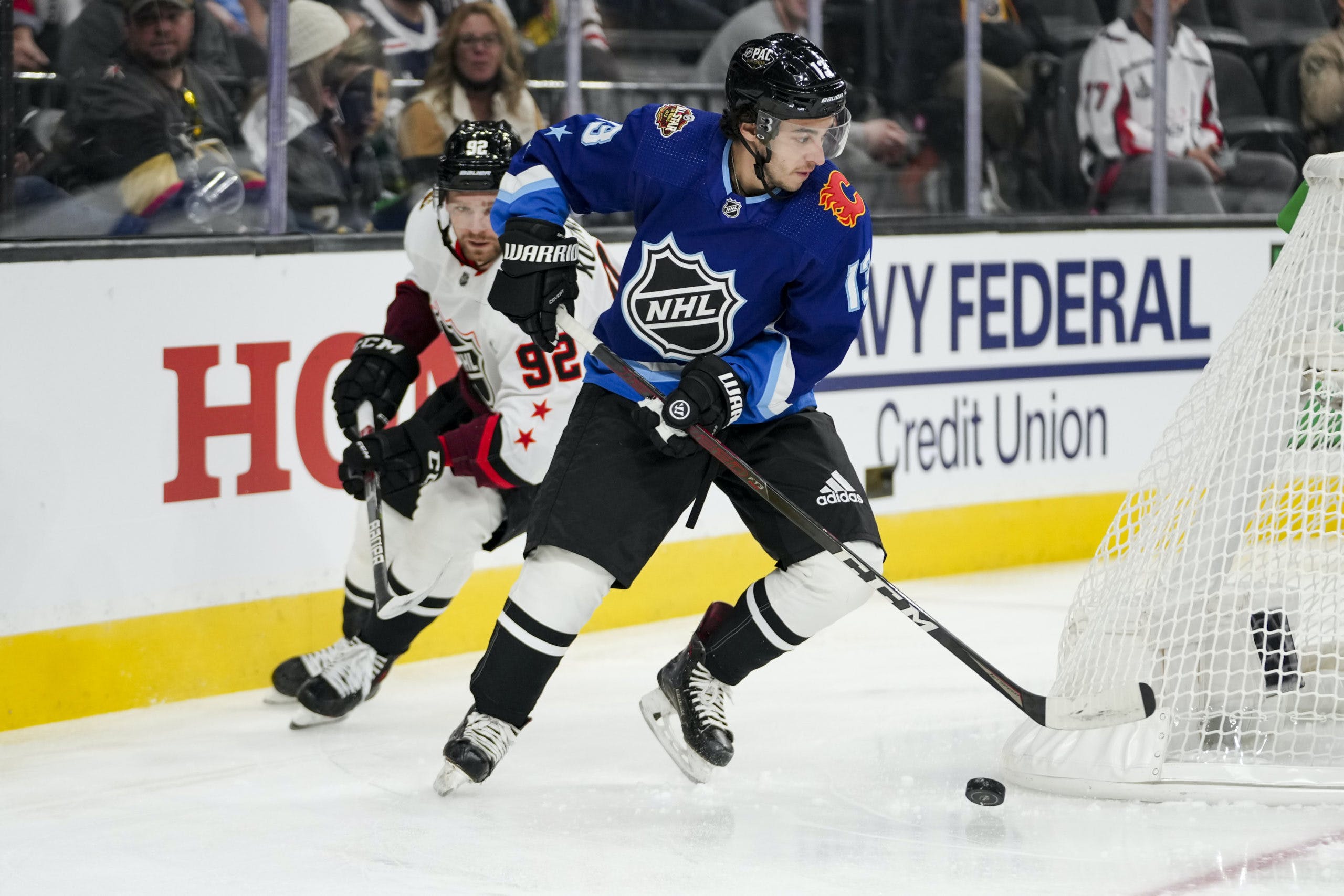 By Mike Gould
10 months ago
Calgary Flames forward @Johnny Gaudreau took part in his sixth NHL All-Star Game on Saturday as a member of Team Pacific, which fell 6–4 to Team Metropolitan in the three-on-three tournament semifinal.
Gaudreau picked up the secondary assist on @Timo Meier’s goal at the 2:27 mark of the first period, which drew the Pacific even with the Metro at one goal apiece in the semifinal game.
@Jonathan Marchessault, @Jordan Eberle, and @Mark Stone also scored for the Pacific. New Jersey Devils forward @Jack Hughes led the way with two goals for Team Metropolitan, which also received goals from @Tom Wilson, @Claude Giroux, @Sebastian Aho, and @Jake Guentzel.
Team Metropolitan advanced to play against Team Central in the tournament final. Philadelphia Flyers captain and eventual 2022 All-Star Game MVP @Claude Giroux led the way in that game with two goals to help the Metro win the tournament.
As was the case in Friday’s skills competition, Sportsnet had Gaudreau mic’d up for the game. The 28-year-old winger was often deployed alongside two other forwards, meaning his defensive capabilities were put to the test on more than one occasion.
Gaudreau has now represented the Flames at six NHL All-Star Games (2015, 2016, 2017, 2018, 2019, and 2022), with his team winning in 2015, 2016, and 2018. He’ll play his next meaningful game on Feb. 9 when the Flames host the Vegas Golden Knights at the Scotiabank Saddledome.