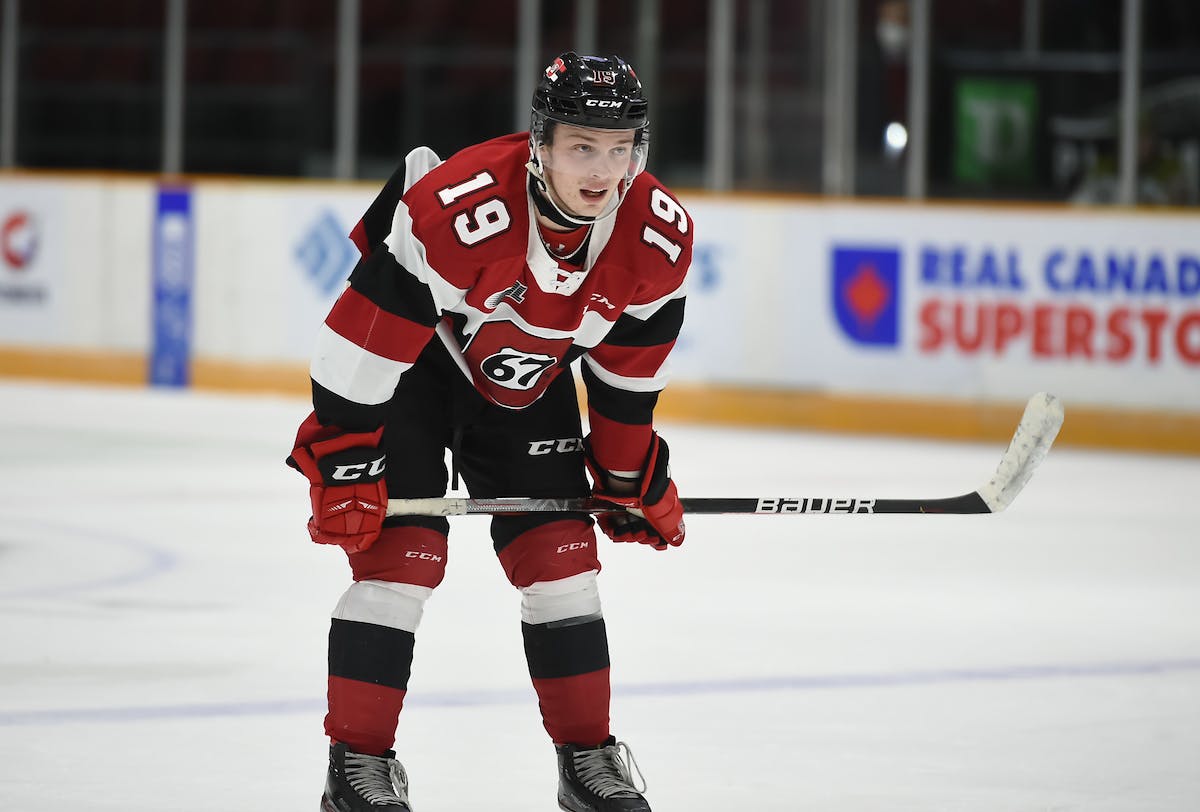 By Ryan Pike
2 months ago
Friends, we’re in mid-November and, quietly, we’re creeping up on the 2023 World Junior Championship. This year’s tournament runs in Halifax and Moncton over the winter holidays, and we’re a couple weeks out from camp rosters being announced and around three weeks out from the camps themselves.
Which Flames have realistic chances of going to the tournament? We handicap every eligible player’s chances!
For the unfamiliar, the World Juniors are the IIHF’s Under-20 World Championships, and they’re open in 2023 to players born in 2003 or later. (That excludes top Flames college prospect Matt Coronato, who was born in 2002.)

Lucas Ciona (Canada)
Ciona has no international experience, which puts him behind the eight-ball. But he’s off to a strong start with the WHL’s most impressive team right now. Moreover, he’s tied for 22nd in WHL scoring and when you knock out the eight overagers, he’s tied for 14th in the WHL among World Junior eligible players. His lack of profile and experience probably keep him off the team, but depending on how big a camp roster they invite, he has a decent chance of getting a look.
William Strömgren (Sweden)
Strömgren’s been firmly on the Tre Kronor’s since before his draft year. He’s got a good amount of experience representing his country, and he attended Sweden’s World Junior summer camp on their “challenger” roster of secondary prospects. His challenge is that he hasn’t quite done enough on the club level to generate sufficient buzz; he’s carved a nice niche for himself as a quiet, reliable role guy for Brynäs, but he’s not really a player who generates a ton of excitement. He’s solid, but unspectacular, and he would have needed to be spectacular at some point to get some buzz.

Jack Beck (Canada)
So, remember how we noted that Strömgren didn’t have a ton of buzz? Beck’s, like, the opposite. He attended Hockey Canada’s summer camp and has experience from the Under-17s. He’s been awesome with the Ottawa 67’s this season, though he’s missed time recently due to an upper body injury. If he’s healthy, he’s a shoo-in for an invite to camp at the very least.

Topi Rönni (Finland)
There are no sure things in life, but Rönni’s pretty close in regards to the World Juniors. He’s been on their teams before. He was at their summer camp. He just represented them at the Five Nations Cup. He’s put up good numbers in U20 and in limited usage in Liiga this season. Aside from having a small sample size this season due to an injury and an illness, it’d be hard to justify keeping him off of Finland’s roster.
Which Flames prospects are you hoping to see at the World Juniors? Let us know in the comments!
Editorials
Recent articles from Ryan Pike