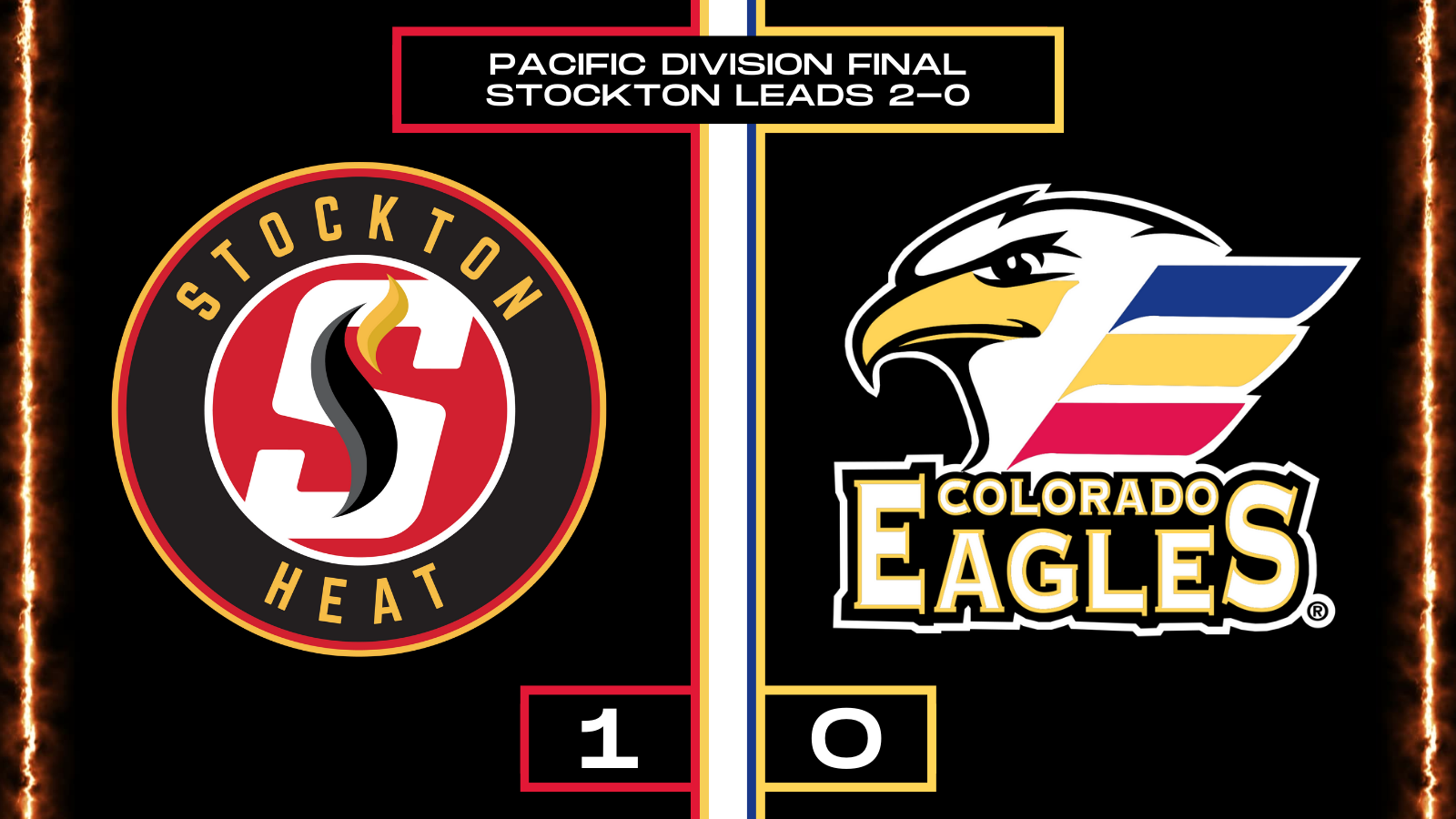 By Paige Siewert
6 months ago
The Stockton Heat and the Colorado Eagles wasted no time getting their series going by playing the first two games of their series on back-to-back nights. The Heat came off a game one 5-0 win on Monday and brought the momentum into Tuesday. Stockton had the home-ice advantage for the first two games and hosted the Eagles for game two in a low scoring game. The final results were a 1-0 win for the Heat with a back-to-back game-winner from Justin Kirkland and another shutout to add to Dustin Wolf’s hockey resume.

Something against second period scoring

Back-to-back games on back-to-back nights and neither of them brought first period scoring between the Stockton Heat and Colorado Eagles. While this was a lot more modest of a game in scoring, it followed the same pattern of waiting until the second period to get the goal horns going.
Justin Kirkland scored the first and only goal 4:27 into the second period at almost an identical time as the previous game. A 18-second difference to be exact. Kirkland’s power play goal was assisted by Byron Froese and Matthew Phillips.
Unlike Monday’s game, there is not any more scoring to report. Not through the rest of the second or through the third at all. Kirkland’s goal took the Heat all the way, especially with Dustin Wolf in net. Wolf gets another shutout on back-to-back nights by stopping all 27 Colorado shots. He picked up the first star of the night with Justin Kirkland getting the second and Byron Froese getting the third.
The Heat won despite being outshot 27-24 and went one for four on the power play and killed off both of the Eagles penalties on Tuesday night.

Both teams will have a few days for the Eagles to return home and for the Heat to pack their bags to go to Loveland, CO for their Friday night match-up. With a 2-0 series lead, the Heat have backed the Eagles against the wall and put them a game away from elimination. This series is still a best of five and could be over as soon as Friday night.
If this game does not go the Heat’s way, they will play Sunday night and Tuesday night all in Colorado if needed. Friday’s game will get started at 7:05 p.m. MT.