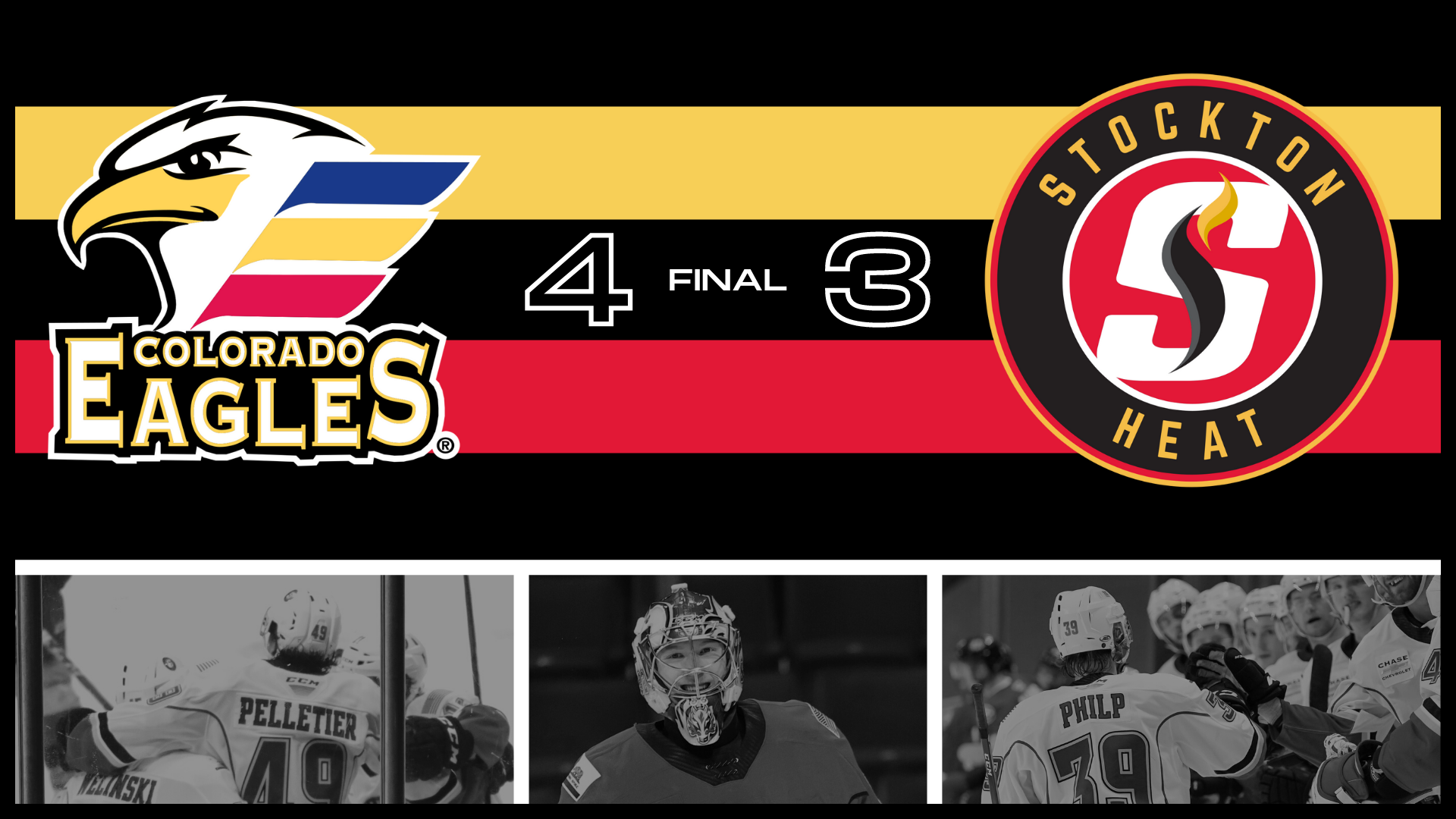 By Paige Siewert
10 months ago
The hunt for the Heat’s playoff spot continues as they were unable to secure the single point they needed to clinch on Friday night. They travelled to Loveland, Colorado to face a pretty much sold out Eagles crowd. It was a tough building to play in and the energy of the fans radiated and rallied behind their home team. The Heat kept it close and stayed ahead for most of the game, but slipped up in the last half of the third period. They fell 4-3 in the first game of this weekend match-up.

A two-goal lead doesn’t secure a win in hockey for sure but it’s definitely a good place to start. The Heat looked ready to go in this game and kicked off the scoring first. Jakob Pelletier opened the scoring with a power play goal 4:56 into the game. Pelletier’s 23rd of the season was assisted by Matthew Phillips and Glenn Gawdin.
This goal started a long string of pushing, shoving and fighting that escalated as the game went on. By the third period, they were getting into full-on line scrums. As far as goals though, the next one didn’t happen until the second period. Luke Philp appeared to be the next scorer 8:11 into the second period in a sprawling effort.
However, after game came to an end and the scoring was finalized, this goal was credited to Connor Zary. Philp still picked up an assist alongside Nick DeSimone. The Eagles started their comeback just past the midway mark of the second and scored once more with just over two minutes to go in the second period with a shorthanded marker.
The Heat weren’t knocked down too much as they started the third period. Phillips got things started on the power play just 1:13 into the third. This goal took a lengthy review as it originally appeared that Phillips interfered with Colorado’s goaltender. The final ruling was he was pushed into the net by an opposing skater and the goal stood. Connor Mackey earned an assist as well as Pelletier, who was up to a multi-point night.
The Eagles tying goal occurred just shy of five minutes into the third period and things kept getting interesting. The crowd of over 5,000 was absolutely electric and both sides of the ice were feeding off of it. Despite quite a bit of verbal and physical exchanges after the whistles in the third, the officials were letting them play and penalty minutes were kept to a minimum.
With 5:15 to go in the third period, Colorado took their first lead of the night and that was just enough for them to beat the Heat. Dustin Wolf went off for the extra attacker at 18:18 and the Heat had their looks but it came too late. The one point they needed to punch their tickets to the playoffs was not awarded this night.
The Heat weren’t necessarily 100% outplayed but their chances were outnumbered. Not only with the score but also in shots. They outshot the Heat 43-31 and Dustin Wolf did what he could to control the bleeding.

There were a few roster updates of note in this game. Johannes Kinnvall played in Wednesday’s game but was scratched in this match-up. It’s unclear at this point if this was a healthy scratch or due to injury. Kinnvall has been solid in recent games picking up seven assists in the 13 games he has played in this season. Could be Mitch Love switching things up with the amount of hockey his squad has been playing lately.
Another interesting note was the return of Martin Pospisil, who was absent from the lineup for almost a month with an upper-body injury. His return to the lineup wasn’t a guns-blazing type of event as he only registered one shot on net all game.
Adam Ruzicka was also not dressed in this game. With the trade deadline looming, it is possible he hasn’t made the trip back to Stockton yet and is stuck in a little bit of limbo until Monday afternoon’s deadline hits.

Another quick turnaround with the Heat as they stick around in Colorado to get another shot at them Saturday night. After losing two straight, a win would not only be nice to get back on track but to also get that last point of their magic number. Their last game of the week will take place at the same time with puck drop scheduled for 7:05 p.m. MT.