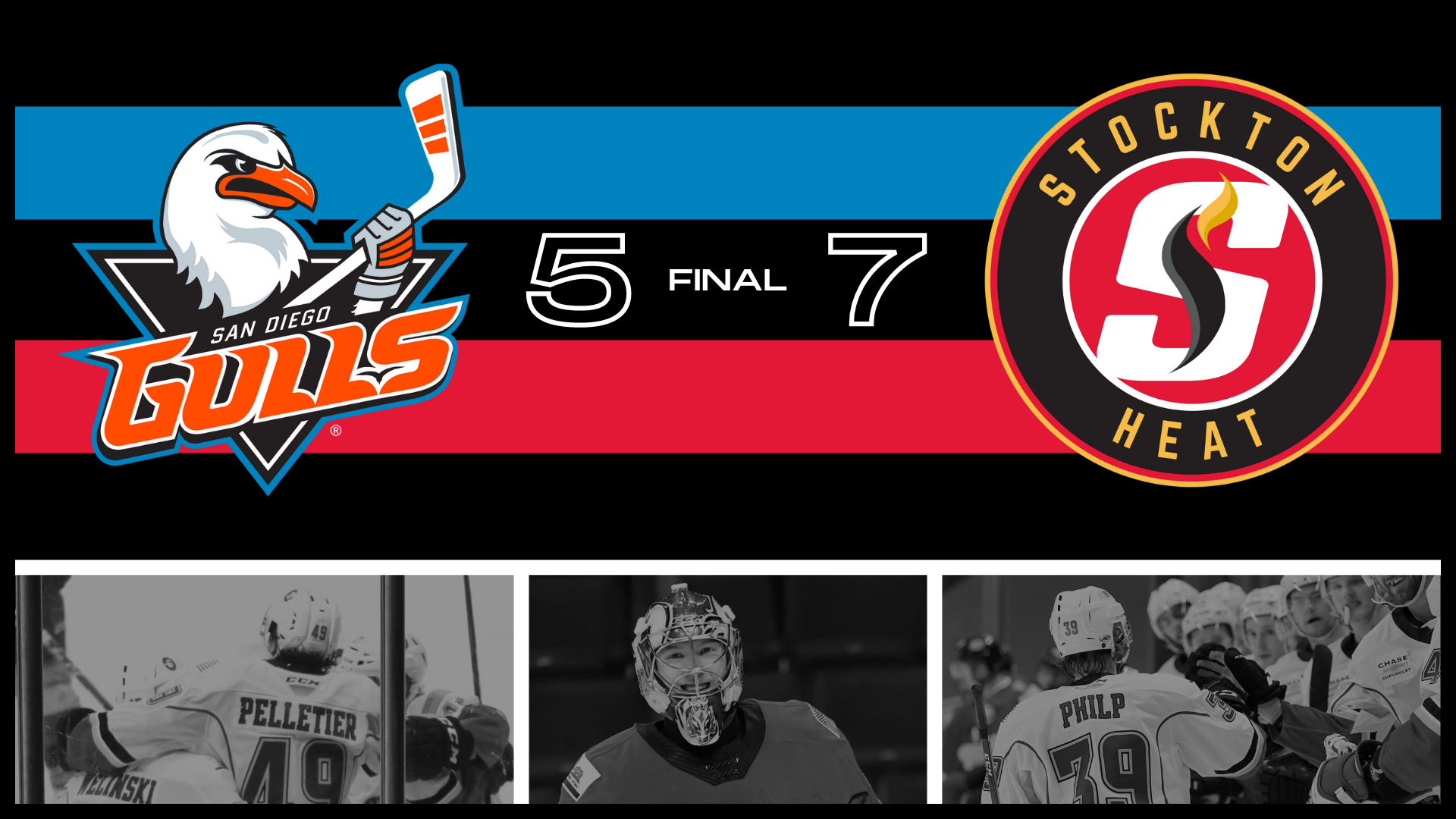 By Paige Siewert
8 months ago
Stockton wrapped up their week of hockey with a road game in San Diego. This was a game full of goals and a much-needed win for backup goaltender, Adam Werner. The Heat didn’t play any multi-game series against the same team this week like they usually do, so seeing three different teams for three different games was a little change of scenery for the Pacific Division leaders. They beat the Gulls 7-5 and earned their fourth win in a row.

Bring on the scoring

The Head and the Gulls built up their scoring as the night went on. They both only scored once in the first period before the Heat scored three in the second to the Gulls’ one and they both scored three in the third.
The Heat got things started with a late first period goal by Emilio Pettersen when he faked out the Gulls goaltender,
33 seconds later, the Gulls answer back and the period ended tied up at one. In the second, Stockton started to pull ahead on the scoreboard. Just past the midway mark of the second, Glenn Gawdin starts the second period scoring with a shorthanded goal assisted by Jakob Pelletier.
Gawdin has been finding the scoresheet but this goal was his first goal in over two months as he last scored on Jan. 15 against the Tucson Roadrunners. Connor Zary followed up on Gawdin’s goal with a goal of his own a minute and 15 seconds later by burying the puck he found right on the doorstep.
The Gulls got one back a few minutes later but the Heat kept the scoring going when Luke Philp scored his 20th goal of the season soon afterwards.
After Philp’s tally, scoring concluded in the second and the Heat finished the period up 4-2. In the third, San Diego scored early on the power play and again with an even strength goal about two minutes later. The gap in the score closed but the Heat didn’t let it go too far. Andy Welinski put up a marker 8:16 into the third to regain the Heat’s lead.
From there, the Heat pushed their score from five to seven with two empty-netters by Luke Philp and Bryone Froese in the last two minutes of their game. This secured their 7-5 victory. A high scoring game where the Heat outshot their opponents 36-26. Werner stopped 21 out of 26 Gulls shots and owes a lot of credit to his team for having his back on the scoring side of things on Sunday night to keep them ahead.

The records just keep on coming. This win in San Diego gave the Heat their 18th road win of the season and tied their road win record for a single season. They’ve still got eight road games to go in the season to break and set the new record and this will be added to the long list of accomplishments this season has already brought them.

The Heat head back home and will be back in action on Wednesday. They will host some familiar opponents with the Colorado Eagles coming to town for their mid-week match-up. Stockton last played the Eagles on Mar. 19 and it was a big one. A 10-3 win and a clinched playoff berth to be exact.
After that, they will host the San Jose Barracuda on Saturday night then hit the road to play them again on Sunday for the back half of the series. Their next game on Wednesday is set for a 7:30 p.m. MT puck drop.