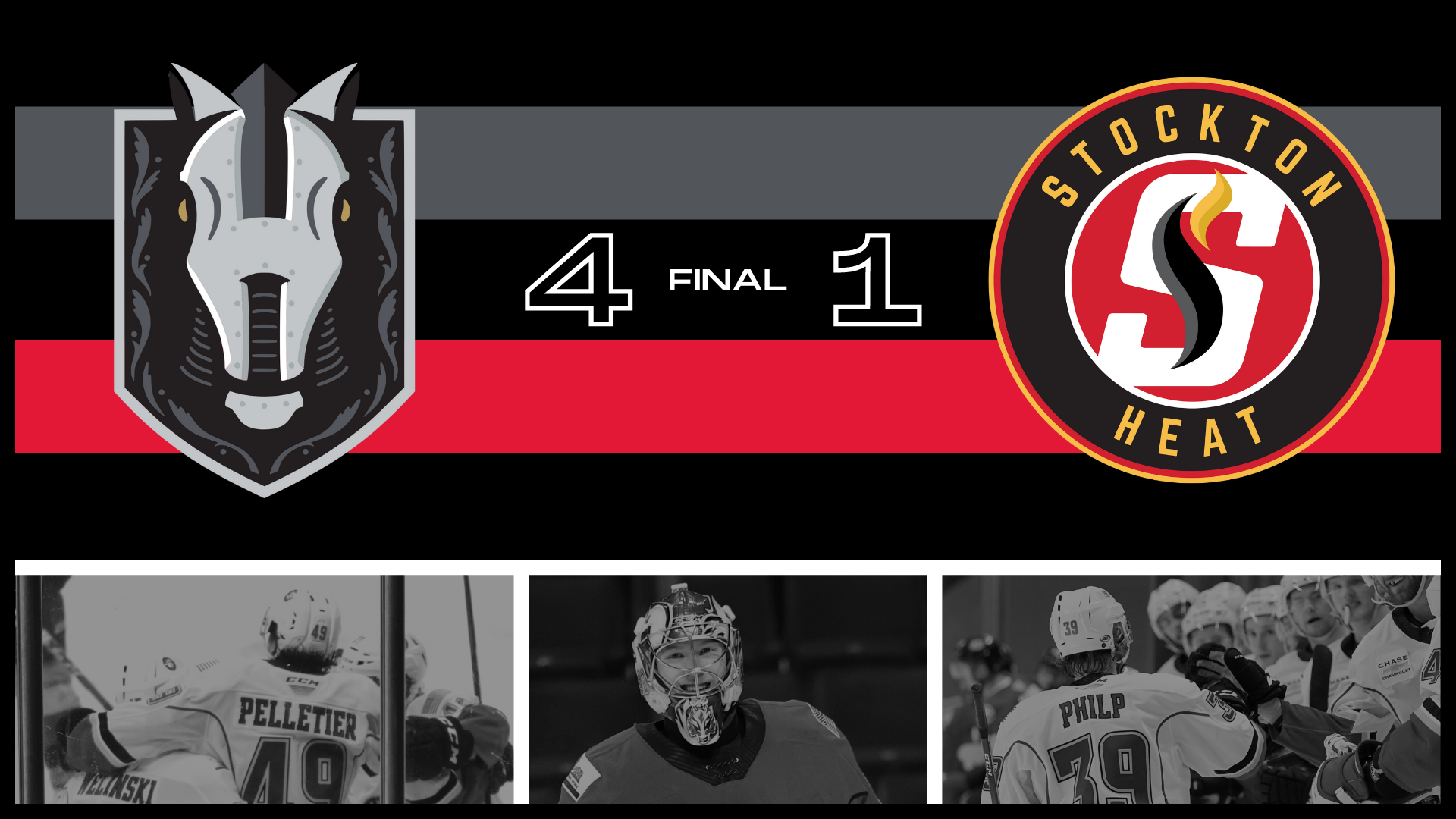 By Paige Siewert
7 months ago
The Stockton Heat finished up a series they probably want to leave in the rear view mirror on Saturday night. After falling to the Henderson Silver Knights on Friday night, they were unable to get their final revenge on the season series and lost again on Saturday in a 4-1 final score. They finish their season series with a 3-3-2-0 record.

Justin Kirkland is arguably one of the Heat’s most underrated players. Not only is he a shootout phenom but he also provides a baseline of consistent scoring for the Heat. He makes the scoresheet almost every game and when the rest of his teammates aren’t producing, he still seems to find a way.
That was the case even in this game. Kirkland scored the Heat’s first and only goal 3:40 into the third period. He was in the right place at the right time to chip in the puck. Assists went to Juuso Valimaki and Byron Froese.
Unfortunately, Kirkland can’t win a game himself so while he continued his goal trend, none of his teammates were able to follow suit.

Dustin Wolf got the start again in this game and didn’t do himself any favours with his record. However, a loss here and there or even on back to back nights doesn’t discount the season he’s been having.
The Silver Knights were having quite a night on the offensive side of things and were also getting lucky on some plays that aren’t always going to result in goals. His first goal against occurred at 7:13 into the game with a deflection that ended up on the opposite side than he was positioned.
The next goal occurred in the second period 12:31 in. This one was more of just a tip your hat and move on goal and it was a well-placed shot that got the better of Wolf.
In the third, two more goals made their way past Wolf with the third goal against happening on a serious deke out by the Henderson skater. The fourth goal was perhaps the unluckiest of them all as Walker Duehr knocked Wolf out of position while also screening him leaving a perfect path for the puck to the back of the net.
Still, in 45 games played this year, Dustin Wolf has not even hit double digits in losses and sits at eight losses total.

Rest up for Playoffs

After a week of playing the same team, they will switch things up next week with three games against three different opponents. The next Heat game will be on Wednesday against the Tucson Roadrunners when they return home. Game time is set for 7:30 p.m. MT.