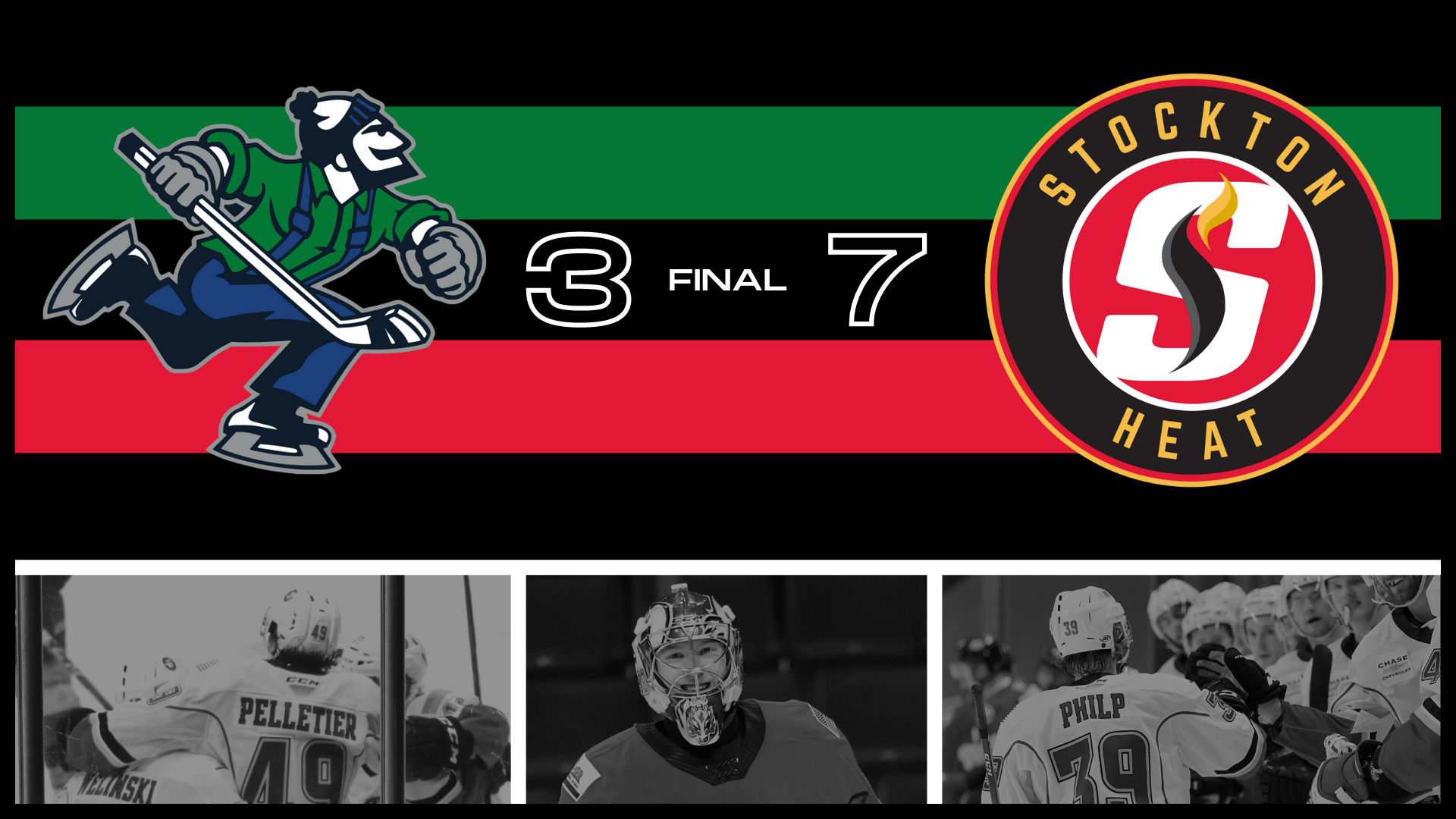 By Paige Siewert
9 months ago
The Stockton Heat did some serious picking on the new guys as they breezed past the Abbotsford Canucks on Thursday night by a score of 7-3. A career night out of Matthew Phillips, some taxi squad returns, a couple of short-handed goals and a couple of power play goals and all of a sudden, the Canucks are well past the point of a comeback. The Heat have had a pretty light schedule in recent weeks but their play shows they have not missed a beat.

All eyes on Matthew Phillips

Phillips is a fan-favourite in the Flames organization and since his long-time linemate, Adam Ruzicka, is making some strong impressions in the Flames lineup, a little spark might be igniting in number 11. Could he be the next forward knocking on the Flames’ doorstep? It’s worth some serious thought for sure.
Matthew Phillips scored his first career hat trick in this match-up against Abbotsford. For how much of a powerhouse he is on the scoring side of things, it is almost hard to believe he has not achieved this accomplishment before. This was not even the only milestone he reached in this game. Phillips also broke the record for the career Heat goals, setting a new record with each goal Thursday night. Who previously held this record? Andrew Mangiapane. Safe to say he is in good company.
If you weren’t already impressed, Matthew Phillips also scored all three of his goals in this game in one period. All came in the third starting off with this tip-in on the power play 4:50 into the period.
The other two goals were not as flashy as they were shot into an empty Abbotsford net. His second goal came at 17:36 and was assisted by Martin Pospisil. His hat trick goal occurred exactly a minute later while the Heat were shorthanded. After this effort, Phillips is now up to 17 goals on the season and 53 goals in his professional career.

This wasn’t a one-man win by any means. There were other exceptionally strong performances by other Heat players that contributed to this impressive win. Connor Mackey opened up the scoring in this game after the announcement came on Wednesday that he and Byron Froese would be returning to Stockton after being up on the Flames taxi squad.
Mackey scored off a shot from the blue line just 2:51 into this game with assists going to Alex Gallant and Emilio Pettersen.
The Canucks were able to get a goal back just past the midway mark of the period but the Heat answered back within the same minute to take back their lead. Luke Philp scored his first goal of the night and 10th goal of the season on a one-timer at 11:51 with Walker Duehr and Justin Kirkland credited with the helpers.
The Canucks evened things up once again before the end of the period, keeping pace with the Heat through 20 minutes of play. The Heat were given another grade-a opportunity in the second as Justin Kirkland got his chance at a penalty shot but did not capitalize on it. No harm done as the momentum continued to flow in the Heat’s direction with another goal coming about a minute and a half later on the penalty kill, once again of the stick of Luke Philp.
This short-handed goal earned the Heat’s lead back and gave them the opportunity to put up some more lamp-lighters to prevent their opponents from keeping up with their scoring. They completed two full periods ahead 3-2 on the scoreboard.
In the third period, Jakob Pelletier and Matthew Phillips both scored on the power play within 39 seconds of each other. Martin Pospisil picked up another point on Pelletier’s goal and Glenn Gawdin earned the secondary assist.
The Canucks got their third and final goal on the power play later in the period but even a 5-3 score was not a close enough gap to extend this game to overtime. The Canucks pulled their goalie with just over four minutes to go in regulation and well, you know how this already plays out with two empty-net goals by the man himself, Matthew Phillips.
Despite the lopsided scoring, the shots were even at 29 a side by the end of this game and Adam Werner was in net to pick up the win.

Next up on the schedule

It is only a two-game week for the Heat as they will play the Abbotsford Canucks once again on Friday night at 8:00 p.m. MT. This game is offered as a free game on AHL.tv so feel free to tune in even if you do not have a paid subscription. With a road back-to-back match-up against the Canucks, expect to see Dustin Wolf in net on Friday night’s rematch.