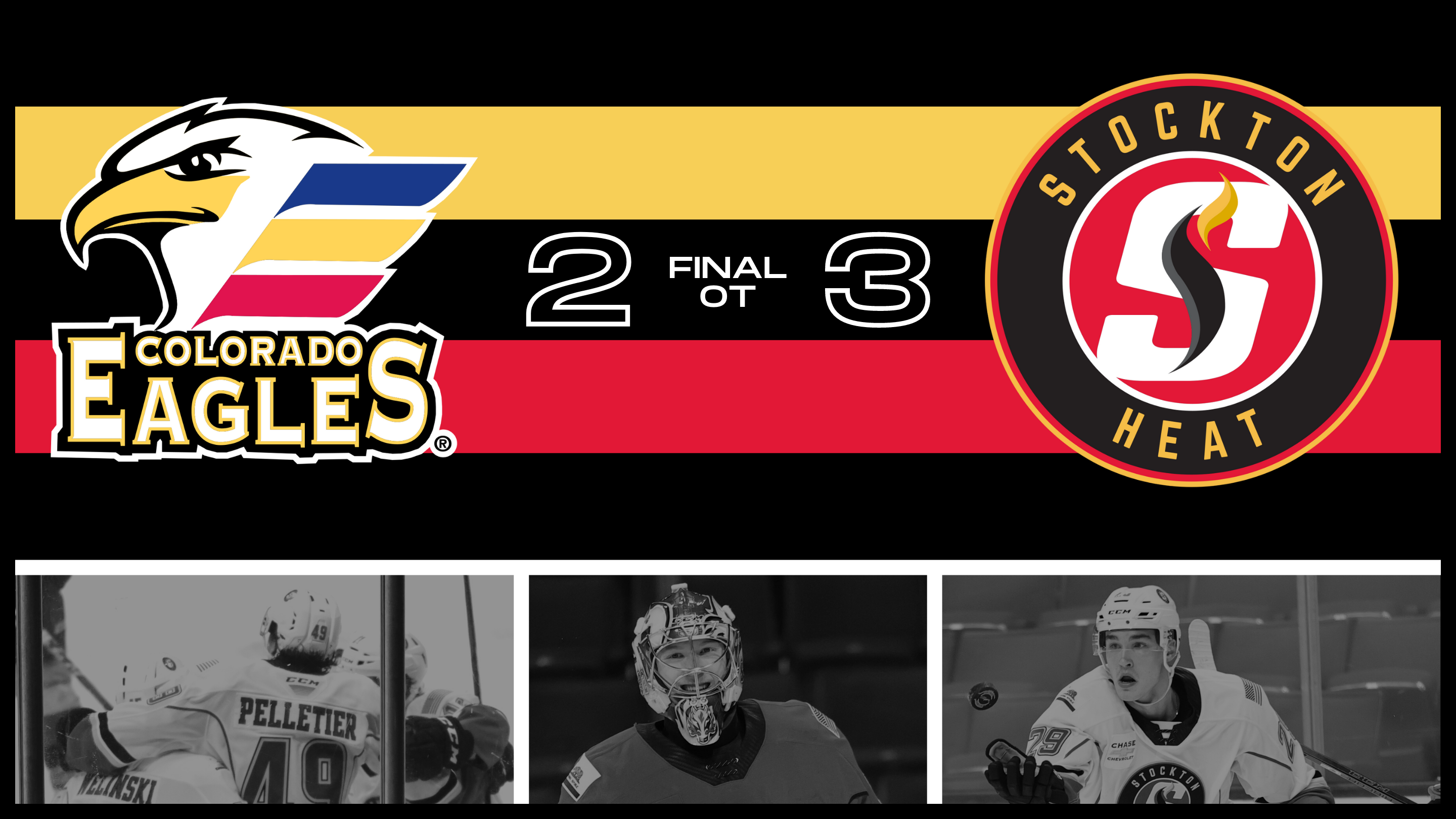 By Paige Siewert
1 year ago
The Stockton Heat kicked off their weekend series on the road against the Colorado Eagles on Friday night. This was their second match-up of the season as the Heat were victorious in their first game back on October 30th by a score of 6-3. They continue to be consistently solid and earn themselves another win against Colorado by a score of 3-2 in overtime.

Another Game-Winner for Pelletier

Even with how early it is in this season, Pelletier is earning himself a reputation as the go-to guy for game-winning goals. He picked up his fourth game-winner in this competition and as a result, he leads the league in this stat category. He scored his seventh of the year 2:03 into overtime and Martin Pospisil and Nick DeSimone picked up the helpers.
Another stat category he pulled ahead in is team scoring. Pelletier is averaging over a point per game as he sits at 17 points in 14 games with the Heat this season. He has scored seven goals and assisted on 10 to pull ahead of Adam Ruzicka’s 16 points on the year. Pelletier also sits at sixth in the league in overall scoring. Not bad for a rookie huh?

The Eagles and the Heat kept this one much closer as the Eagles have been playing some solid hockey in their last stretch of games. The Eagles last six games were decided by one goal. This game made it seven and they proved they were not an easy opponent to steal a win away from.
Neither team really got rolling in this game and the first period came to an end without a goal for either side. Colorado had the biggest advantage in shots, outshooting the Heat 16-5 through the first 20 minutes, but Dustin Wolf kept things scoreless. It wasn’t until 3:37 into the second period where Byron Froese would open up the scoring in this game and put the Heat ahead 1-0.
The Eagles took their time to answer back as it wasn’t until the 16th minute of the second where they scored twice in 46 seconds. The Heat outshot the Eagles 13-9 in the second period, but it would be the home team that would finish the period ahead 2-1.
The Heat seemed to take that a little personal in the second intermission as Glenn Gawdin wasted no time in the third evening things up. At the 55 second mark, Gawdin snuck in a snipe five-hole and tied things up at two.
That would end up being the only goal of the third period and this game carried over to overtime where as you already know, Jakob Pelletier would go on to score the game-winner. Dustin Wolf picked up his seventh regulation win of the season, stopping 30/32 Eagles shots.

Martin Pospisil made his return to the lineup in this game after missing a few weeks with a day-to-day upper-body injury. Pospisil played in the Heat’s first eight games of the season and had not been in a game for them since November 5th against Abbotsford. He slid into Adam Ruzicka’s spot on the top line with Matthew Phillips and Jakob Pelletier as Ruzicka was called up to the Flames earlier this week.
Also back for the Heat, Walker Duehr. Duehr spent the last couple of weeks with Calgary as he was called up at the end of October and skated in his first and only NHL game so far on November 14th against the Ottawa Senators. In six games with the Heat this season, Duehr has earned two goals and two assists for a total of four points.

One More for the Road

The Heat have one more game this weekend before they finish up their games for the week. They face the Eagles again on Saturday afternoon to complete their back-to-back weekend series in Loveland, Colorado. You can catch this game before the Flames play as puck drop will be at 3:05 p.m. MT.