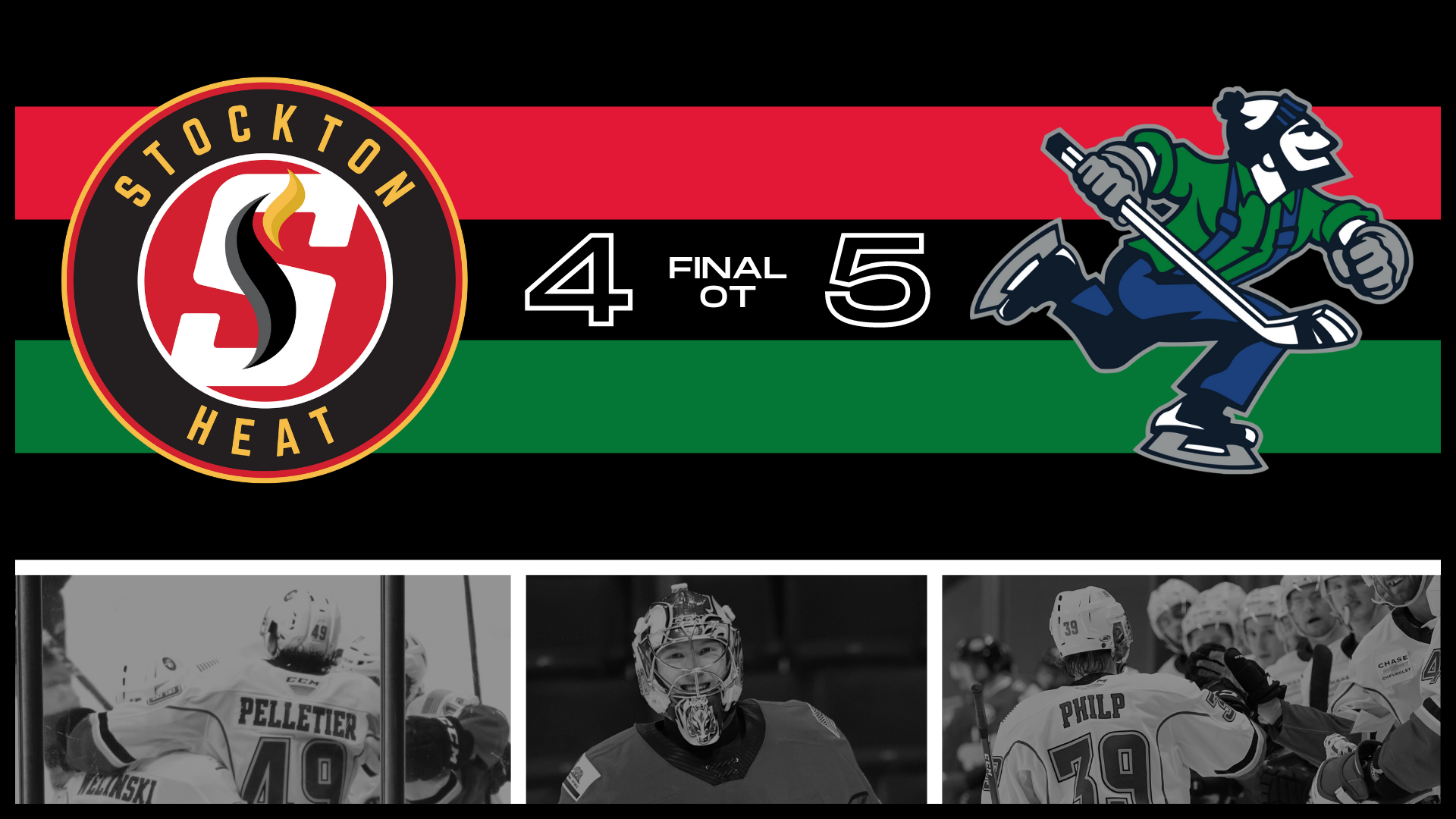 By Paige Siewert
6 months ago
Friday night was the big night for the Stockton Heat. Or it could have been… It was Stockton’s last game at home and the perfect opportunity to clinch the top spot in the Pacific Division in front of their own crowd. Their clinching scenario required two points in their game against the Canucks and an Ontario Reign regulation loss. The Reign held up their end of the bargain, but the Heat were only able to walk away with a single point in their 5-4 overtime loss.

It wasn’t just one guy doing all the work on the Heat’s side of the scoreboard. Four Stockton goals came off the sticks of four different skaters. However, there was one forward involved in every single goal and that was none other than Jakob Pelletier. He finished the night with four assists, three shots and a plus-one rating. Quite an accomplishment and one worthy of the third star of the night.
Now back to the goals. If there was a scorer to bet on for the Heat, Justin Kirkland would be a solid choice. Kirkland has quietly scored in the last seven of 10 games and opened up the scoring in this game as well.
His goals don’t need to be snazzy when he can place a shot as well as he does. Kirlkand scored this goal on the power play 8:34 into the game.
The Canucks answered back later in the period and the first finished up with a 1-1 tie. In the second, Abbotsford scored first and pulled ahead. This didn’t last long as Matthew Phillips was the next attacker to score for the Heat. A huge goal for 11 as it was his 30th of the year, making him the first player in team history to reach this mark.
Glenn Gawdin snapped a seven game scoreless drought with a goal about three minutes later to earn the Heat’s lead back going into the third period.
In the third, the Canucks scored at about the midway mark and Byron Froese scored a power play goal to put the Heat up 4-3.
Unfortunately, that did not stick and the Canucks snuck in one more goal in the last three and a half minutes to force overtime. Despite the Heat putting up four shots, it was the Canucks who scored on their first shot of the extra frame 3:26 in to win the game.

There was quite a notable absence from the Stockton bench on Friday night and that was of Dustin Wolf. Daniil Chechelev got his first AHL start and Adam Werner backed him up. Chechelev played the year for the Kansas City Mavericks and put up a 28 save night.
On the depth side of things, there was no sign of Wolf and no confirmed transactions yet. Could his first NHL start be on the horizon?
It could be an interesting Saturday morning for the C of Red if some transactions are announced from the big club. If Wolf is making the trip up to Calgary, you would think they would make it worthwhile at this point in both team’s seasons.

The Heat have three games left on their regular-season schedule with the next one taking place on Saturday evening against the Bakersfield Condors. This will wrap up their week before they play their final two next week. Game time in Bakersfield is set for 8:00 p.m. MT. Just a single point is all they need to solidify the top of the Pacific Division and earn a free ticket to the second round of playoffs with a first-round bye.