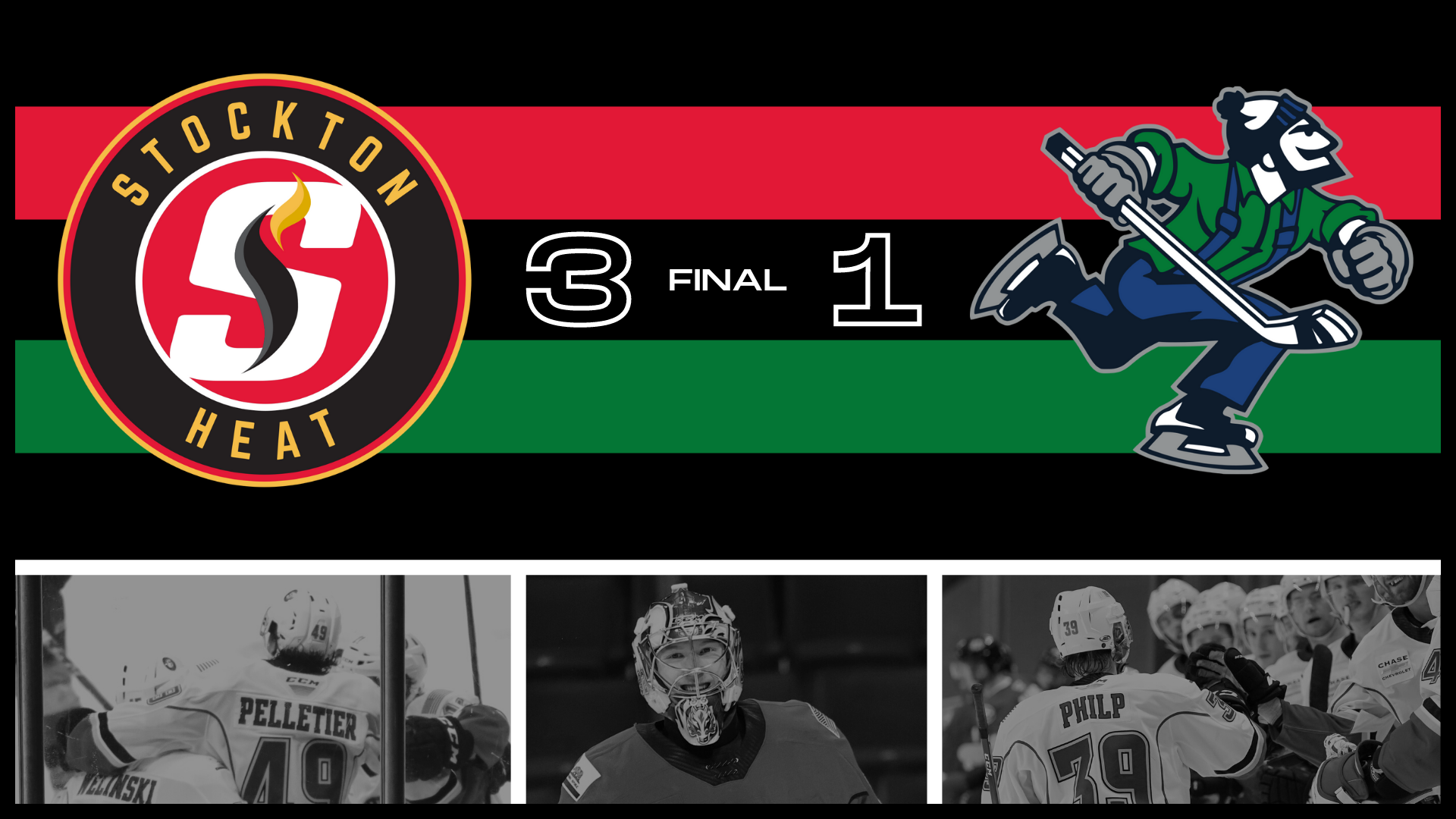 By Paige Siewert
8 months ago
It was Latin Celebration night at Stockton Arena and this brought some sweet new jerseys and the Abbotsford Canucks to town for some Friday night hockey. They kept their winning streak on the week and won this game by a score of 3-1. Before we get into the weeds, check out these threads.

Beating up on the new guys

The Abbotsford Canucks have had next to no luck making it past the Heat this season. The only win they have in their season series was on the back half of a weekend series that Stockton was pretty gassed for. After this win, the Heat lead the season series by a mile at 6-1-0-0 with two games to go. They will see each other one more time in late April to wrap up their series.
Now by beating up on the new guys, I didn’t mean it literally. They kept this game pretty tight and tame with only seven penalties between the two of them. Through the first 40 minutes, this number was only four.
Abbotsford struck first but Jakob Pelletier evened things up before the first period came to a close. He had a beautiful shorthanded goal that was assisted by Glenn Gawdin and Connor Mackey.
Special teams played quite a role in this game with the game-winner coming on the power play. 5:23 into the second period, Luke Philp scored on a tic-tac-toe play assisted by Martin Pospisil and Juuso Valimaki.
Luke Philp picked up another point in the third when he assisted on Justin Kirkland’s empty netter with 1:07 to go in regulation. This finished up the scoring for the game and the Heat earned their 3-1 win.
Dustin Wolf had another solid outing stopping 26 of 27 Abbotsford shots and earning the third star of the night. All three stars were awarded to Heat players with the second star going to Jakob Pelletier and the first star going to Luke Philp.

There were a couple of unexpected absences in this game. They appear to be short-term at this time.
Emilio Pettersen and Adam Ruzicka were absent from the lineup due to illness. There are no other specifics at this time but this could keep them out of the lineup on Sunday as well. However, the team was okay without these two key players and still pulled out a win.
With the Heat already guaranteed a playoff spot, it is really not the end of the world if some of these guys are off for a night or two here and there.

The Heat’s week has given them a schedule where they see three different teams. No back-to-backs. A nice change of pace for the number of games they end up playing against their fellow Pacific Division opponents. Now that they’ve played two of them, the third will be the San Diego Gulls to finish up the week. They will hit the road and play them on Sunday. The Game time is 6:00 p.m. MT.