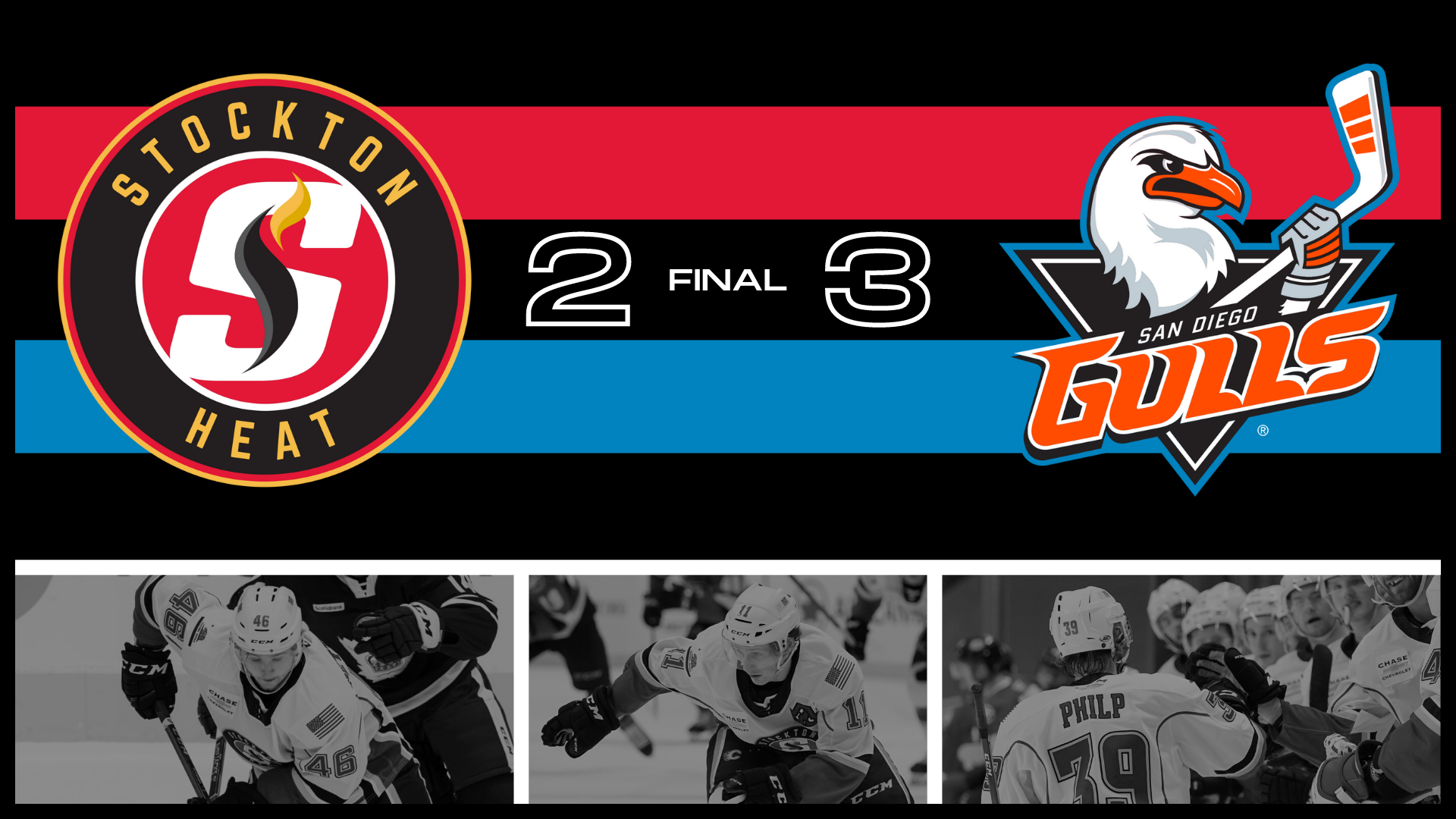 By Paige Siewert
1 year ago
The Stockton Heat hosted the San Diego Gulls for a one off midweek game to break up the regular two-game series schedule they normally play. This was their second game of their five game homestand to finish up this month in Heat hockey. The Heat saw some regulars return to the lineup and despite being up 3-1 in the season series, they were not able to earn their fourth win in this match-up against the Gulls. Justin Kirkland was the sole scorer for the Heat but they fell by a score of 3-2.

If you were looking to catch the start of this game on AHLtv, you would have missed a majority of the first period due to technical errors. This happens from time to time so it is not the end of the world by any means. However, the lack of video coverage prevents second looks at the goals that occurred through the first 20 minutes of play. Despite this, both teams decided to get creative in their goal “replays.”
It was the Gulls that would open up the scoring in this one. Another instance where the first team to score would eventually go on to win the game. Brent Gates Jr. scored his second goal of the season 6:48 into the game. This is San Diego’s artistic rendition of this goal.
The Heat media staff also had to put their artistic skills to the test as Justin Kirkland answered back and lit the lamp 13:51 into the period. The lone assist on his goal went to Walker Duehr. Here’s how the team “saw it.”
All jokes aside it was a great back and fourth period that caught the Heat on their heels a bit to start but generated some offensive opportunities for themselves later in the period. With just over five minutes to go in the first, the AHL stream came back online and remained functional for the rest of the game.
Things stayed even through the second period until San Diego regained the lead at 17:57. It was a bit of a broken play that ended up working out in their favour.
Through the third period, the Heat were itching for a goal. They had their chances but nothing super high danger until the last five minutes of regulation. The Gulls pulled ahead by another goal at 17:34 that was a result of a pass behind the net getting thrown out front and tipped in. Had this goal not occurred, this game may have very well gone to overtime.
Justin Kirkland snuck in one more goal on the night almost exactly two minutes later at 19:35 but with so little time left, they were unable to make some magic happen to tie things up and force things out of regulation. His second goal of the night was assisted by Jakob Pelletier and Glenn Gawdin and earned Kirkland the second star of the night.
Shots stayed very close all game with the first period being 10-8 San Diego, the second being tied at 11 and the third being 11-10 Stockton for a final calculation of 31-30 in favour of the Gulls. Adam Werner was between the pipes for the Heat in this game and stopped 28/31 San Diego shots, but ultimately took the loss.

Wednesday’s injury update was not as lengthy as it was in the previous game. The Heat regained all their key skaters that were in Covid-19 protocol last weekend including Martin Pospisil, Jakob Pelletier, Colton Poolman, Luke Philp, and Justin Kirkland. Lucky they had too, otherwise, this game could’ve gotten blown wide open.
However, there are still three absences of note that are injury-related.
Connor Zary and Juuso Valimaki are still listed as day-to-day and Andy Welinski is listed as week-to-week. Hopefully, they are able to get the rehab and recovery they need so the Heat can be pretty close to full strength on their roster.

The Heat’s upcoming schedule for the weekend includes a back-to-back series against the Henderson Silver Knights on Friday and Saturday night. Historically, the Heat have mostly split up these series to allow each goaltender to get a night off. However, Adam Werner has also gotten the last two starts. There were days between those games but with Henderson being one of the Heat’s toughest opponents this season, Friday could really decide if Wolf plays on back to back nights or not.
It is safe to assume he is at least starting on Friday night and as the Heat’s recent games have proved they are not an unbeatable team anymore, they could use a momentum-shifting weekend with a strong series against a strong team. There is a slight chance, Dustin Wolf could be leading the charge in net for both.
We will see what transpires in their upcoming games with their first game of the series taking place this Friday at 8:00 p.m. MT.