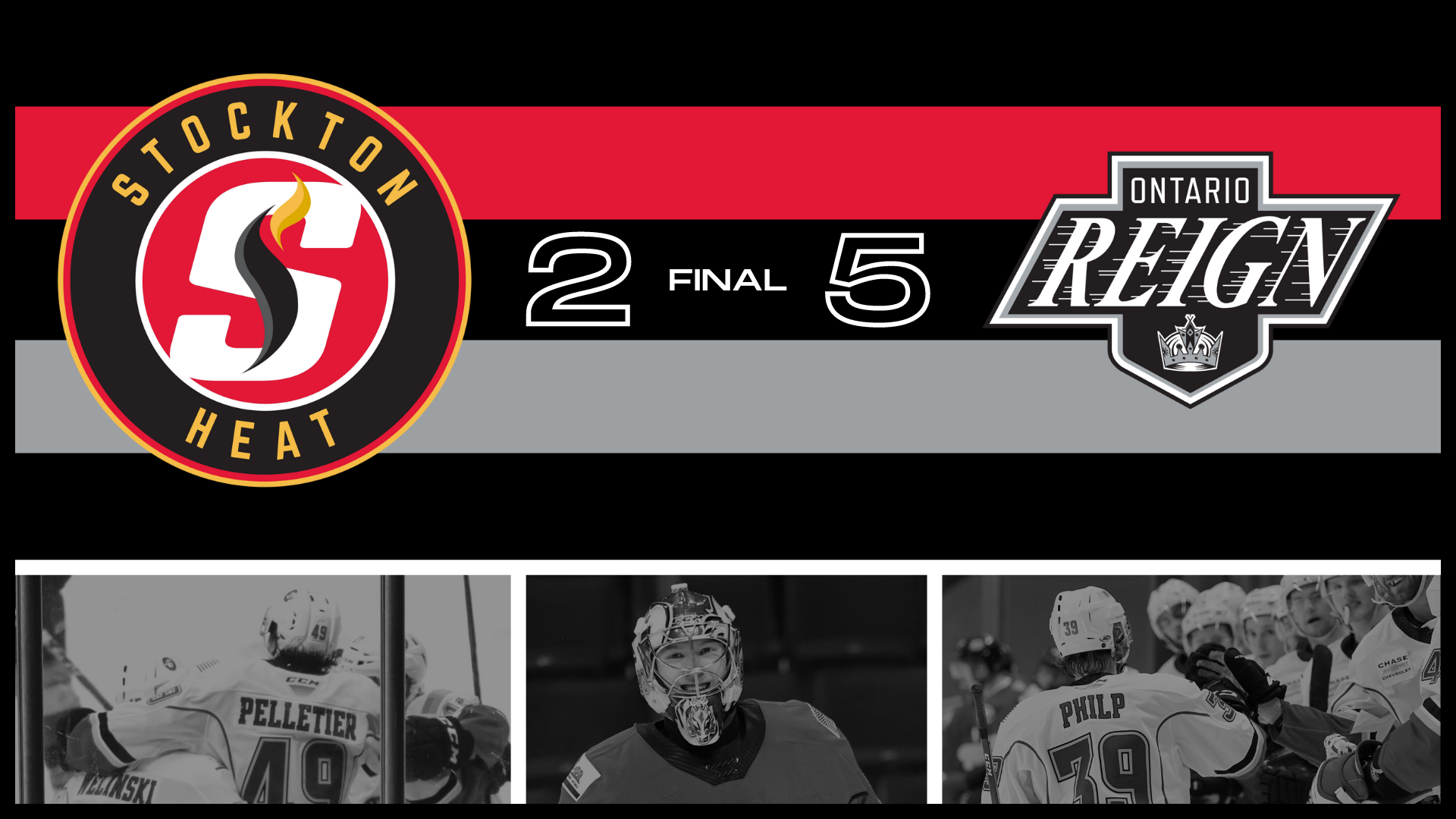 By Paige Siewert
9 months ago
The Stockton Heat have had quite a slow schedule the last couple of weeks. Friday’s match-up was just their fourth game since Jan. 23. Coming from a team that was playing 2-3 games a week, hopefully, a slowed down schedule isn’t detrimental to the progress they have made in the standings up until this point in the season. The Heat saw a familiar rival on Friday, kicking off the weekend against the mighty Ontario Reign. Unfortunately, they were not able to hold it down in their own barn to start this series and drop this game 5-2.

An anomaly came up for the Heat on Friday as Dustin Wolf did not finish the game he started. Wolf played through two complete periods but was replaced by Adam Werner to start the third. It wasn’t the best game for his stats as he allowed four goals on 30 shots. Here is the last goal of the second period that would have lead to the decision to give Werner the nod for the last twenty minutes.
The Reign’s previous goals beat Wolf on a slap shot whistled right past him, an insanely unlucky sharp angle shot and a wrist shot that the Reign skater practically walked into the zone with. Ontario had Wolf’s number and it looked like they were targeting his blocker side up high, leaving him very little time to react and quite a large slot to shoot at. If you watch all the Reign’s goals back to back, it is almost like they were playing on a cheat code.
Now Wolf is known to bounce back in a large way. I wouldn’t raise many concerns after this outing and write it off more as something to build character as opposed to losing faith in a goalie that has been so integral to the success of the team this year.

Two for the home team

The Heat’s two goal performance was not quite enough to gain them much control over the Reign. The silver lining is at least they were the ones to kick off the scoring and didn’t wait too long to ignite the goal lamp. Emilio Pettersen kicked off Stockton’s scoring just 2:06 into the game after Justin Kirkland set him up for the tip-in.
The Reign answered back late in the period and squashed the Heat through the second, scoring four unanswered goals in about 22 minutes of game play. Stockton wasn’t super behind in shots through two, trailing 30-23 but they had some ground to make up in the third.
All they could come up with through the last twenty was a goal by Byron Froese at 12:30 assisted by Nick DeSimone and Justin Kirkland. Later in the period, the coaching staff made the decision to pull Werner with 3:11 to go in regulation. The Heat were able to register four shots but none were enough to close the gap, let alone go for the comeback.
They lose this game 5-2 and were only within one shot of the Reign when it was all said and done. Even after this loss, the Heat are the favourite to win on Saturday as they have yet to lose on back to back nights the entire season.

The Reign and Heat have been battling for the top of the Pacific Division for the majority of the season. Thankfully, Stockton has been consistent enough to hold the top spot for the most part but Ontario is a constant reminder how close things really are. Their records are almost identical and the only things that separates the Heat from the Reign is one more win for the Heat and one more shootout loss for the Reign.
They also show their rivalry on the ice not only with their scoring but also with their physical game. Gloves were dropped only 2:12 into this game after Alex Gallant squared up with Jacob Doty. Just past the midway mark of the third, Martin Pospisil also got involved in the punch throwing and earned himself some time to think in the penalty box.
Their last game on Jan. 29 resulted in some post-game extracurriculars and clearly neither side forgot about that. I wouldn’t expect Saturday’s game to tame things down much and a close competitive sixty minutes or more could really be in the cards for these two. Werner will likely get the start on the back end of the series to show a different face in net and give Wolf some time off after Friday’s loss. The second and final game for the Heat this week will be on Saturday at 7:00 p.m. MT.