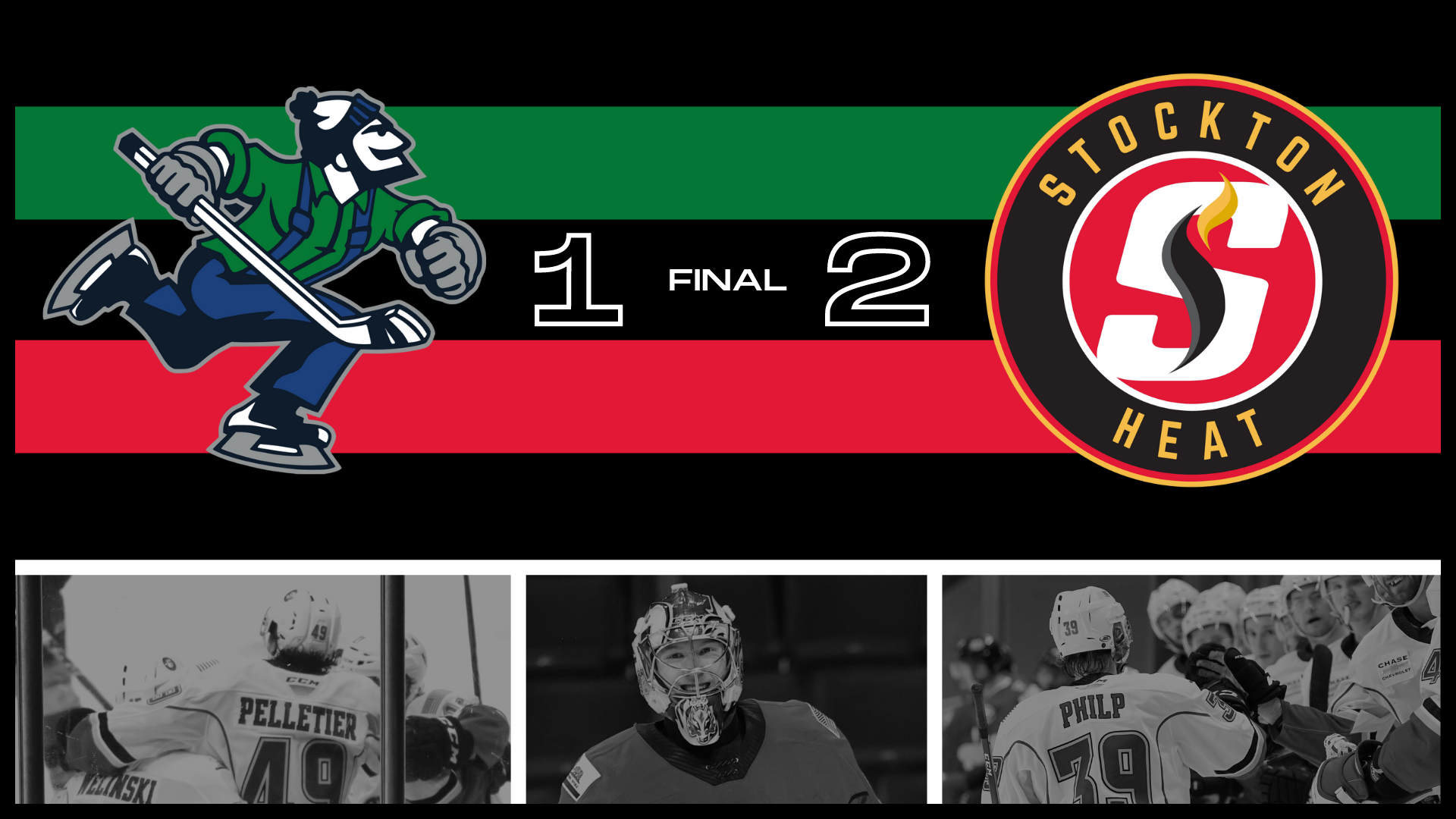 By Paige Siewert
1 year ago
The Stockton Heat and Abbotsford Canucks completed their two-game series on Friday night. The Heat leave town with a perfect sweep following their 2-1 win. This streak also extends through the season as their last two-game series resulted in the same perfect record for Stockton. With the Abbotsford Canucks just joining the league this year, they have still yet to beat the Heat in the whole history of their franchise. These two will keep a fairly short memory about each other as they will play another two-game series later this month.
Top line scoring
After coming off a seven goal game on Thursday, things cooled down quite substantially for the Heat’s scoring. The top line, however, continued their momentum from the previous night. More specifically, Jakob Pelletier and Matthew Phillips.
Both Heat goals were scored in the first period with Jakob Pelletier opening things up at the halfway mark of the opening frame on an unassisted goal. Not a crazy play but with three Canucks players in front of the net, he was able to make some room for himself and shoot the puck around the defenders.
Matthew Phillips followed up with a power play goal with 1:24 to go in the period. This goal was a result of a well-executed passing play assisted by Glenn Gawdin and Johannes Kinnvall. This put Gawdin up to a whopping 23 assists on the year and 35 points in total. Here’s a look at the play.
Stockton scored these two goals on only eight shots in the first period while the Canucks almost doubled their efforts with 14 shots on their end. The second period did not bring any scoring for either side and shots were only 14-5 in favour of Abbotsford.

Someone said the “s” word

Dustin Wolf was robbed of a shutout after Martin Pospisil was called for holding with 3:27 to go in regulation. 35 seconds later, Abbotsford scored on the power play and upset Wolf’s perfect night in net for the Heat. That concluded scoring for the night and the Heat took a 2-1 win.
Dustin Wolf was named the first star of the night stopping 36/37 Abbotsford shots. His teammates, however, only registered 20 shots all night. If you haven’t checked in lately, Wolf is still one of the top goaltenders in the league in major goaltending categories and arguably best overall.
After this game, Dustin Wolf holds his first place position in wins with 19 and first in the save percentage category with a .934. His goals-against average is just below the league leader with a 2.01 at this point in the season.

The Heat are done for the weekend now and will not play again for another week. Next weekend they will host the Ontario Reign for a two-game series. These two have been battling it out for the Pacific Division and the Heat will need to do some specific preparation for this match-up in upcoming practices this week.
At this point, the Heat are the Pacific Division leaders. The Ontario Reign are within .21 of a win percentage away from the Heat’s position. Next weekend will really be a division battle that could result in a new Pacific leader if the Heat are not ready for it.
This series will kick off on Friday, Feb. 11 at 8:00 pm (MT).