Heat Post-Game: Paving the road to the Calder Cup 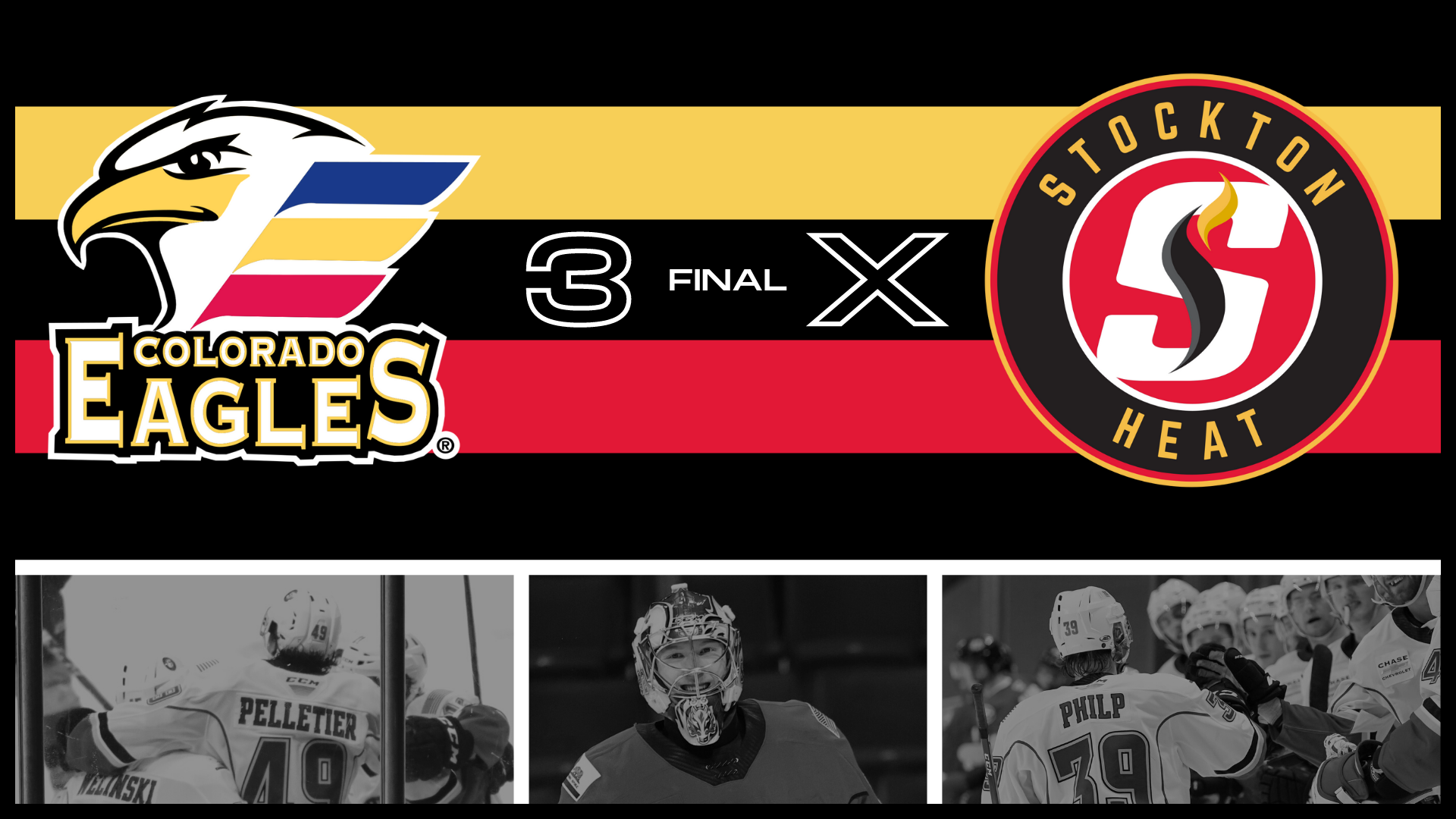 By Paige Siewert
8 months ago
After two failed attempts to clinch a playoff berth, the Stockton Heat have now surpassed their magic number of one in a dramatic fashion. If a statement was what they were looking for to clinch, a statement was made. The Stockton Heat absolutely steamrolled the Colorado Eagles on Saturday night, winning 10-3 and earning themselves a spot in the postseason for the first time since the 2016-17 season.

Points through the lineup

As if a 10-3 win wasn’t impressive enough, the entire Heat lineup with the exception of Ilya Solovyov, Glenn Gawdin and Dustin Wolf had points in this game. Wolf is only mentioned because he actually has two assists on the year, so we wouldn’t put it past him to add more points to his column.
Out of the 16 skaters that earned points in this game, eight of them had multi-point nights. They were Colton Poolman, Matthew Phillips, Martin Pospisil, Eetu Tuulola, Adam Ruzicka, Luke Philp, Connor Zary, and Jakob Pelletier. Here’s how those point totals came together.

Questions surrounding Adam Ruzicka’s whereabouts were answered on Saturday night when he returned to the Heat lineup. Ruzicka hadn’t played a game with the Heat since Nov. 22. He’s been up with the Flames for the last four months where he earned nine points in 23 games.
For the Heat, Ruzicka was up to 16 points in 13 games before this match-up. He picked up a pair of assists in this game and raised his point total up to 18. The gang was all back together with his assists coming on Matthew Phillips’ first goal of the night and Jakob Pelletier’s second goal of the night. Ruzicka also led the team in shots in this game with five.

It’s not every day you have 10 goals to talk about so let’s get started. The Heat scored first with Kevin Gravel’s second goal of the season 1:21 into the game. Just over a minute later the Eagles scored their first.
Matthew Phillips was the next to find the back of the net with a shot straight off the draw. All this happened before they were even five minutes into the first period.
14:27 into the first, Byron Froese scored his 16th of the season. It was a special night for the captain as he was playing in his 500th professional game. Four minutes later, the Eagles scored their second of the night and the period ended with the Heat up 3-2.
The second period was all Heat with Jakob Pelletier scoring 51 seconds in and Connor Zary scoring a pair of goals at 3:04 and 9:23. His second goal was a power play goal that he tucked in.
Zary was a goal away from his first professional hat trick but it didn’t come in this game. Something to look forward to for sure. The second period extended the gap between the teams with the Heat up 6-2.
In the third period, the Heat rally kept on rolling. Jakob Pelletier scored another goal in the opening minute of the period then Martin Pospisil a minute and five seconds later. At 15:05, Walker Duehr made it 9-2 for the Heat.
After an eventful opening five minutes of the third, things died down for a little bit. The Eagles crowd didn’t seem to let the score get them down and stayed pretty engaged for the remainder of the game.
Matthew Phillips scored the 10th and final goal of the night at 15:26 into the third and the Eagles were able to get one more goal before the game came to an end. Final score was 10-3 with the Heat outshooting the Eagles 38-31.

The Heat will have some time to bask in the glory of securing a playoff spot but it will not be in their best interest to lay off the gas in the next month or so. Maintaining and securing the top of the Pacific Division will earn them a first-round bye right into the Division Semifinals. They’ll have until the end of April to secure their seeding before the finalized schedule gets put together.
Not to get too speculative, but the current seeding could have the Heat playing the Chicago Wolves in the Conference Finals before they’re playing for the cup. The Wolves are currently right behind them in league standings and the Central Division leaders. Something to be aware of down the stretch.

Next week in Heat hockey

The Heat’s busy week of hockey has come to an end with them earning a 2-2 record. The upcoming week has them playing three games against three different opponents. They’ll kick things off on Tuesday in San Jose against the Barracuda. Then on Friday, they’ll host the Abbotsford Cancucks and finish the week in San Diego against the Gulls on Sunday.
Tuesday’s game against the Barracuda is set to start at 8:00 p.m. MT.